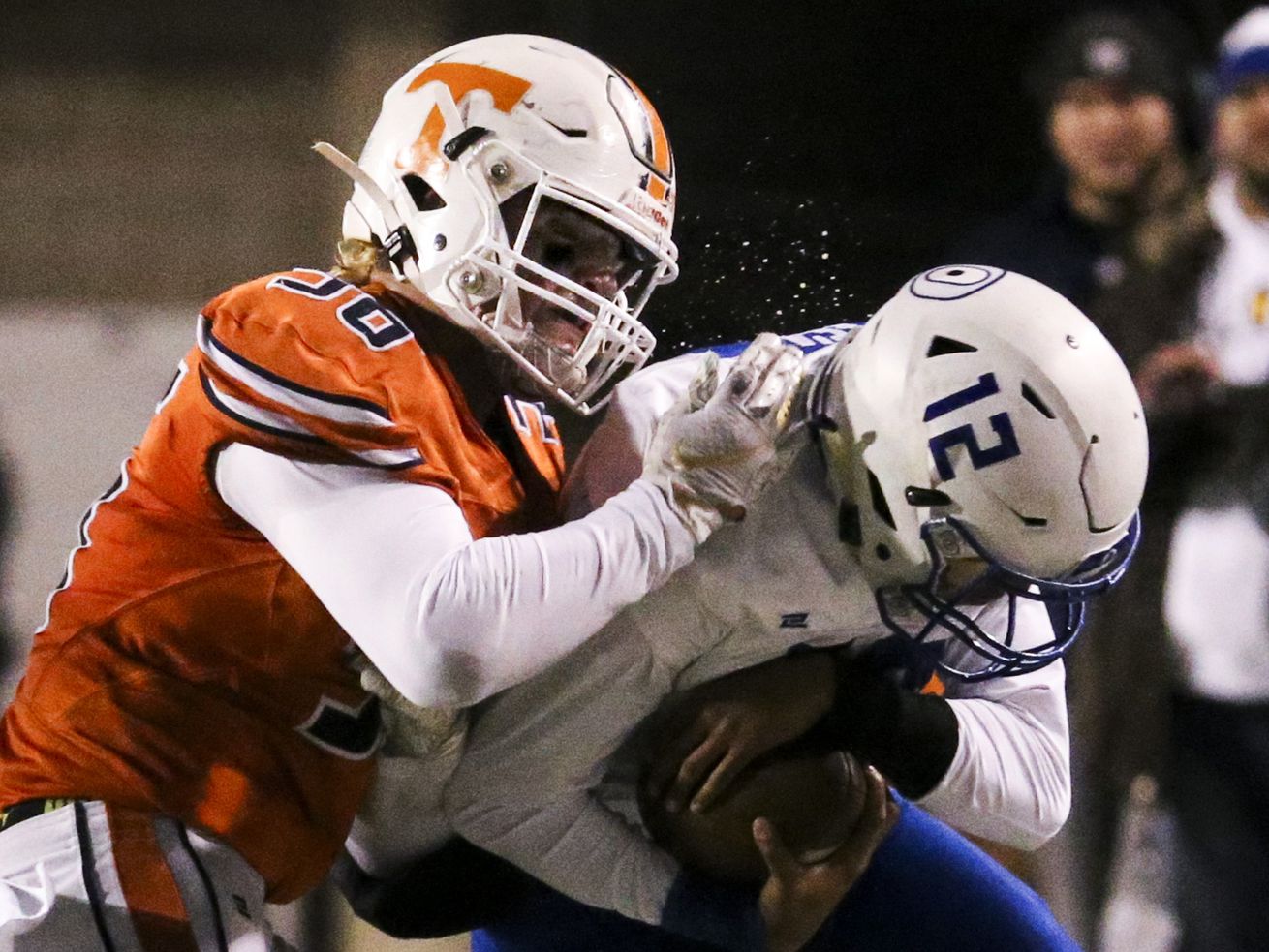 Seven weeks ago, after COVID-19 wiped out the long-awaited title game rematch between Timpview and Orem, Timpview coach Andy Stokes did his best to quell the disappointment among his players.

“I had to send out a message to all of them and said ‘it’s OK, we’re going to play them for sure in the playoffs,’” said Stokes.

It was impossible for Stokes to know for sure that they’d meet in the playoffs, but based on his assessment of 5A back on Oct. 1, he believed Timpview and Orem were the two most talented teams and was confident they’d eventually meet in the playoffs regardless of the round.

No. 9 Timpview and No. 2 Orem ended up being placed on opposite sides of the bracket, and just like Stokes reassured his players on that sad Thursday seven weeks ago, the rematch has finally arrived as the teams square off at Cedar Valley High School in the 5A championship on Friday at 3 p.m.

“I think everything lined up how it was supposed to happen,” said Stokes, whose team lost to Orem 21-7 in last year’s 5A state championship.

It’s a game Orem has been looking forward to all season as well, and there’s an added bonus of trying to win a fourth straight state title.

“There are a lot of bragging rights going on with this,” said Orem interim coach Gabe Sewell. “There’s something extra about it. It’s really the only game the kids had circled on the calendar this year.”

“They’re very physical up front, and we pride ourselves on being physical too so I think it’s going to be a great matchup there,” said Sewell.

Orem’s physicality in the trenches has overwhelmed teams in recent weeks as everyone has returned to full strength, and that was obvious in the 35-7 easy semifinal win over Maple Mountain.

Joe Smith was the catalyst offensively as he tallied 271 yards of total offense and two touchdowns. His 77-yard screen pass touchdown in the fourth quarter was a thing of beauty as he showed off his speed to elude would-be tackles all the way down field.

Smith has established himself as the key piece to Orem’s offense this season.

“He’s answered the call when we’ve asked him, hey we need a first down, we need a big play, we need a spark on either side of the ball,” said Sewell.

Timpview’s 37-0 win over Salem Hills in the semifinals was in many ways a mirror image of Orem’s win.