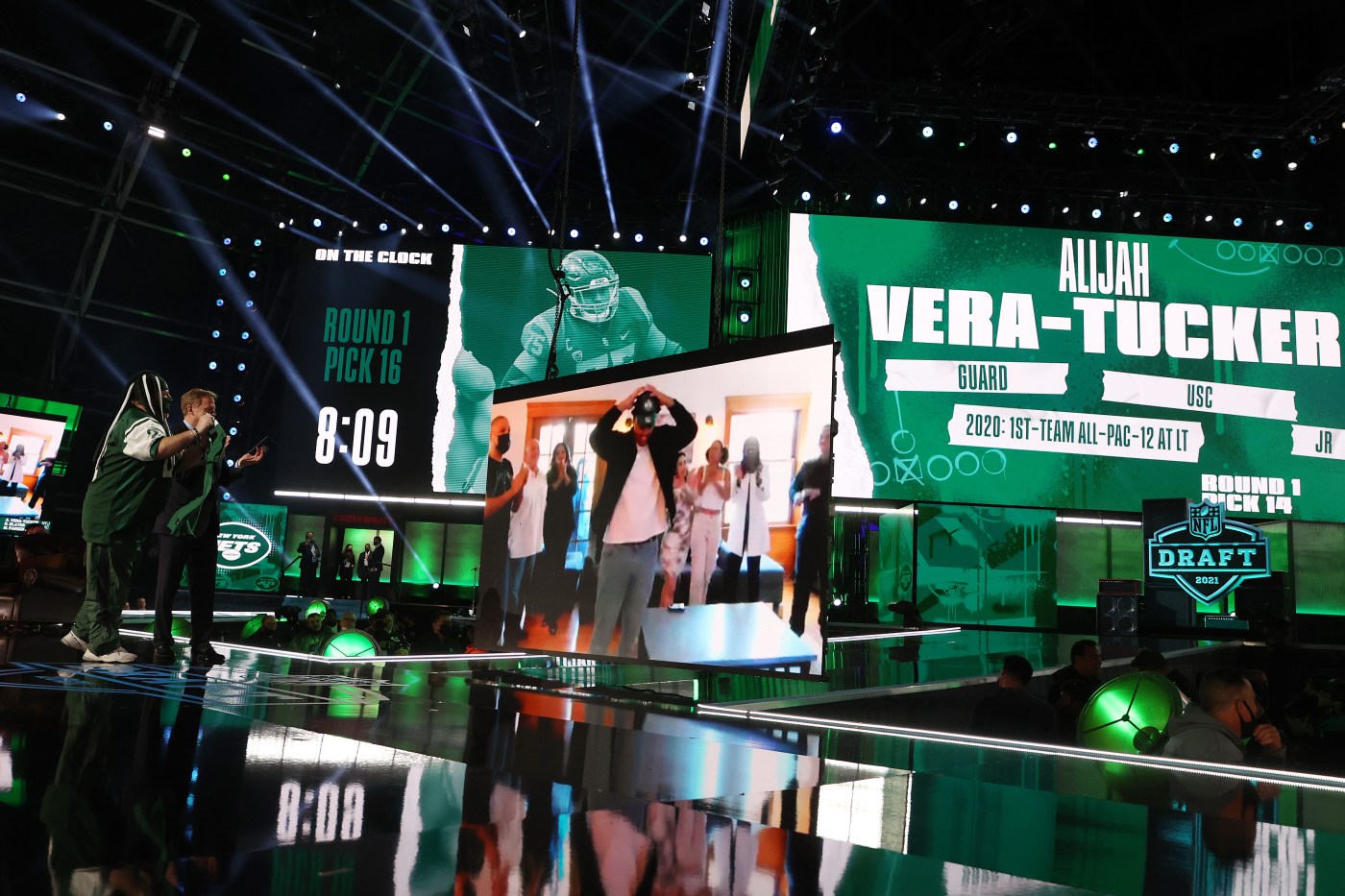 Drake Jackson didn’t wait long to announce his havoc-wreaking presence on the depth chart, recording a Pick Six in the 2019 spring game a few months after arriving on campus.

Expectations soared, and Jackson has matched them every step through his two seasons — to the point that the junior  projects as a top-10 pick in next year’s NFL Draft.

With his size and speed, with his athleticism and position value, Jackson fits the profile of an elite SEC defensive end.

And yet, for all his talent and potential, Jackson isn’t even the top edge rusher in the Pac-12 entering the 2021 season.

That honor goes to Oregon junior Kayvon Thibodeaux, the former No. 1 recruit in the country and the possible No. 1 pick next April in Las Vegas.

“Jackson isn’t only physically gifted, but he’s had a lot of help from their defensive tackles,” said Rob Rang, a Seattle-based draft analyst for Fox Sports. “I’m curious if he’ll be a true superstar at the next level. But he’s built the way you want, and I think he can get there.

“But Thibodeaux is on the next level. It’s difficult not to venture into hyperbole with him — comparisons to Von Miller and that kind of stuff. His burst, his bend and that relentlessness are special.”

Thibodeaux and Jackson aren’t merely the top draft prospects in the conference for 2022 (our full list is below).

They also represent an alternate universe, where the Pac-12 possesses multiple top-10 talents at what might be the most valuable position in the NFL outside of quarterback.

The last time the conference had two edge players selected in the top-10? Back-back-back in 1994, with USC end Willie McGinest (No. 4 selection) and UCLA outside linebacker Jamir Miller (No. 10).

We’re used to seeing a steady stream of edge players from the likes of Alabama, LSU and Ohio State stride across the stage early on Day One.

Next spring, the Pac-12 has a chance to claim real estate it hasn’t possessed in decades.

18. Utah TE Brant Kuithe. If he runs like a receiver and catches the ball like a receiver, he must be a … tight end. Kuithe is a matchup nightmare at the college level but plays a low-value position and will need to improve his strength and blocking skills in order to receive a high-round grade as a tight end. Probably projects as an H-back in the NFL, which lowers his overall value.

17. UCLA S Quentin Lake. Returning for the 2021 season as a so-called super senior, Lake has already played four years. Physical player with high-level instincts for the ball and great genes: His father, Carnell, was a multi-time Pro Bowl safety for the Steelers. Would be higher on our list but safeties don’t carry the same draft value as cornerbacks.

16. Arizona State QB Jayden Daniels. Perhaps no player listed here has the potential to make us look as foolish as Daniels. The third-year junior who started as a rookie is a major talent but needs refinement, particularly in his accuracy from the pocket. …read more