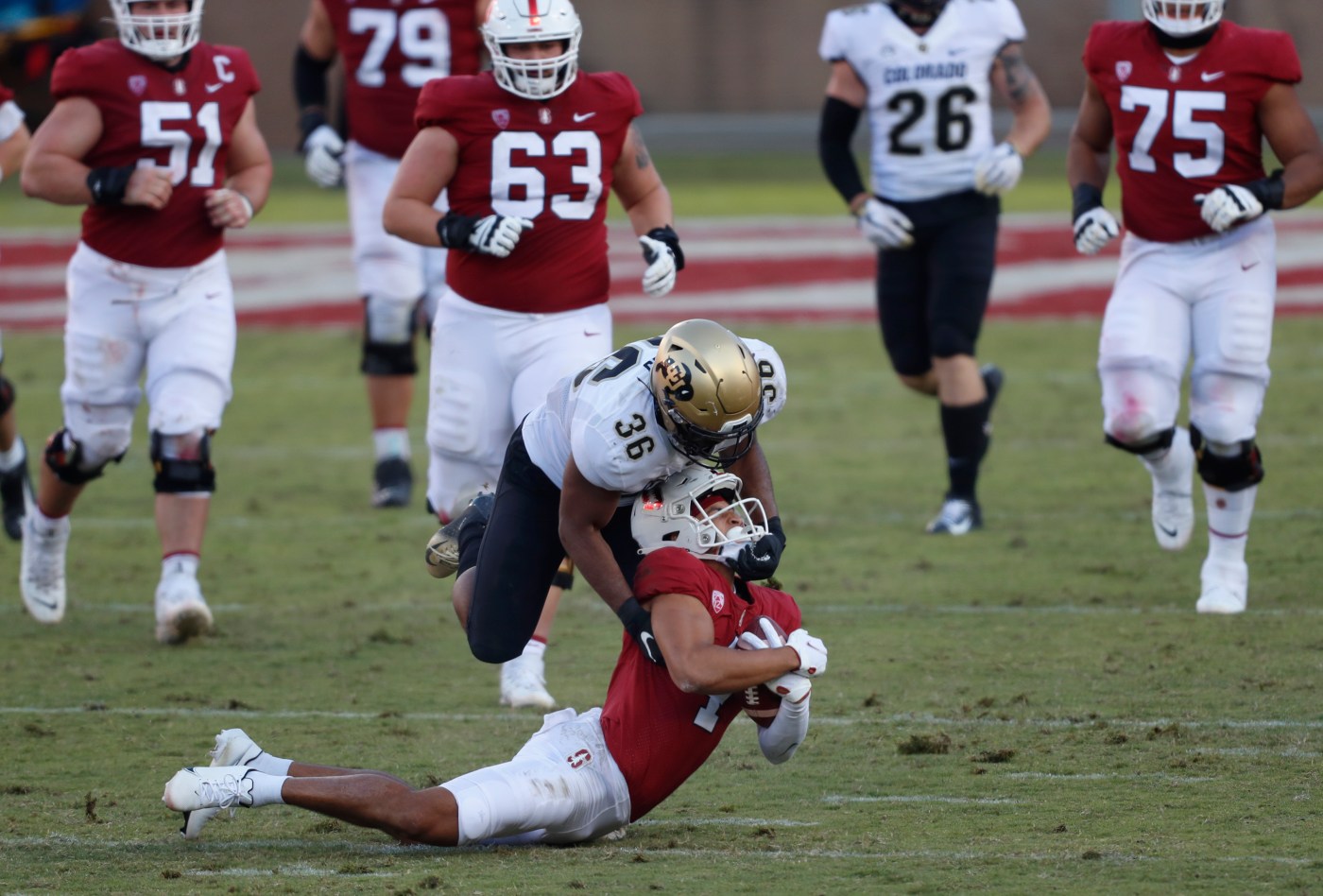 We’ll start our weekend review with a quick update on Week Three:

— The Arizona State-Colorado game has been canceled due to the COVID-19 outbreak at ASU.

— Results from weekend testing were encouraging enough for Utah to proceed with preparations for the USC game, according to conference sources.

— If the Utes are unable to play, the conference likely will match USC against Colorado. The teams are scheduled to meet Nov. 28 in the Coliseum and would simply move the game up one week.

Now, to the Week Two wrap …

Team of the Week: Colorado

The Buffaloes were picked to finish fifth in the South in the preseason media poll (and last in some publications). But they’re 2-0, tied for first place and one victory from bowl eligibility. Karl Dorrell is the early frontrunner for Coach of the Year, and tailback Jarek Broussard (154 yards per game) has been the conference’s breakout star thus far.

Threw for 312 yards, ran for another 81 and accounted for four touchdowns as the Ducks took control in the second half. Oh, and Shough averaged a stellar 10.4 yards-per-attempt — all of it coming in his first road start.

The sophomore from Alaska (by way of Las Vegas) did a lot of everything for the Huskies, recording 10 tackles, breaking up four passes and recovering a fumble in the victory over Oregon State. Two of the pass break-ups were on OSU’s final drive in a one-score game.

Theme of the Week I: Flexibility

As Merton Hanks, the Pac-12’s chief of football operations, told the Hotline last week: All schedule options are on the table each week. That was evident Friday, when the conference paired Cal and UCLA for a Sunday morning duel in the Rose Bowl. It was the conference’s first regular-season game on a Sunday (excluding Labor Day weekend) since Aug. 27, 2000, when USC faced Penn State in the Meadowlands.

Four of the five games were in doubt with two minutes remaining and three were decided by six points or less.

(And if you’re wondering about the impact of not having fans in the stands: The home teams are 5-4 thus far.)

The Ducks’ first-year playcaller has added tempo and creativity to an offense that, for all its talent, was far too easy to defend last year. Moorhead’s use of Shough as a runner gives the offense an added dimension, and his willingness to spread the field plays well to the Ducks’ speed.

Escape of the week: USC

The Trojans did it again, scoring two touchdowns in the final four minutes to rally past Arizona. The game winner came with 25 seconds left — a far closer finish that last week, when they scored with 1:20 remaining to beat Arizona State.

Washington’s new boss waited 50 weeks for his first game at the helm, then became only …read more