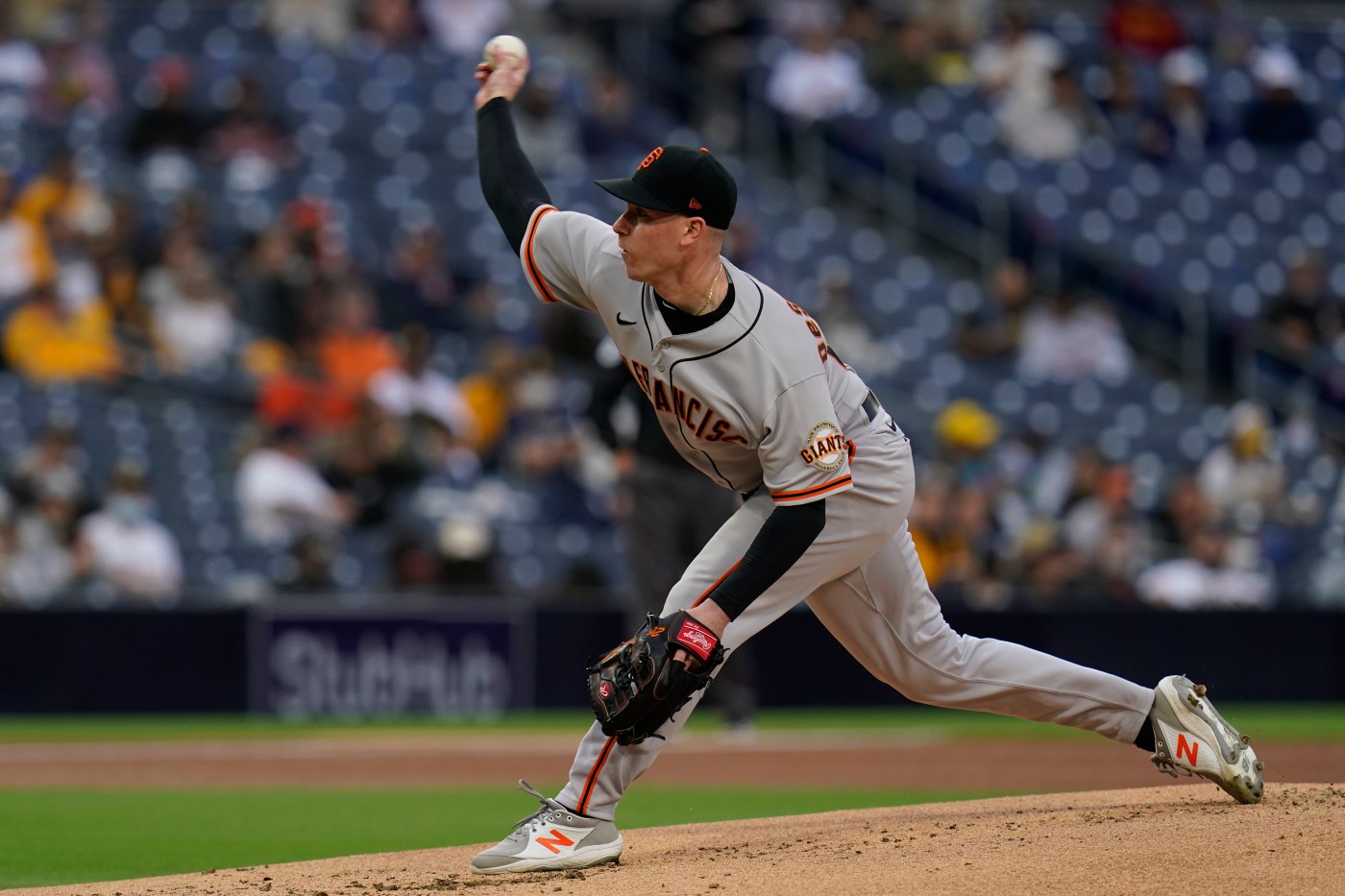 By the time Giants starter Anthony DeSclafani recorded his first out on Saturday at Petco Park, the Padres had already built up a lead that would prove insurmountable.

DeSclafani pitched well and was at times overpowering against San Diego’s lineup, but a Giants offense that’s been inconsistent this season failed to come up with a timely hit in a 6-2 loss that clinched a series victory for the Padres.

The Giants entered the bottom of the eighth inning trailing by a run, but rookie reliever Camilo Doval gave up a home run to Jurickson Profar on the first pitch of the inning before San Diego added two more runs on a two-out single from Jake Cronenworth against José Álvarez.

Six of the Giants’ eight position players struck out at least once on Saturday including Brandon Belt, who struck out three times and was caught looking to end the eighth inning against Padres right-hander Emilio Pagan. In five games this season at Petco Park, the Giants have failed to score more than three runs.

DeSclafani immediately found himself in trouble against the Padres as he gave up a leadoff single to Trent Grisham, before walking Fernando Tatis Jr. The Giants’ right-hander then left a 1-2 curveball out over the heart of the plate to Manny Machado, who launched the offering into the left field seats.

The curveball was the only one DeSclafani threw against San Diego as the veteran starter tossed 33 sliders, 21 sinkers, 14 four-seamers and seven changeups in a 76-pitch outing.

Despite trailing 3-0 before recording his first out of the game, DeSclafani managed to finish the night with a quality start as he dominated San Diego and only allowed one more hit over six innings. DeSclafani was far more efficient than his counterpart, Blake Snell, and ended up pitching deeper into Saturday’s game, but Snell escaped a pair of bases loaded situations against a Giants lineup that twice failed to capitalize on opportunities to tie Friday’s game with the bases loaded in the late innings.

Snell needed just 40 pitches to complete three innings against the Giants, but the lineup wore him out the second time the Padres lefty navigated through the order.

In a scoreless fourth inning, the Giants had each of the first two batters reach base before a one-out Belt blooper loaded the bases, but second baseman Wilmer Flores bounced into a 6-4-3 double play to end the threat.

In the fifth, shortstop Mauricio Dubón crushed a leadoff home run into the left field bleachers to kick off the inning before the Giants added another run on a Darin Ruf single that brought home DeSclafani, who reached on his first hit of the season earlier in the frame. An infield hit from Buster Posey and a walk from Longoria loaded the bases for Belt, who struck out on a 96-mile per hour fastball from Snell at the top of the zone.

In 22 at-bats with the bases loaded this season, the Giants have drawn five walks, but only have one base hit, which has …read more