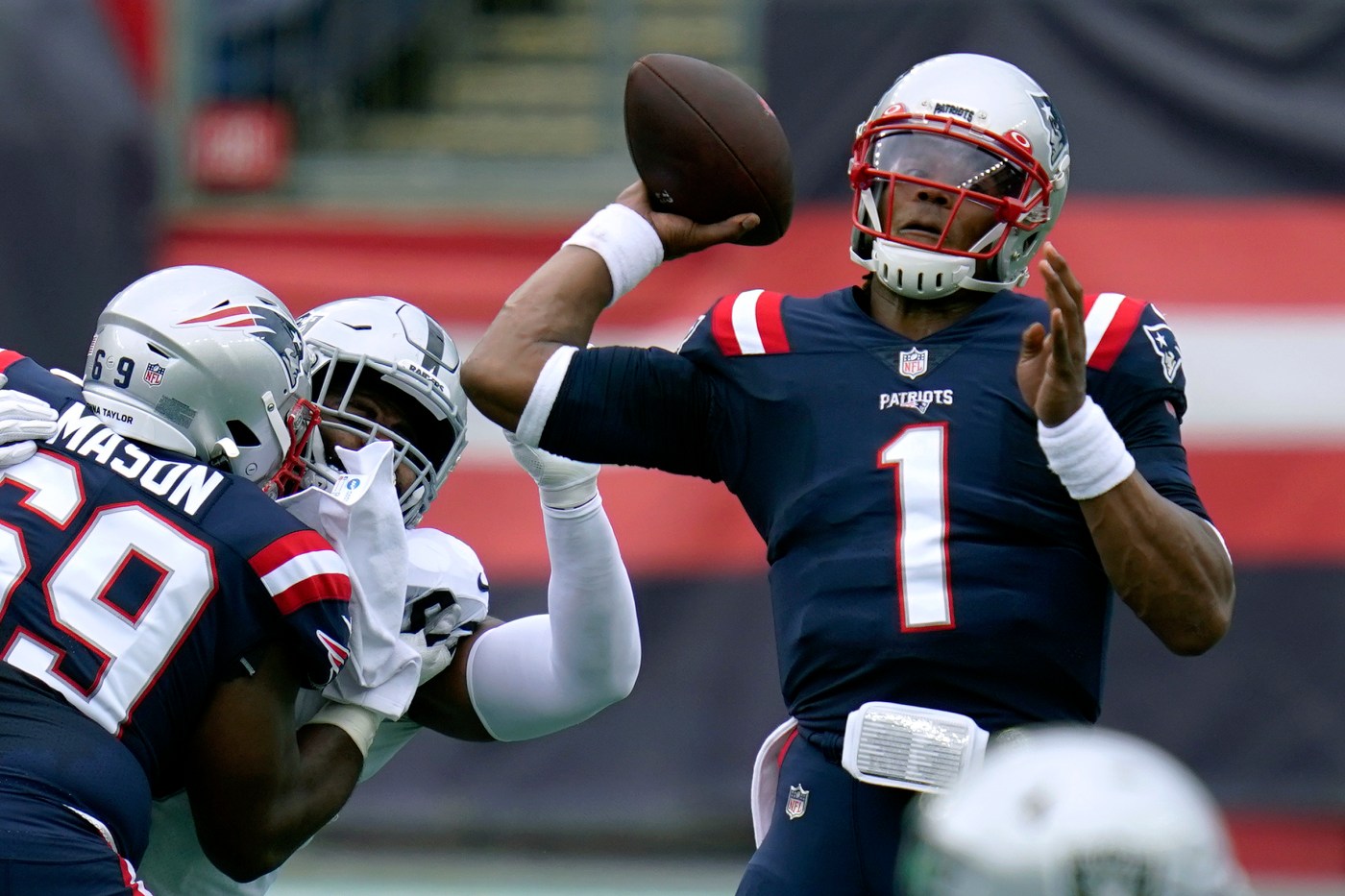 The New England Patriots canceled practice Friday after a member of the organization tested positive for COVID-19, a person familiar with the decision told The Associated Press.

The person, speaking on condition of anonymity because the team and the NFL did not announce the positive test, did not reveal if it involved a player or a coach.

New England (2-2) already twice had the original Week 5 matchup against Denver postponed following four positive coronavirus tests by players, including quarterback Cam Newton and cornerback Stephon Gilmore. The game is scheduled for Sunday in Foxborough, Mass., but now could be in jeopardy.

Newton and Gilmore, the reigning Defensive Player of the Year, returned to practice this week for the first time since testing positive for the coronavirus. Newton missed New England’s loss at Kansas City after his Oct. 2 positive test. He was activated from the reserve/COVID-19 list on Wednesday. Gilmore was activated from the list Thursday, following his Oct. 7 positive test. Practice squad player Bill Murray also returned from the COVID list Thursday.

Defensive tackle Byron Cowart was the only Patriots player currently still on the list after testing positive on Oct. 11.

Newton and Gilmore participated in Thursday’s practice and appeared to be on track to play against the Broncos on Sunday. Asked on Friday how Newton looked in his first practice back, offensive coordinator Josh McDaniels said the 2015 NFL MVP looked “normal, normal.”

“It’s good to have him back,” McDaniels said.

The Broncos (1-3) haven’t played since Oct. 1. So if they play Sunday, they’ll have had 16 days between games, one day longer than Tennessee’s layoff before the Titans beat Buffalo on Tuesday night following the NFL’s first COVID-19 outbreak, which affected two dozen members of the organization.

Earthquakes’ second-half lapse vs. Whitecaps drops them into tie for final playoff spot

The Patriots haven’t played since Oct. 5, when they lost at Kansas City, so their layoff is a dozen days if the game is played Sunday.

The Broncos’ layoff is the longest in the league since 2001, when the NFL postponed all games the weekend following the 9/11 terrorist attacks. Three teams — Saints, Steelers, Buccaneers — had byes when play resumed a week later, so they all had 20 days between games that year.

Of those three teams, only the Steelers won in their return to action.

Earlier Friday, the Indianapolis Colts closed their practice facility after “several individuals” tested positive for COVID-19, then the retests came back negative and the building reopened.

Kurtenbach: Three 49ers not named Jimmy Garoppolo who must step up to beat Rams

Inside the Raiders: Pass rush, not deep ball, is biggest reason for playoff hopes