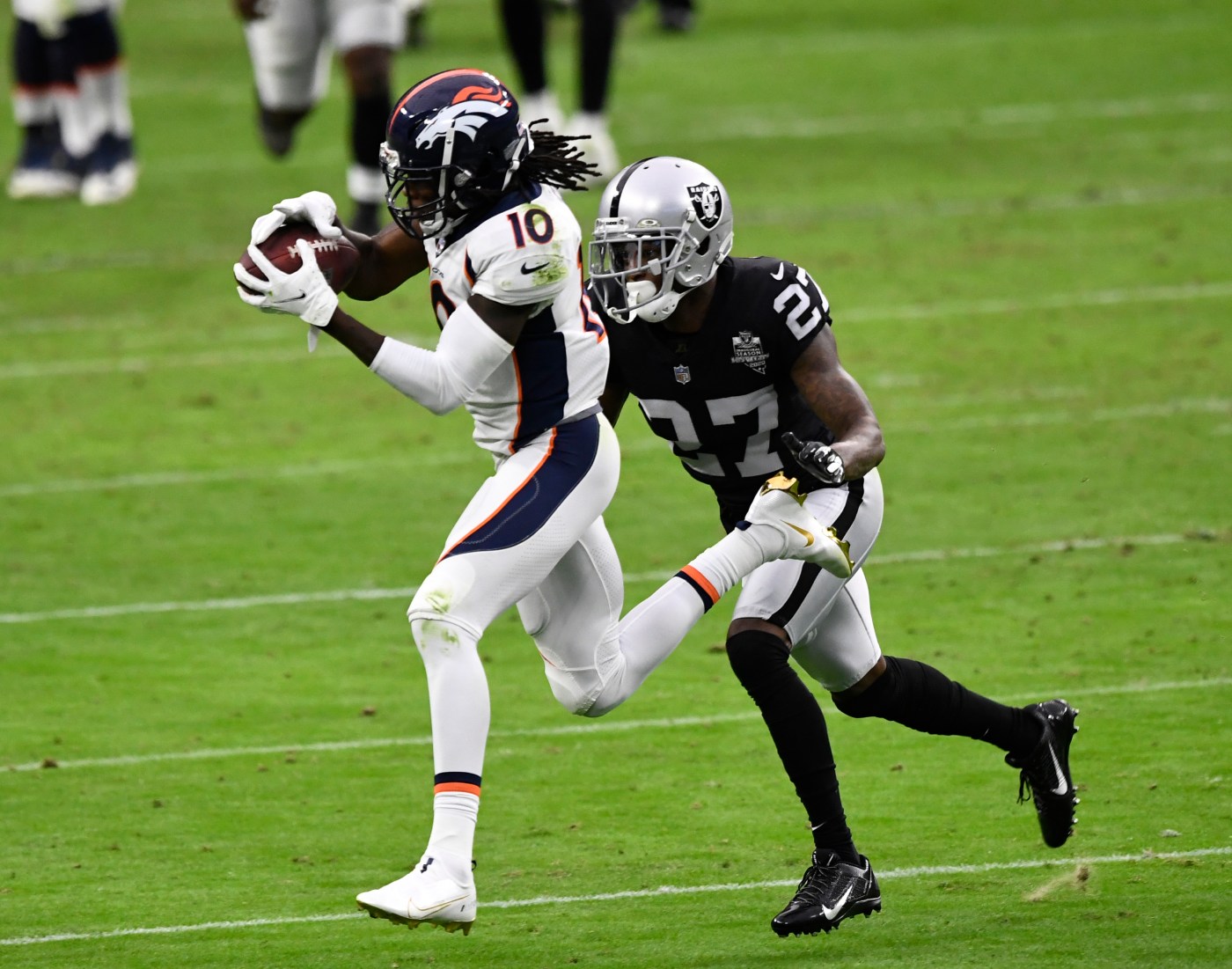 Broncos wide receiver Jerry Jeudy is quickly acclimating to the NFL game but is still a longshot to win the NFL offensive rookie of the year award, according to one oddsmaker.

Jeudy, who is fourth in the NFL among rookies with 552 yards receiving, has +10,000 odds — meaning a $100 bet would win $10,000 — to win the first-year honor. He has the ninth-best chances, tied with Cowboy receiver CeeDee Lamb, Colts running back Jonathan Taylor and Chiefs running back Clyde Edwards-Helaire.

The odds Broncos wide receiver Jerry Jeudy will win the NFL offensive rookie of the year award, according to BetMGM. Chargers quarterback Justin Herbert is the favorite at +130, followed by Bengals quarterback Joe Burrow (+145).

The over-under for total points scored in Sunday’s Dolphins-Broncos game, according to BetMGM. Miami is a 3.5-point favorite to win in Denver.

The odds the Rapids will win the MLS Cup this year, according to Bovada. Philadelphia Union (+400) is favored, followed by Los Angeles FC (+500) and Seattle Sounders (+500).

The odds the Rockies will win the 2021 World Series, according to sportsbetting.com. They are tied for the 25th-best odds. The Dodgers are favored to repeat at +450.

The odds the CU Buffs will win the Pac-12 football championship, according to betonline.ag. They are tied for fifth best. Oregon and USC, both at +150, are favored.

The odds Avalanche center Nathan MacKinnon will win the 2021 Hart Memorial Trophy for NHL MVP, according to Bovada. He is favored, followed by Oilers’ Connor McDavid (+600) and Rangers’ Artemi Panarin (+800).