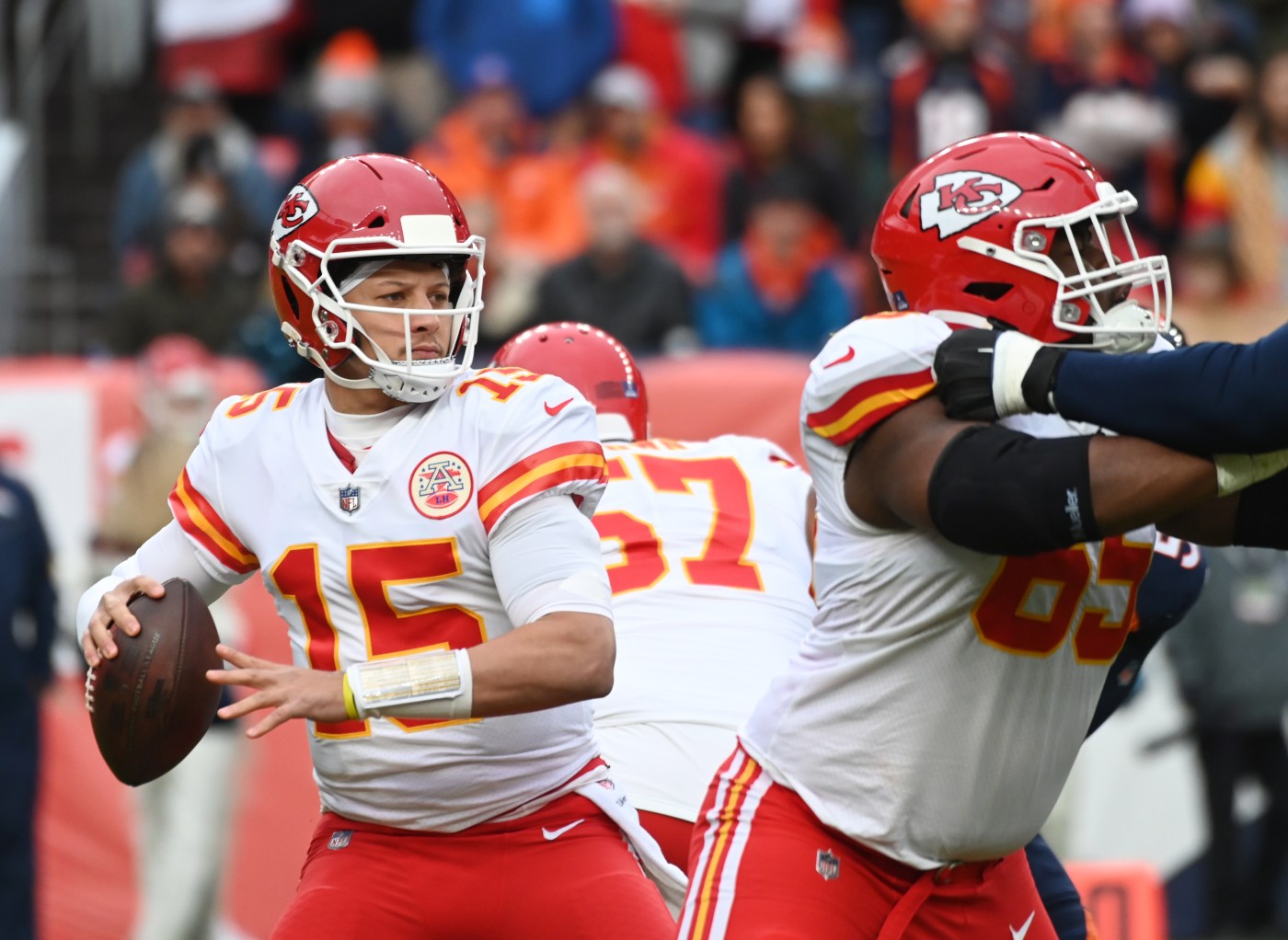 The NFL playoffs kick off Saturday with six games in the wild-card round.

With Denver Broncos able to begin sale process, here’s what you need to know

Kiszla: Would Broncos Country rather have Peyton Manning or John Elway on team of next ownership group?

Broncos coaching search: Making the case for each of the 10 current candidates

Here’s the ex-Broncos, plus former local players and coaches, set to compete in the NFL playoffs

Broncos coaching search: Odds on who will become Denver’s next head coach

The No. 5 Raiders eked their way into the playoffs, beating the Chargers in overtime last week to claim a seed in the AFC. They are 5.5-point underdogs to No. 4 Cincinnati in Saturday’s early game. In the night game, the AFC No. 3 Bills hold a 5.5-point edge over the visiting No. 6 Patriots. For Buffalo, it would be sweet revenge over New England, who holds a lopsided 36-8 advantage in their head-to-head matchups since 2000 (granted the Bill have gone 3-1 since 2020).

On Sunday, the No. 7 Eagles face off against Tom Brady and the defending champion NFC No. 2 Buccaneers. Tampa Bay has an 8.5-point advantage to win. NFC No. 3 Dallas hosts No. 6 San Francisco in what is expected to be the closest (Cowboys have a 3-point edge) and highest-scoring (the over-under is 50.5) game of the weekend. AFC No. 7 Pittsburgh heads to No. 2 Kansas City, who has the biggest points spread advantage (12.5) of any team in the first round.

The weekend’s games close on Monday night when the No. 6 Rams play host to the No. 5 Cardinals. Los Angeles is a 4.5-point favorite.

Here’s a look at some current odds in the world of sports.

The points spread in favor of the Chiefs beating the visiting Steelers on Sunday, according to BetMGM. It is the biggest spread among the six games played in the opening round.

The odds Peyton Manning will be named the Broncos’ next head coach, according to MaximBet. He is the least favorite of the 14 names listed. Packers offensive coordinator Nathaniel Hackett is the favorite at +300.

The odds Mike Ditka returns and becomes the Chicago Bears’ next head coach, according to MaximBet. He is the least favorite of the 13 names listed. If hired, Ditka would break the record for oldest NFL head coach at 82. Recently fired Dolphins coach Brian Flores (+200) is the favorite.