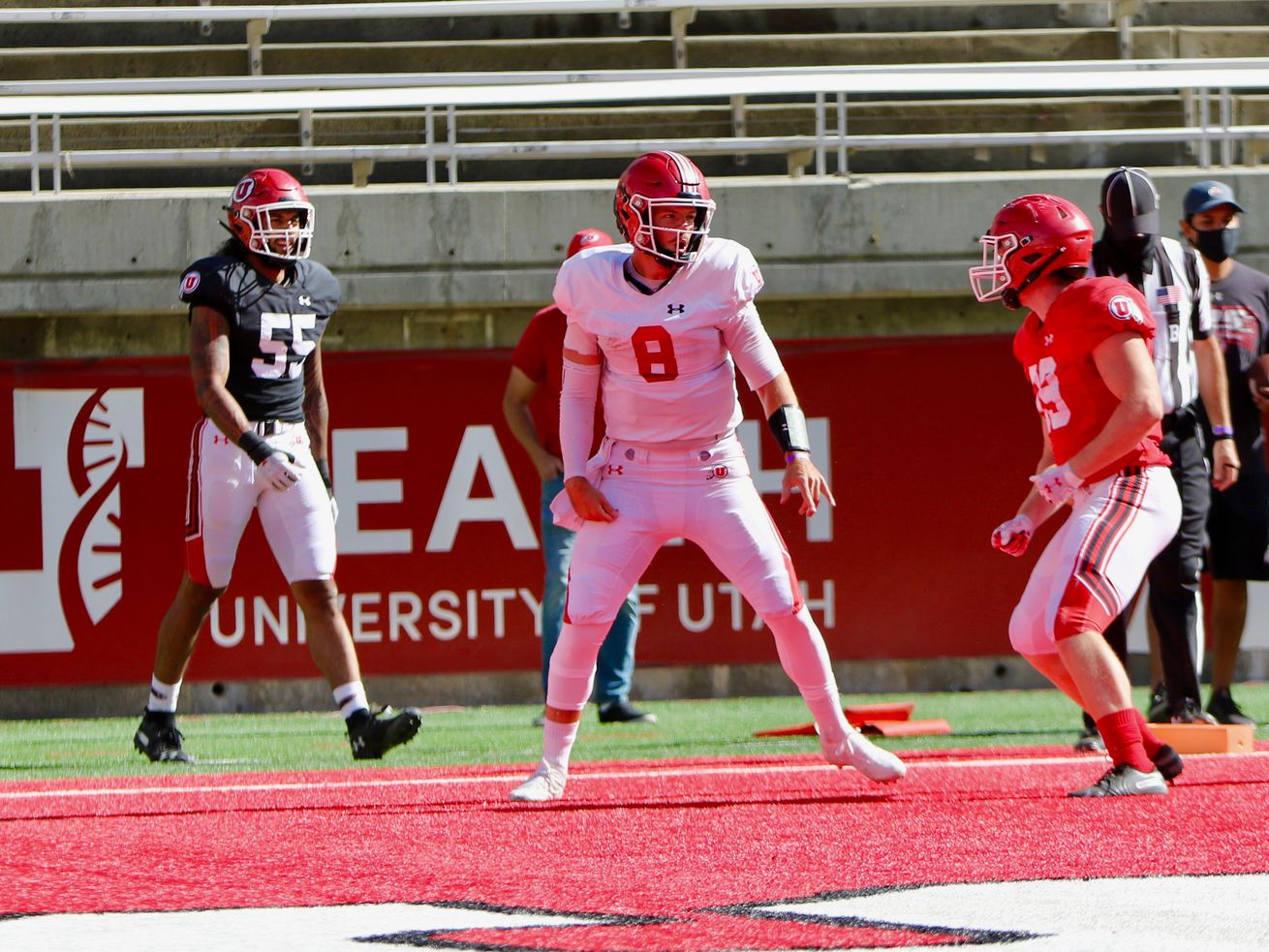 It’d be easy to get the wrong impression upon learning that senior quarterback Jake Bentley was selected with offensive lineman Orlando Umana, linebacker Devin Lloyd and defensive end Mike Tafua as a team captain for the University of Utah football team.

Coach Kyle Whittingham recognized and addressed that when asked about the captains following Saturday’s scrimmage. With a heated quarterback battle going on in camp between the South Carolina transfer, Texas implant Cam Rising and walk-on Drew Lisk, Whittingham doesn’t want anyone to connect dots that aren’t meant to be connected.

“The first thing I’ll say is don’t read anything into Jake Bentley being a captain as far as winning the job. That’s just what his peers think of him right now, which is a positive,” Whittingham said. “Don’t get me wrong. It’s a positive thing, but that does not factor into our decision as to who’s going to be the guy.”

As Whittingham noted, the players vote on their leaders. As has happened in the past, it’s possible to win a spot at the captain’s table but not earn the starting job. That most recently happened when Troy Williams was elected to be a captain but Tyler Huntley was named QB No. 1 a couple of years ago.

With three weeks to go before the Utes open the 2020 season against Arizona, it remains to be seen if that scenario will be repeated. Whittingham said he’ll narrow down the three-man race to two quarterbacks next week, and he hopes to get the pecking order sorted out sooner than later.

College football recruiting: How the 2021 class is shaping up for BYU, Utah and Utah State

“That speaks to the level of respect that our team has for Jake. He’s a mature guy that handles himself exactly like you want a quarterback to handle himself in his demeanor and how he conducts his business.” — Utah coach Kyle Whittingham, on Jake Bentley being named a captain

Whittingham admitted it is uncommon to have a guy voted in despite never having played one single down in the system as is the case with Bentley.

“It says a lot. It says they respect his work ethic his character, how he conducts himself, the rapport he has with those guys, particularly on the offensive side of the ball,” Whittingham said. “It’s a rarity for a guy to be in the program for that short of time to be elected as a captain, again without even knowing he’s a starter because that’s still up in the air.

“That speaks to the level of respect that our team has for Jake,” he added. “He’s a mature guy that handles himself exactly like you want a quarterback to handle himself in his demeanor and how he conducts his business.”

Whittingham thought his players picked a good group of captains regardless of starting status. It’s a continued leadership role for Umana, who was …read more