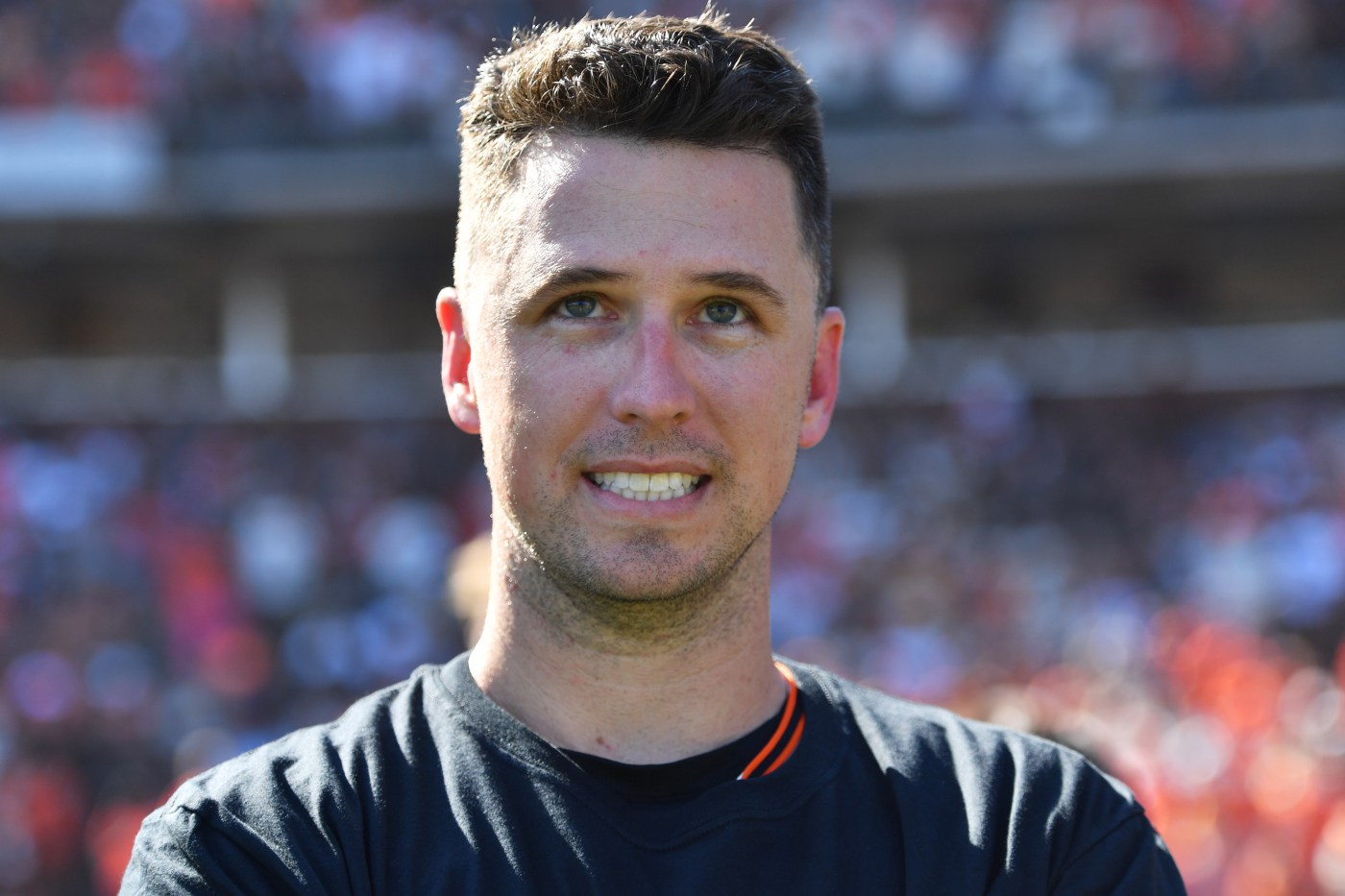 SAN FRANCISCO — The Giants’ season is riding on Logan Webb’s right arm, but the 24-year-old pitcher couldn’t be in better hands.

In fact, Buster Posey might be the greatest pitcher whisperer in playoff history.

The 34-year-old catcher, as usual, will be behind the plate for Thursday night’s winner-take-all Game 5 of the NLDS against the Dodgers at Oracle Park.

It’s not only a familiar sight — Posey has started at catcher for all but two of the Giants’ playoff games over the past 11 years — but a comforting one for Giants fans as well as their pitchers. The Giants are 37-18 in playoff games caught by Posey, and their postseason ERA in playoff games with Posey behind the plate ranks second to only Bill Dickey of the legendary 1930s and early ’40s Yankees.

“It gives you confidence when you’ve got someone like him back there,” Webb, the Giants’ Game 5 starter, said earlier in the series.

Posey is the only player on the current roster from the Giants’ 2010 team that started a run of three World Series championships in five years and five playoff appearances in 11 seasons. He has caught all but 20 playoff innings during that stretch. (He played two games at first base during the 2012 playoffs and came out early in a blowout loss to the Royals in Game 6 of the World Series).

Despite the physical toll of 11 seasons in the majors and not playing last season, the likely Hall of Famer is one of the primary reasons this team is one win away from facing the Atlanta Braves for the National League pennant and another World Series appearance.

The seven-time All-Star and career .302 hitter has had some big hits against the Dodgers — the biggest a two-run home run in Game 1 — but it’s Posey’s work with the pitchers that has always set him apart.  He’s caught three no-hitters and a perfect game in the regular season, and would have more than one Gold Glove award if not for playing the bulk of his career at the same time as nine-time winner Yadier Molina of the Cardinals.

When Posey helped guide Webb, who was making his playoff debut, and two relievers through a combined five-hit shutout in the Giants’ 4-0 win Game 1 win on Friday night it was the 14th shutout Posey had caught in 55 career playoff games.

That simply extended an MLB playoff record that might never be broken. Second with eight is the Cardinals’ Molina, the younger brother of Bengie, the catcher Posey succeeded with the Giants.

Most teams can’t even come close to Posey’s success rate. Every catcher in Dodgers playoff history combined — Thursday will be playoff game No. 226 for the franchise — can take credit for 20 total shutouts.

How much are SF Giants-Dodgers tickets for Game 5?