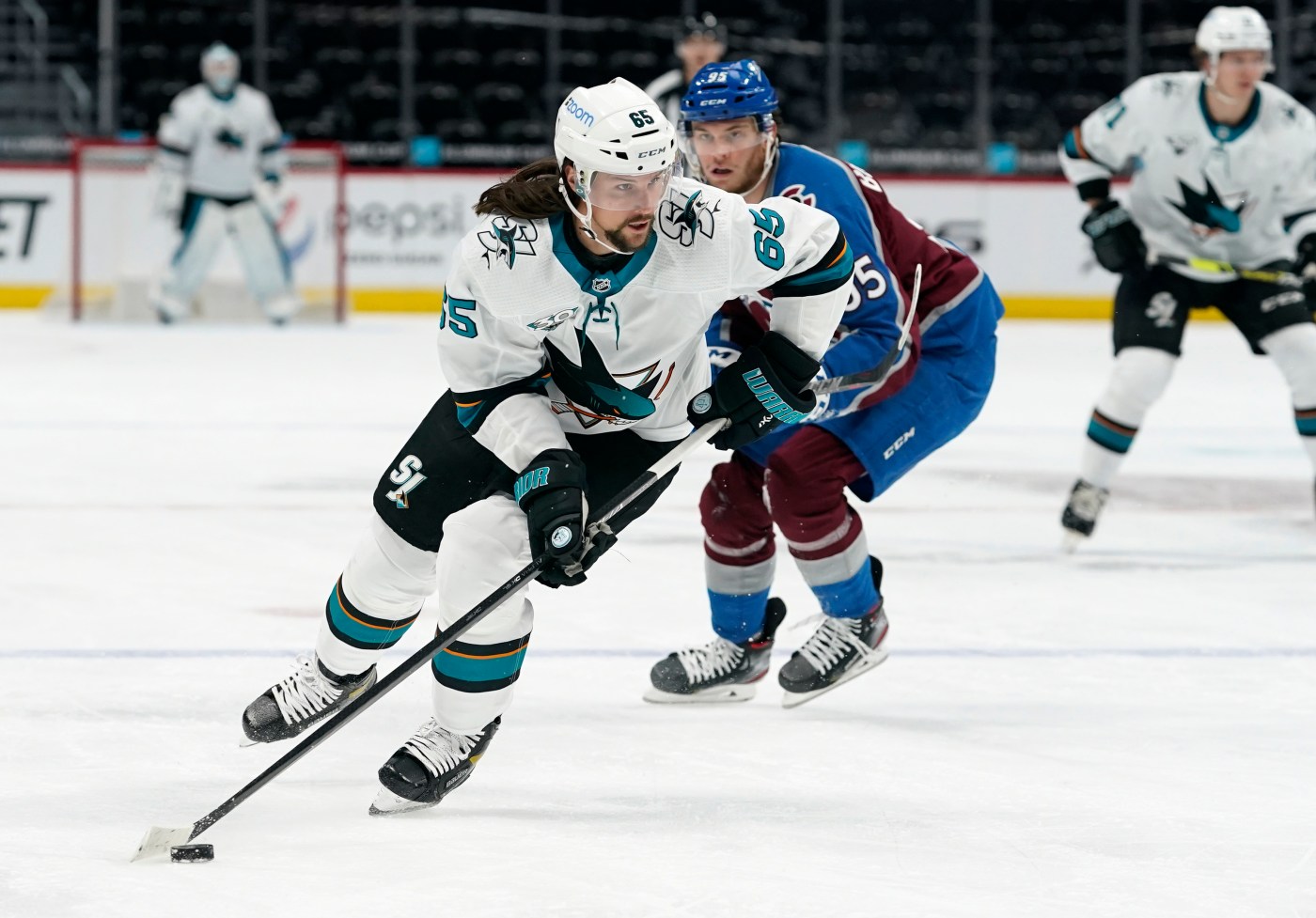 One moment, the San Jose Sharks thought they had scored their first power-play goal in three weeks and had gotten back into their game with the Colorado Avalanche.

The next moment, the goal was being taken off the board after a coach’s challenge by the Avalanche and the Sharks’ streak of games without a goal on the man advantage remained intact.

Either way, the Sharks couldn’t muster enough offense Friday night in a 3-0 loss to the motivated Avalanche at Ball Arena.

The Sharks were held to 14 shots and were down by two goals after the first two periods but thought they had cut Colorado’s lead in half thanks to a Tomas Hertl power-play goal with 9:57 left in the third. But Avalanche coach Jared Bednar challenged the play, and it was determined that the Sharks were offside before the goal.

The Sharks have now been shut out six times this season, three at the hands of the Avalanche, which is now 4-1-0 against San Jose in 2021.

The Sharks are now 0-for-28 on the power play over their last 10 games.

The Sharks trailed 2-0 after the first period as Gabriel Landeskog and Cale Makar both scored power-play goals. The Sharks penalty kill went 7-for-7 in their two-game series with the Arizona Coyotes, but has now allowed goals in five of the last seven games.

The Avalanche welcomed back No. 1 goalie Philipp Grubauer and wingers Mikko Rantanen and Joonas Donskoi on Friday after all three missed multiple games because of the NHL’s COVID-19 protocol.

Friday’s game was the first of four straight for the Sharks against the Avalanche. San Jose will play Colorado again Saturday in its final road game of the season before the two teams play again Monday and Wednesday at SAP Center.

Coming into Friday, both the Avalanche and the Minnesota Wild had 66 points, six points back of the Vegas Golden Knights for first place in the West Division. Colorado is no doubt looking to dominate these games with San Jose to at least hang onto second place in the division and perhaps make a run at Vegas for first.

“There’s every reason to point to this is a real tough test for our team, especially not having last change,” Sharks coach Bob Boughner said “It’s a good thing. At this time, I welcome it. We need to see what we have. We’ve played well at home the last couple of games and let’s see if we can just try and manage our game on the road against one of the best teams in the league.”