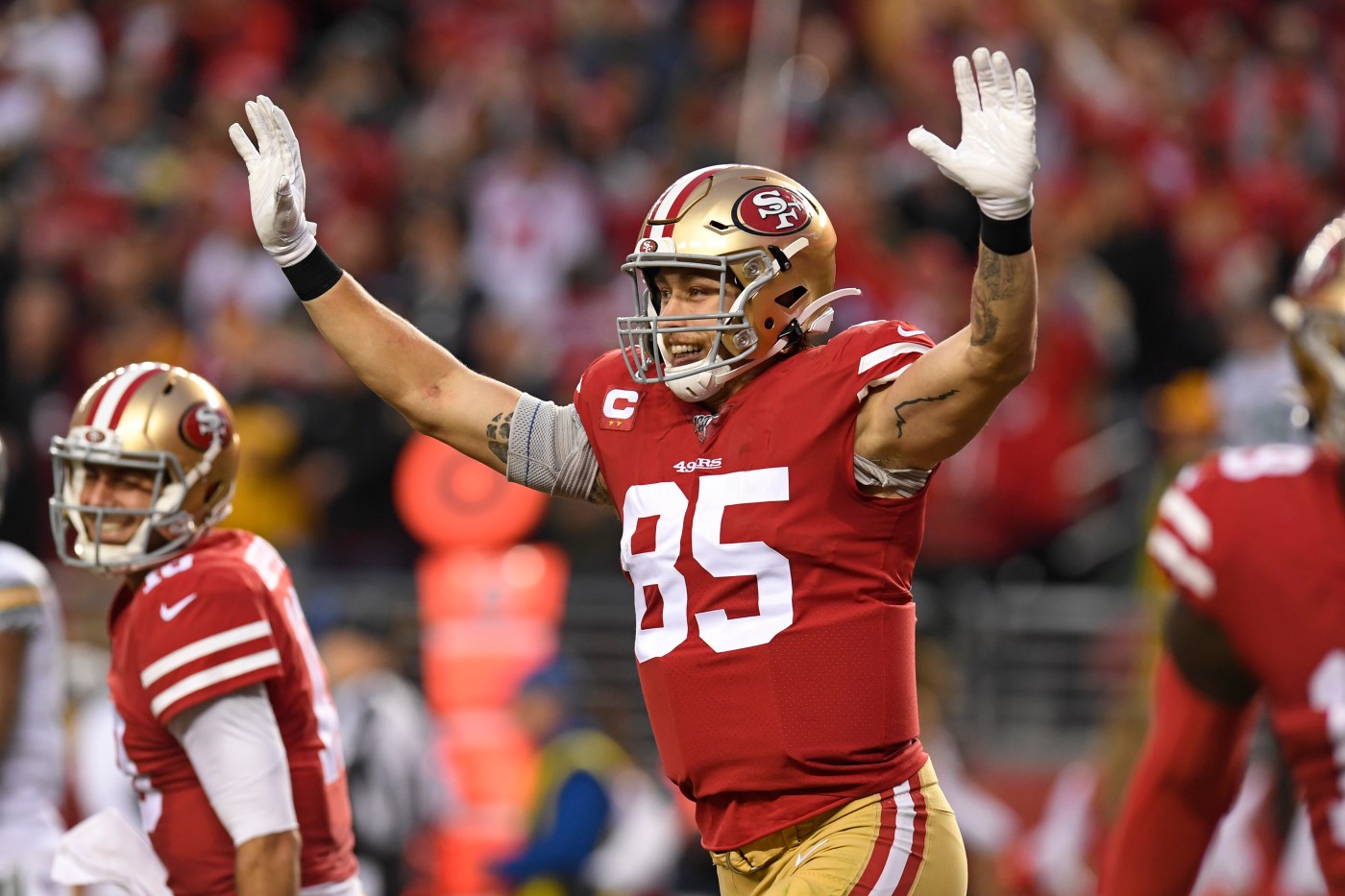 So many 49ers’ stars simply couldn’t stay on the field this season — or on the Pro Bowl ballot.

Fan voting began Tuesday without these 49ers’ options, as determined by the team:

No quarterback Jimmy Garoppolo, but instead Nick Mullens, who has played 312 snaps to Garoppolo’s 305.

No tight end George Kittle, but instead Ross Dwelley. Kittle, out with a foot fracture, is the 49ers’ leader in receiving yards (474 on 37 catches); Dwelley has 10 receptions for 144 yards, in 89 less snaps than Kittle. So much for Kittle being the NFL’s “National Tight End Day” spokesman, although he’s always championed Dwelley, too.

No running back Raheem Mostert, but instead Jerick McKinnon. Mostert is still the 49ers’ leading rusher; McKinnon has a team-high six overall touchdowns.

No wide receiver Deebo Samuel, but instead Kendrick Bourne with Brandon Aiyuk.

No defensive ends Nick Bosa and Dee Ford, but instead Kerry Hyder Jr. and Arik Armstead.

No cornerback Richard Sherman, but instead Jason Verrett (a worthy vote) with Emmanuel Moseley.

So jumbled are things that, while there is no Ben Garland or Weston Richburg at center, Daniel Brunskill is instead there after only playing the last two games at that spot. Brunskill shifted from right guard, where Tom Compton is on the ballot after just two games there.

Alas, there will be no Pro Bowl for this season, just an honor roll because of the COVID-19 pandemic. Those rosters will be deployed virtually into an EA Sports Madden NFL 21 contest.

Last year, the NFC champion 49ers had only four selected to the Pro Bowl: Bosa, Kittle, Sherman and fullback Kyle Juszczyk, and the latter should make it again this season.

Alternates last year among the 49ers were Armstead, Garoppolo, Mostert, Richburg, Joe Staley, DeForest Buckner, Jimmie Ward and Fred Warner, the latter of whom should earn his first Pro Bowl nod in three seasons this year.