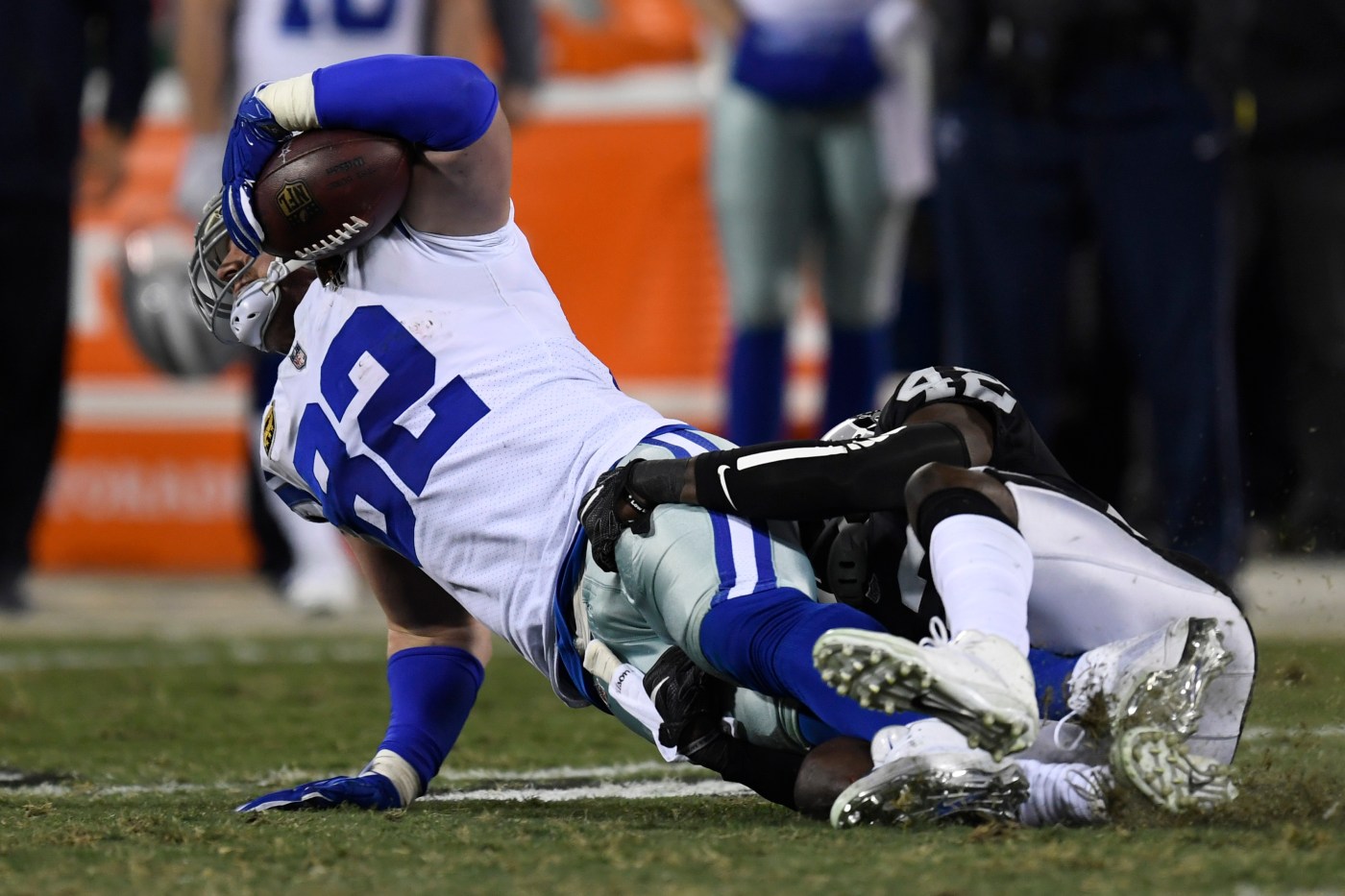 The Raiders took a break from adding young, asending players Tuesday with the addition of Hall of Fame-bound tight end Jason Witten, according to a team source.

They weren’t done raiding the Cowboys, adding Maliek Collins, a defensive tackle who started all 16 games and played under defensive coordiantor Rod Marinelli.

Witten, didn’t play in 2018 after succeeding Jon Gruden as the analyst for Monday Night Football, came back last season and caught 63 passes for 529 yards and four touchdowns. Going in to his 17th season, Witten, who turned 37 on May 6 has 1,215 receptions for 12,977 yards and 72 touchdowns.

Gruden loves deploying multiple tight ends, and Witten even at his advanced age fits in nicely with leading receiver Darren Waller and second-year player Foster Moreau, caught 21 passes for 174 yards and five touchdowns as a rookie fourth-round draft pick out of LSU.

Collins, 24, is a 6-foot-2, 310-pound defensive tackle who was a third-round draft pick out of Nebraska in 2016. Collins has played in 61 games with 55 starts and can provide an interior push with 14 1/2 career sacks. He will fit in an interior defensive line rotation that includes Johnathan Hankins, Maurice Hurst and P.J. Hall.