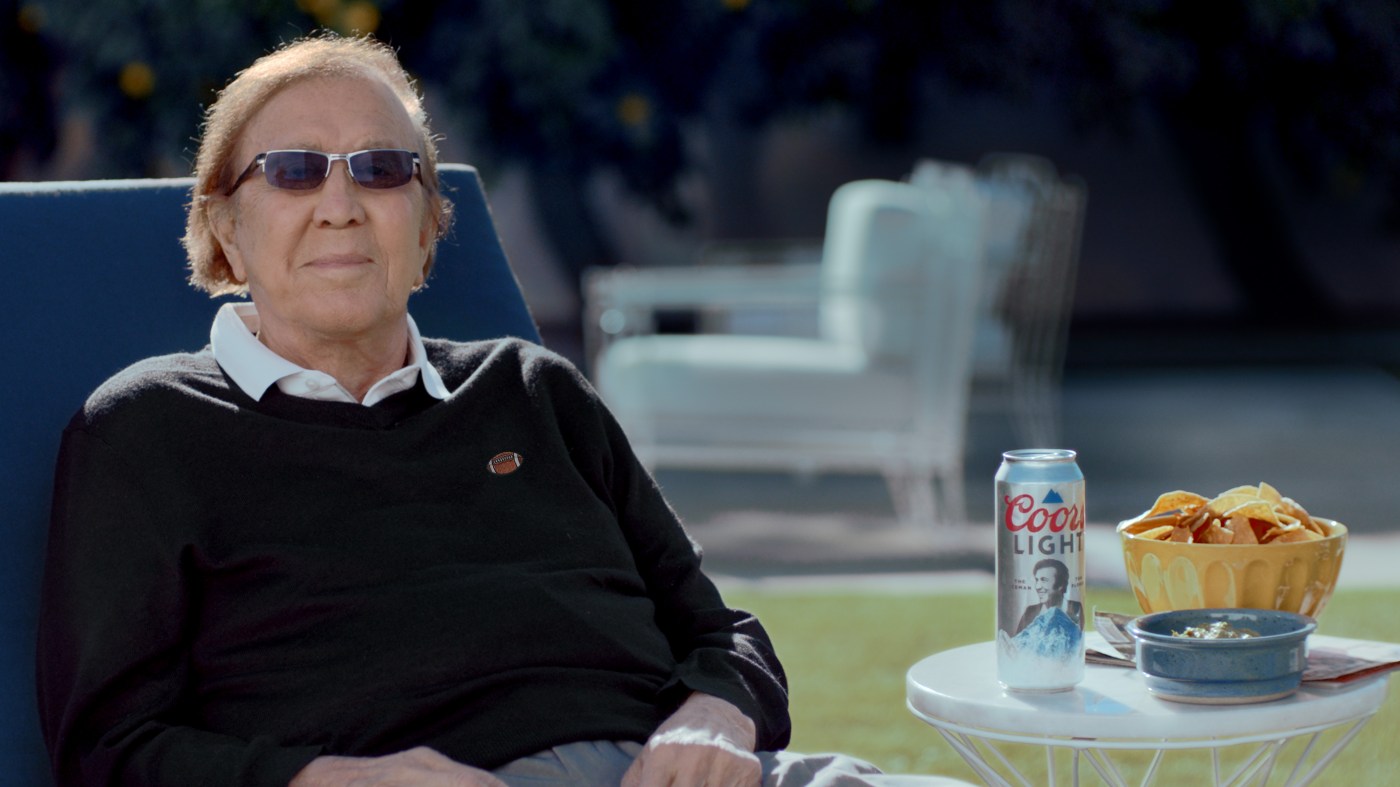 It’s the natural order of things for former Raiders head coaches enroute to the Pro Football Hall of Fame — advertise for a light beer and get measured for a bust to be displayed in perpetuity in Canton, Ohio.

In the case of John Madden, it took 25 years after he burst through wallpaper, arms waving fanatically, while hawking Miller Lite. The commercial aired in 1981, Madden was inducted in 2006.

If there’s any justice, Tom Flores will have to wait less than a month. His profile got a boost over the weekend as well as Monday night during the College Football Playoff National Championship game in commercial for Coors Lite, which has put Flores’ face on a special edition can to be sold in the Las Vegas area.

Having already been disappointed twice, the commercial provides a little levity to ease the tension.

“It kind of lightens things up a little bit. I had fun doing it,” Flores said Monday in a phone interview. “If the voters haven’t made up their minds by now, something’s really wrong.”

The Class of 2021 will be selected the weekend of the Super Bowl on Feb. 7, with Flores needing 80 percent approval on a yes or no vote from 48 selectors. While it’s not a rubber stamp, Flores won’t be going against currently eligible players. If he gets 39 yes votes, he’s in.

Flores, 83, said he was contacted over a year ago by a Hispanic group that was interested in his cause after being denied twice. Coors Light — which has a sponsorship deal with the Raiders at Allegiant Stadium — was interested.

The end result was a commercial that properly represented the placid Flores much the way the Miller ad played up Madden as the crazed coach stalking the sidelines.

Flores, nicknamed “The Iceman” in a 1992 autobiography co-authored by Frank Cooney, has his image on a can as well as the moniker. He says little, looking at his image and saying, “I had more hair then” to his “grandson.”

It wasn’t actually Flores’ grandson, but an actor. Flores has a grandson who is an actor he wanted to play the role, but he was on the East Coast and COVID-19 quarantining made a trip to Palm Springs for the filming impossible.

Doing a commercial is a very un-Flores-like thing to do. He worked for Al Davis, who cast an imposing over the shadow over the organization. He wasn’t an ubiquitous figure like Madden, and Flores’ name won’t be associated with a video game any time soon.