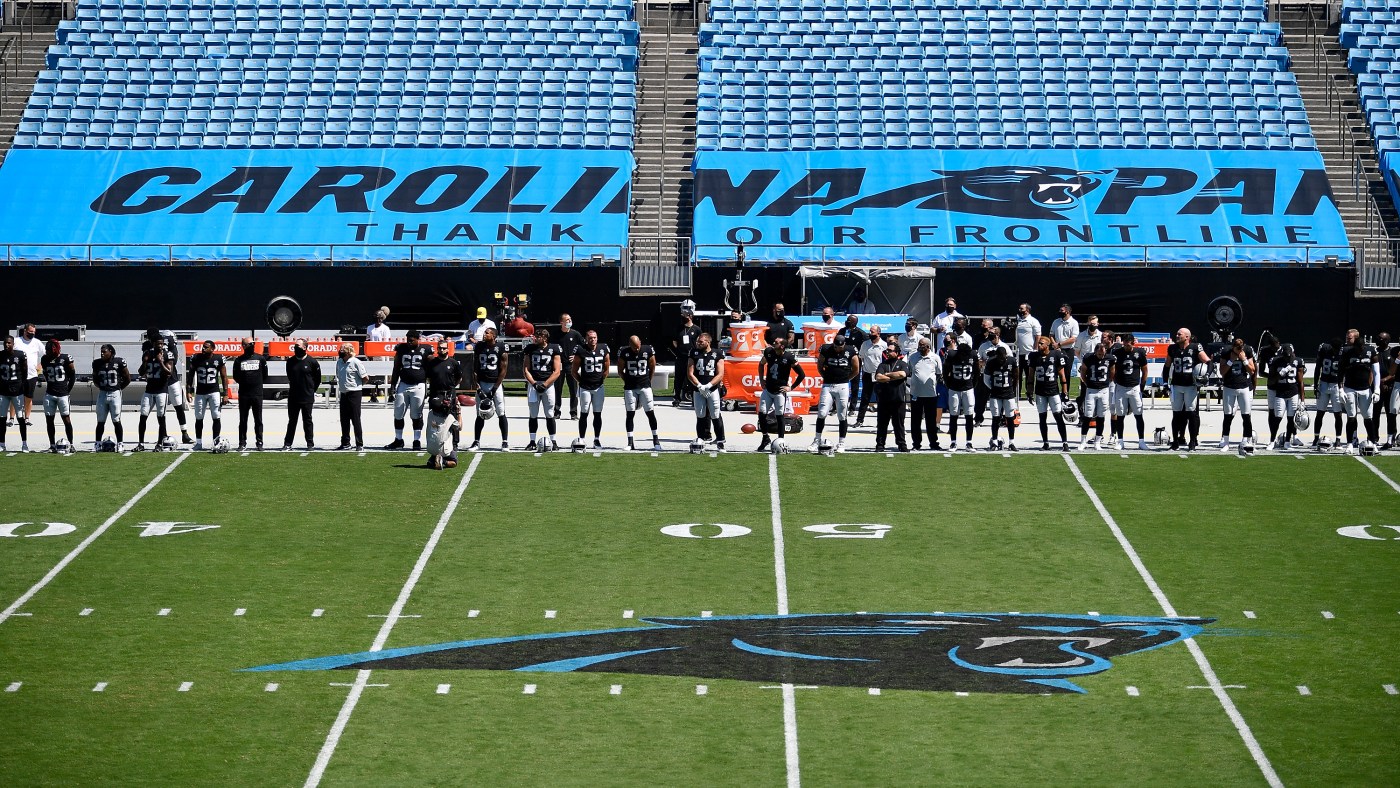 No Raiders on the field for the national anthem before their 2020 season opener knelt in protest Sunday in Charlotte.

Instead, the team linked arms on the sideline of Bank of America Stadium in an apparent show of unity after a summer of American unrest over police violence against Black people.

Head coach Jon Gruden was flanked in the Raiders’ formation by rookie defensive back Damon Arnette and tight end Darren Waller, both of whom are Black.

The only Raider who appeared not to join the chain was Trent Brown, who stood behind the line. He made no visible demonstration.

Several Carolina Panthers players did kneel for the anthem, and others raised their fists in a Black Power salute as a form of protest.

Raiders inactives give hints as to rotation plans vs. Panthers

One kneeling Panther player was quarterback Teddy Bridgewater, who joined the team in the offseason on a three-year, $63 million contract. Panthers safety Tre Boston also knelt, and linebacker Shaq Thompson raised his fist.

ESPN reports eight Panthers in total knelt for the anthem.

The Raiders also stood for the playing for “Lift Every Voice and Sing,” also known as the Black national anthem. The Panthers stood on the goal line before moving to their sideline for the “Star Spangled Banner”.