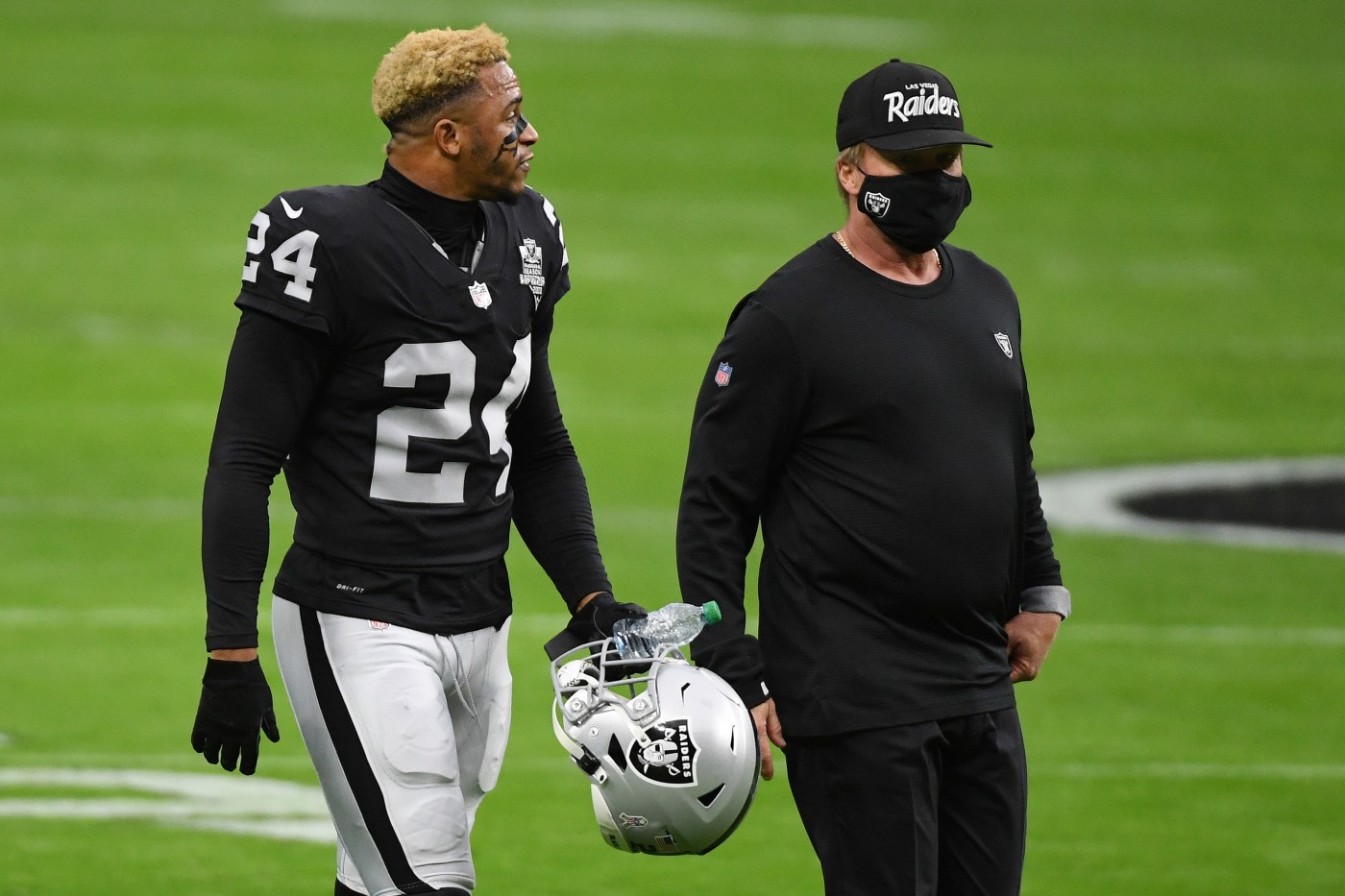 Seven Raiders defensive players were expected to be removed from the COVID-19 reserve list  and need only to test negative one more time to be available to face the Kansas City Sunday night..

The last step is a negative test on game day, which seems likely given they’ve tested negative all week and have have been in isolation.

Irving is on the practice squad but expected to be promoted to the 53-man roster on game day. The seven players missed practice all week for contact tracing purposes after defensive end Clelin Ferrell had a positive test.

Nickel corner Lamarcus Joyner was taken off the COVID-19 list Friday and should also face the Chiefs.

Players not expected to be available while on the COVID-19 reserve list include Ferrell, linebacker Cory Littleton and offensive tackle Trent Brown.

The returning players viewed practice film and kept abreast of game plan developments virtually while not being on the field with their teammates.

Abram, who was penalized twice and appeared to be the instigator in a scuffle that led to two ejections, was fined $15,000 for unnecessary roughness, according to an NFL source.

Also fined was Johnson, who was docked $4,945 for throwing a punch at Denver’s Tim Patrick. Early in the fourth quarter, Abram shoved Patrick, who retaliated, causing Johnson to step in. Patrick, who was also ejected, was fined $4,412.

‘All in’: Why BYU basketball coach Mark Pope signed a contract extension through the 2026-27 season

Abram was called for an illegal blindside block that negated a 60-yard punt return for a touchdown by Hunter Renfrow and then with 9:06 to go received a personal foul for hitting a defenseless player while driving on a pass from Drew Lock to DaeSean Hamilton.

Raiders get Joyner back off COVID-19 list, hoping for more returns before facing Chiefs

Inside the Raiders: Old-school Jon Gruden looks to run the ball straight at Chiefs