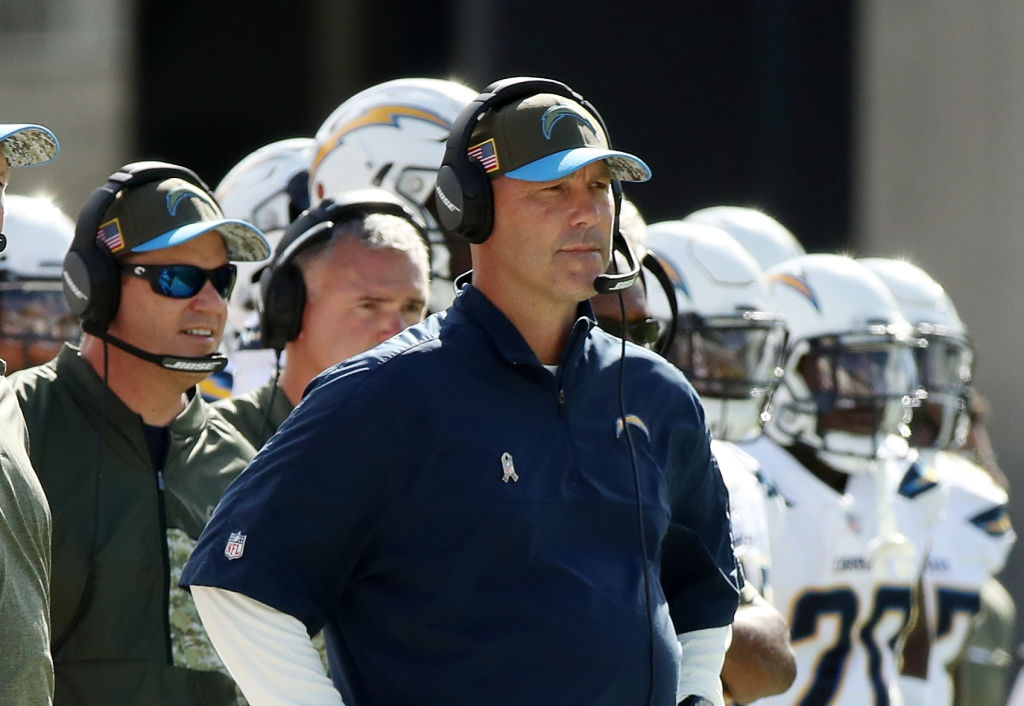 There’s plenty of evidence the Raiders made the right choice in hiring new defensive coordinator Gus Bradley. Unfortunately, there’s also some proof they made the wrong choice when making the announcement.

Make no mistake, the Raiders’ error has nothing to do with Bradley’s ability to revitalize one of the NFL’s worst defenses.

Instead, the Raiders opened themselves up to ridicule on social media by accidentally displaying a photo-shopped image of ex-Chargers offensive coordinator Ken Whisenhunt instead of Bradley, the former Chargers defensive coordinator who was hired Tuesday.

And just like that, the (mostly) good-natured fun was underway.

Thanks for the laugh, @Raiders. pic.twitter.com/mkBqrc2YpE

And, our personal favorite, a flashback to former Raiders defensive coordinator Rob Ryan.

Even though the Raiders quickly deleted the Whisenhunt-as-Bradley post and replaced it with a real photo of Bradley, the cyber-sleuths were still able to screenshot the gaffe.

We have hired Gus Bradley as our defensive coordinator » https://t.co/8xRvXKpKnH pic.twitter.com/trpr74atDI

Obviously, we understand mistakes happen. The Raiders, though, missed a great opportunity to be self-deprecating and laugh at themselves when they moved on without acknowledging the unfortunate mistake.

Raiders’ to-do list: Revamping a historically bad defense is Job 1, but there are other issues as well

This is when a cynic would point out playing defense hasn’t been a strong point for the organization this year.

Nonetheless, the Raiders feel confident the laughs will subside when the Bradley-led defense takes the field next season. If he …read more