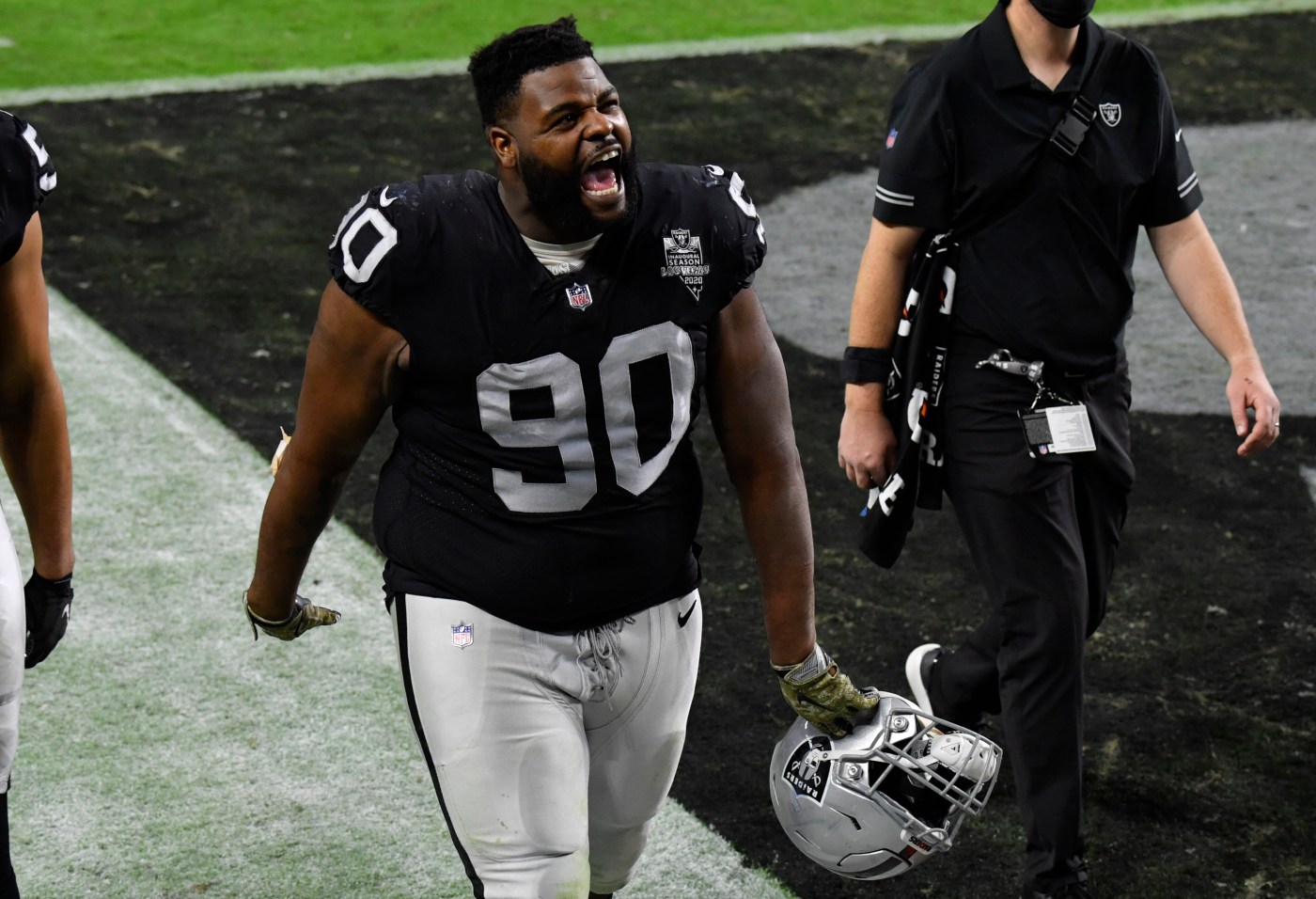 The Raiders have already had to practice for a week without their entire offensive line, and the result was a one-sided loss to the Tampa Bay Buccaneers.

Ferrell, Littleton and Brown aren’t expected to face the Chiefs Sunday night at Allegiant Stadium. Ferrell and Littleton have reportedly tested positive and Brown is recovering from complications from having the coronavirus earlier this season. The rest could be available provided they pass their daily COVID-19 tests. Joyner could be cleared Saturday, while Abram, Collins, Hankins, Irving, Johnson, Key and Vickers in theory could be cleared Sunday by continuing to test negative.

Players under quarantine will participate in “virtual” practices and meetings on computer but will not be with the team.

The news broke while coach Jon Gruden was on his teleconference, so media members did not ask him about it.However, Kansas City media had gotten word of the report before their conference call with Gruden.

Asked about losing his defense for the week, Gruden said, “I don’t know about the whole defense. I’m not going to get into what list anybody is on. We practiced today and we’ll be ready for the game on Sunday.”

After one big game is cancelled, San Jose State shifts focus to the next: Boise State

While Gruden responded to media questions about injured players, he didn’t answer questions regarding players on the COVID-19 list.

Ferrell, who reportedly has tested positive along with Littleton, reached out to Raiders fans Tuesday in an Instagram Story:

“I’M DOING OK. THANK YOU TO EVERYBODY WHO REACHED OUT!!! (expletive) HURTS BUT WE GOT BIGGER GOALS THAN ONE GAME!! LOVE YOU RAIDER NATION!!”

Raiders mailbag: Nick Morrow’s big day and how it relates to the future of Cory Littleton at linebacker

Inside the Raiders: Free agent class finally picking up pace with Chiefs up next