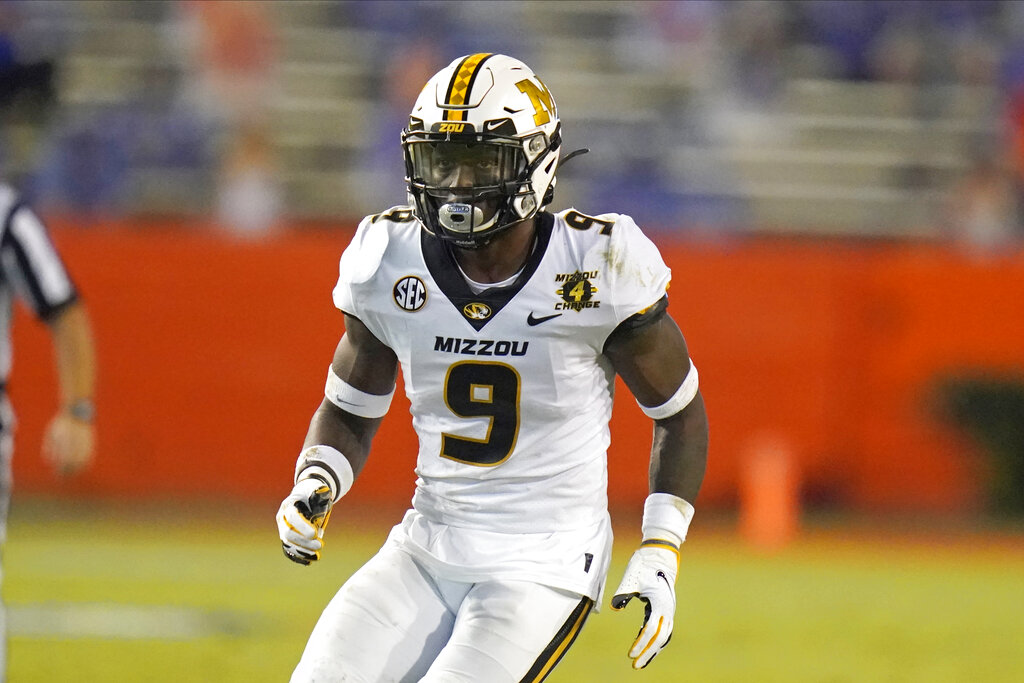 The Raiders continued their run on defensive players Saturday, trading in to the fourth round with the New York Jets and selecting Missouri safety Tyree Gillespie.

A shade under 6-foot and 207 pounds, Gillespie is regarded as a physical player with blitzing skill and like Deablo would likely contribute on special teams. While Deoblo’s size will have him looked at as a linebacker, Gillespie joins a safety corps that includes Moehrig, Johnathan Abram, Jeff Heath and Dallin Leavitt.

It continued the Raiders trend of taking players with a lot of college experience and who didn’t opt out of the 2020 season.

Gillespie’s strength has been physicality rather than coverage, as he completed his college career with no interceptions in 41 games but with the reputation of playing downhill against the run.

Choices remaining for the Raiders are at No. 167 (fifth-round for Gabe Jackson) and No. 230 (seventh-round through 49ers for Moehrig).