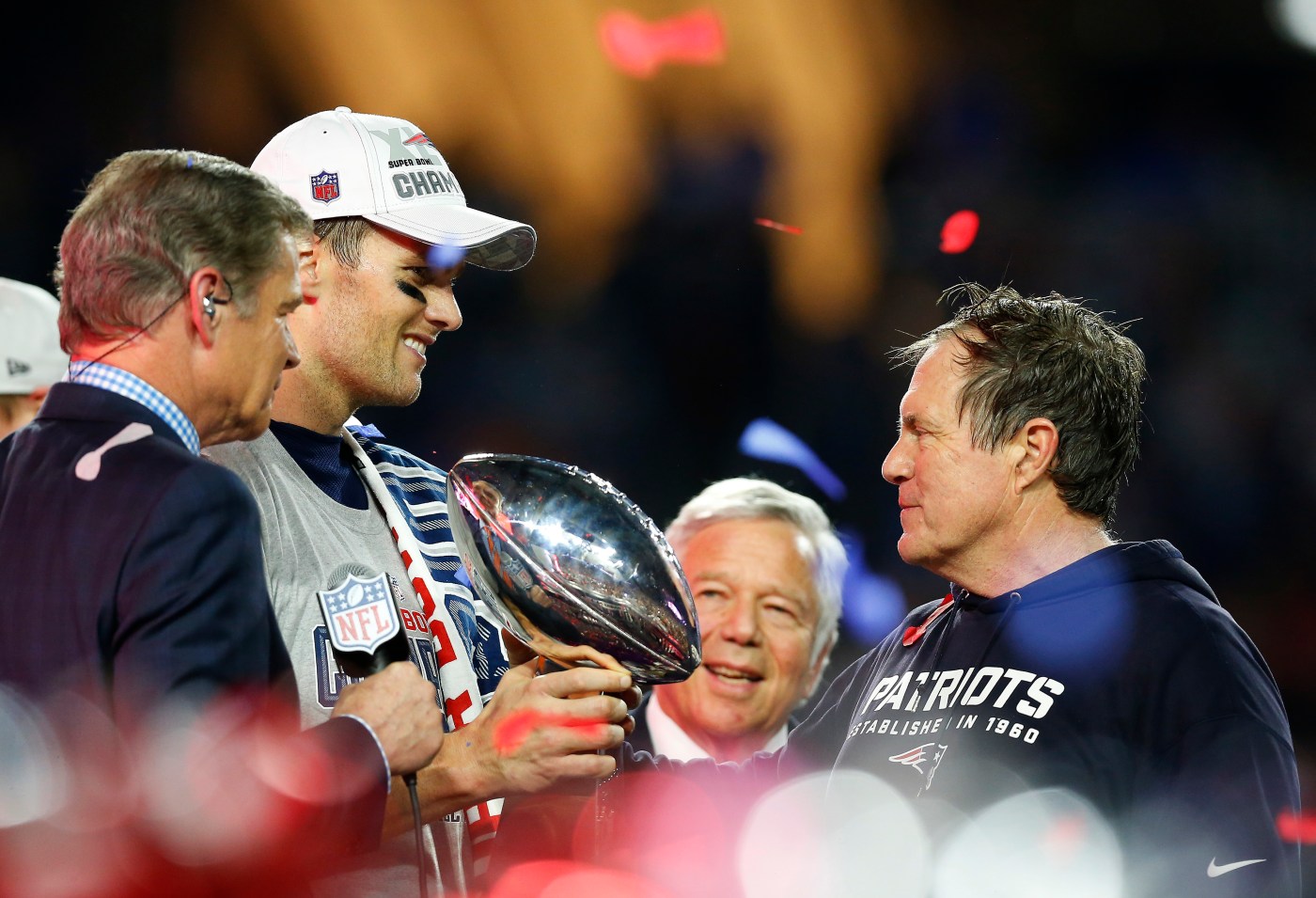 FOXBOROUGH, Mass. — Tom Brady has posted on social media that he is leaving the New England Patriots after 20 seasons and six Super Bowl titles. Here’s what Patriots coach Bill Belichick and owner Robert Kraft said Tuesday in statement released by the team:

“Tom was not just a player who bought into our program. He was one of its original creators. Tom lived and perpetuated our culture. On a daily basis, he was a tone setter and a bar raiser. He won championships in three of his first four years on the field and in three of his final six seasons with us, while competing for championships in most every season in between. This is a credit to Tom’s consistency and what separates him. He didn’t just perform. He didn’t just win. He won championships over and over again.

“Tom and I will always have a great relationship built on love, admiration, respect and appreciation. Tom’s success as a player and his character as a person are exceptional. Nothing about the end of Tom’s Patriots career changes how unfathomably spectacular it was. With his relentless competitiveness and longevity, he earned everyone’s adoration and will be celebrated forever. It has been a privilege to coach Tom Brady for 20 years.

“Examples of Tom’s greatness are limitless, going back even before he was drafted. We witnessed how he prepared when he wasn’t playing, how he performed when he got his opportunity, what he did to continuously improve, his leadership, his mindset, the example he set, and, of course, the person he is. I am extremely grateful for what he did for our team and for me personally.

Broncos Mailbag: Does team feel confident in any of their inside linebackers?

“Sometimes in life, it takes some time to pass before truly appreciating something or someone but that has not been the case with Tom. He is a special person and the greatest quarterback of all-time.”

“How do I possibly sum up the depth of my gratitude to Tom Brady for what he’s given us these past 20 years, or the sadness I feel knowing it’s ending? I love Tom like a son and I always will. He has brought so much happiness to me personally and to all of our fans. I had hoped this …read more