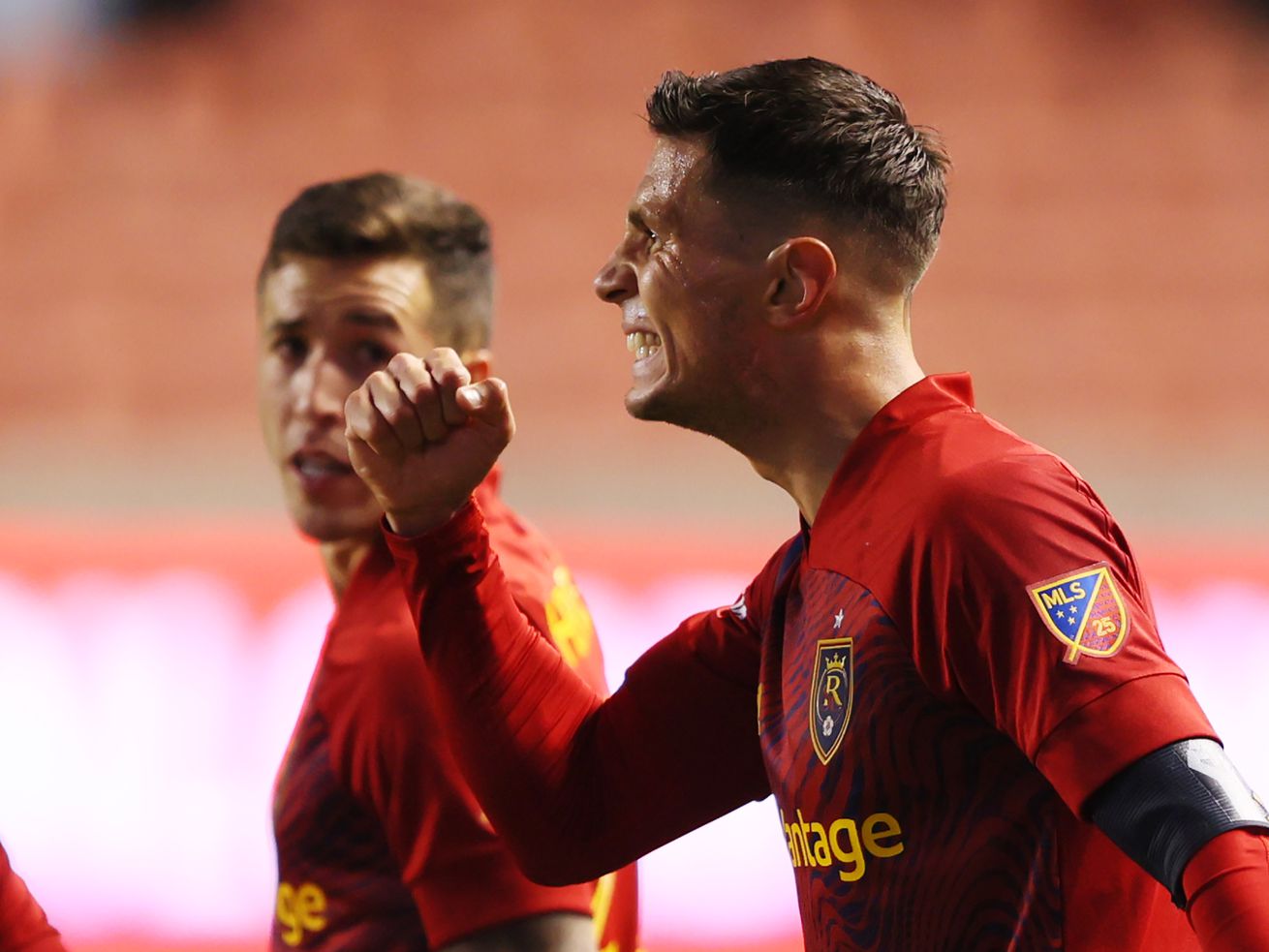 SANDY — Real Salt Lake and the Portland Timbers have been trending in opposite directions over the past month, but because it’s 2020 and this is MLS, of course nothing went as expected Wednesday night.

RSL was in control most of the match, scoring twice in the first half, and then held off a late push from the visitors as it snapped Portland’s five-game winning streak with a 2-1 win at Rio Tinto Stadium.

For Real Salt Lake, the win halted its own three-game losing streak and was just its second win in the past eight matches.

Nick Besler got the rare start in the midfield on Wednesday, and he said the team approached the match with a must-win mentality.

“We kind of treated this as a final tonight,” said Besler, who was instrumental in slowing a Portland attack that had scored 17 goals in its past five matches.

With the urgency of sitting in 11th place in the Western Conference coming into the match, RSL came out quick and pushed the pace in the attack, which led to a pair of goals in the opening 30 minutes.

Maintaining possession got a bit tougher later in the second half as Portland pushed the tempo, but unlike the match against Vancouver last weekend, RSL did enough to protect the lead.

“Those games are hard. They’re a good attacking team, and those are the kind of games you just have to battle,” Besler said. “We didn’t probably play our best game of soccer in the last 35 minutes, but sometimes you don’t need to do that to win, and we just battled really hard. We gave ourselves a two-goal comfort and everybody put in a really good effort in and we managed to hold them off.”

Kurtenbach: Sports just aren’t the same without fans in the stands

RSL jumped from 11th place to ninth with the win, but is still on the outside of the playoff picture looking in with five matches left in the regular season.

The home side struck first just 11 minutes into the match on a calm finish from Douglas Martinez for his first goal of the 2020 regular season.

The chance started when Aaron Herrera played a ball in behind Portland’s defense in the path of Damir Kreilach. Portland keeper Aljaz Ivacic just barely beat Kreilach’s toe to the ball, punching straight forward, but it went straight to Martinez at the top of the top box and he calmly finished for the 1-0 lead.

In the lead up to Wednesday’s match, RSL coach Freddy Juarez reiterated with the media his belief in the potential of the young striker despite the absence of any goals or assists this year. Juarez handed Martinez his eight start of the season on Wednesday, and now he finally has something tangible to show for it.

“He continues to get better. Today I was so proud of the way …read more