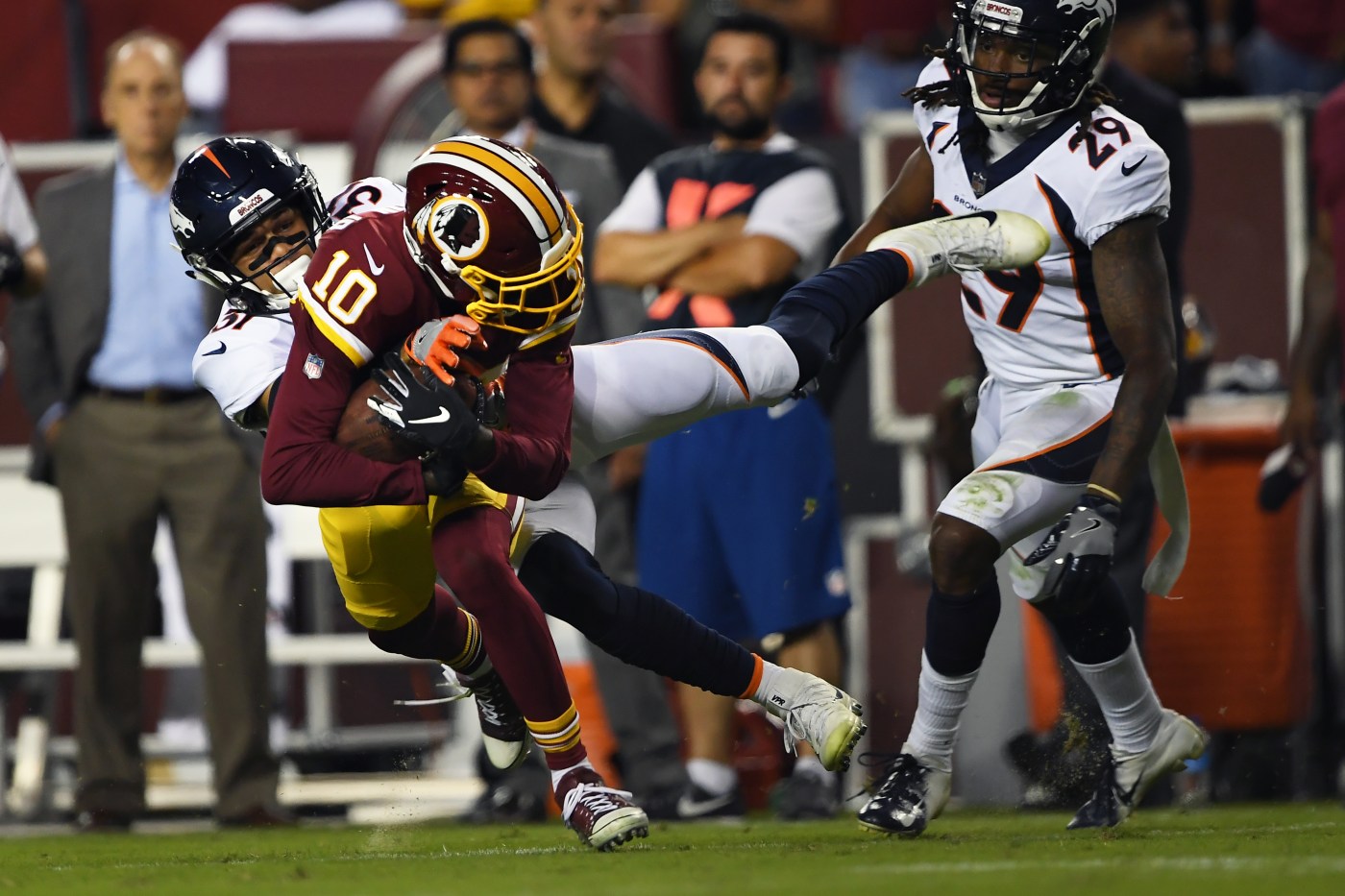 ASHBURN, Va. — The Washington Redskins on Friday released cornerback Josh Norman with one year left on the big contract he signed in 2016, and wide receiver Paul Richardson after two disappointing, injury-plagued seasons.

Norman struggled to live up to the expectations set by the $75 million, five-year deal he got after putting together an All-Pro season in Carolina and being released from the Panthers’ franchise tag. Washington saves $12.5 million against the salary cap in 2020 by cutting him now.

Releasing Norman a month before free agency could pave the way to give cornerback Quinton Dunbar a raise. Dunbar has said he wanted to know where he stood with the organization.

That standing appears more prominent in light of Norman’s departure. Washington has 2017 third-round pick Fabian Moreau and impressive 2019 seventh-rounder Jimmy Moreland on the roster, but Dunbar — a converted receiver — is the best player at the position.

The Redskins benched Norman from their defense but kept him active for several games late in the season. Even former Panthers coach Ron Rivera taking over wasn’t enough to keep Norman around, though the 32-year-old didn’t expect that to save his job.

“You’ve got to put it on yourself as a person to be better within what is happening, and I wasn’t,” Norman said on locker clean-out day. “I can accept that.”

Norman tweeted earlier Friday he was “grateful for everything.” Norman had seven interceptions and 43 passes defensed in 58 games with the Redskins, who didn’t make the playoffs in any of those four seasons.

Denver Broncos 7-round NFL mock draft 1.0: Should John Elway pick up a receiver in the first round?

Injuries limited Richardson to 17 games over two years with Washington. After signing a $40 million, five-year deal in 2018 with the aim of replacing the speed threat that evaporated without DeSean Jackson, the CU product caught just 48 passes for 507 yards and four touchdowns with the Redskins.

Defensive end Chris Odom and defensive back Kenny Ladler were also released. The major questions facing the Redskins now are the status of Dunbar and left tackle Trent Williams, who didn’t play all last season after a dispute with the front office.