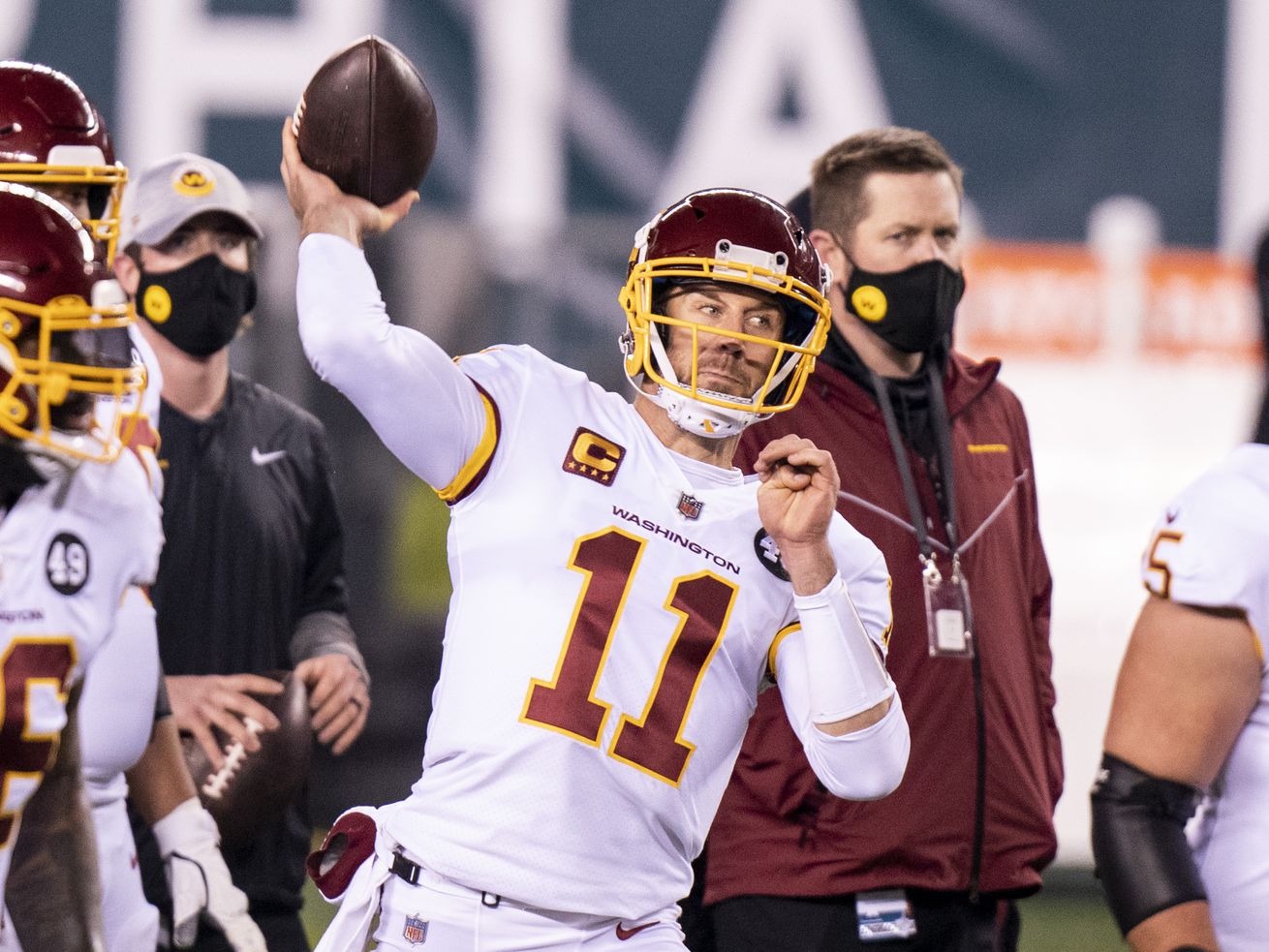 Will Alex Smith return to football in 2021. According to ESPN’s Jeremy Fowler, the Washington Football Team quarterback wants to play again one year after winning the AP NFL Comeback Player of the Year honor. | Chris Szagola, Associated Press

This year’s AP NFL Comeback Player of the Year reportedly isn’t ready to call it a career.

Alex Smith, the former University of Utah star quarterback, is looking to play in 2021, according to ESPN’s Jeremy Fowler.

“I’m told that Alex Smith after a great comeback year, going 5-2 down the stretch, he does want to continue playing football,” Fowler said on “SportsCenter” on Sunday, per Yahoo! Sports. “He’s leaning that way, but he’s got a large cap hit. Washington could save $13.6 million if they did move on. And many people around the league believe their answer at quarterback is not in the building. So maybe they could work something out with Smith, but he does want to play somewhere.”

Smith helped the Washington Football Team reach the postseason this past season, going 5-1 as a starter and throwing for 1,582 yards, six touchdowns and eight interceptions after returning from a life-threatening leg injury in 2018 to make it back on the playing field.

He missed the final three games of the season, including a playoff loss to Tampa Bay, with a calf injury.

Smith is signed with Washington through the 2022 season and is scheduled to make $18.75 million in base salary in 2021, per Spotrac, with a cap hit of $24.4 million, the most of any Football Team player for this upcoming season.

Washington recently re-signed quarterback Tyler Heinicke, who replaced the injured Smith at the end of the season, to a two-year deal.