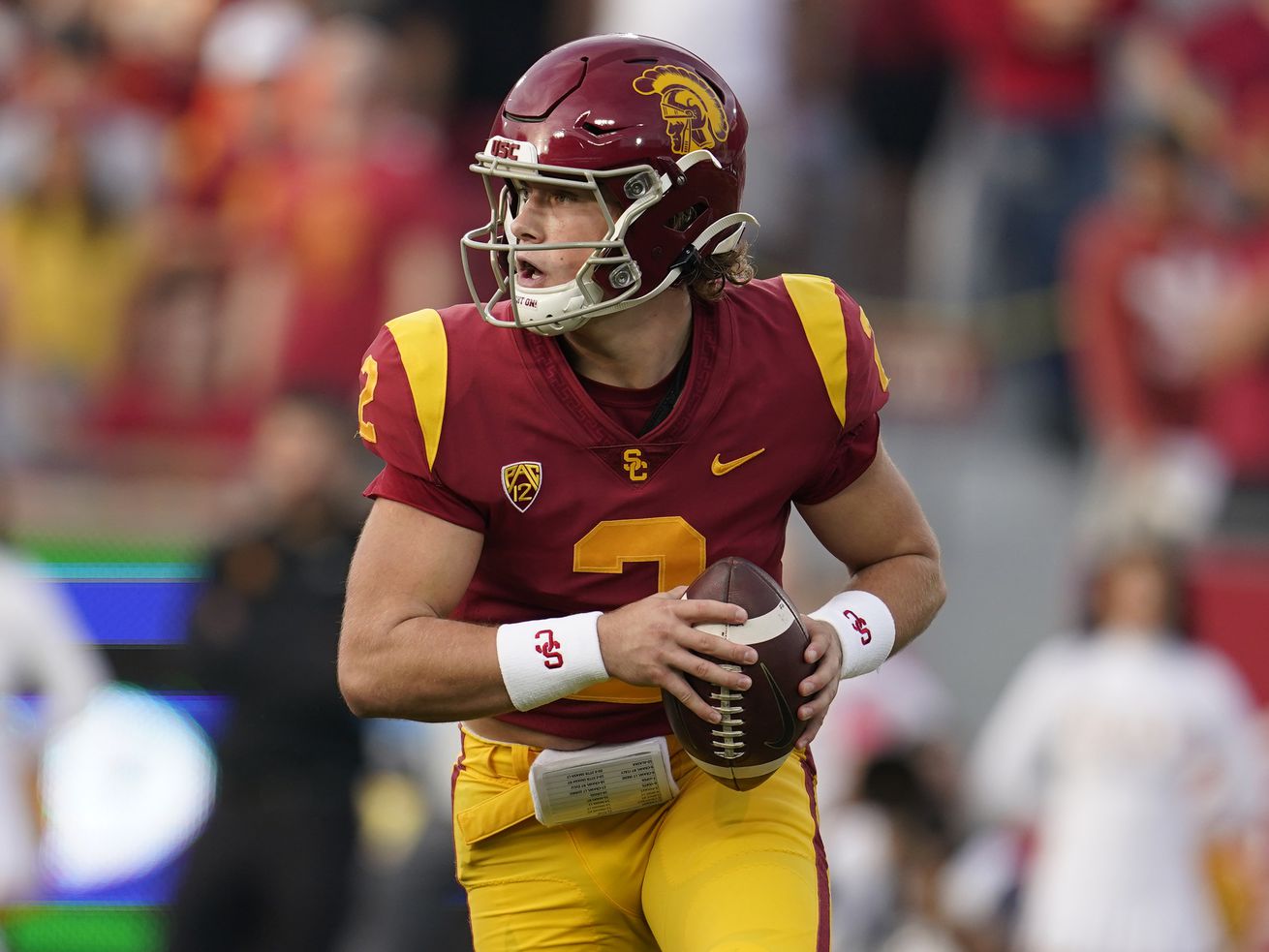 It’s been less than a week since reports surfaced of Jaxson Dart entering the NCAA transfer portal, and there are already some apparent top contenders for his services.

On3’s Gerry Hamilton reported Thursday that Dart, the former Corner Canyon and Roy High quarterback who played as a true freshman for USC in 2021, is focusing on three schools as a possible transfer destination: Oklahoma, Ole Miss and TCU.

Dart, a former four-star recruit, will visit each of the schools over the next few days, according to Hamilton.

The 6-foot-3, 215-pound Dart played in six games this past season, including ending the year as USC’s starter, and threw for 1,353 yards, nine touchdowns and five interceptions while completing 61.9% of his passes. He also rushed for two touchdowns.

There’s been change at the California school, though, as USC hired Lincoln Riley as its new head coach.

Each of the schools Dart is reportedly giving a closer look has its own quarterback or coaching shuffling going on.

Oklahoma, where Riley was replaced by Brent Venables as head coach, has seen both its top quarterbacks — Caleb Williams and Spencer Rattler — enter the transfer portal.

While Rattler has already announced he will transfer to South Carolina, Williams is still making a decision, and there are reports he is looking into joining Riley at USC.

A blowout playoff win followed by an interview with the Chicago Bears. For Buffalo Bills offensive coordinator Brian Daboll, this is the definition of ‘strike while the iron is hot.’

Nearly two weeks ago, former UCF quarterback Dillon Gabriel announced he would be transferring to Oklahoma after originally committing to UCLA.

At Ole Miss, the Rebels are looking to replace Matt Corral, who declared for the NFL draft. Corral threw for 8,287 yards and 57 touchdowns during his college career and is considered one of the top quarterback prospects in this year’s draft class.

While Max Duggan, who will be a senior in 2022, has started 29 games over the past three seasons for TCU, Dykes is expected to make it an open quarterback competition, according to the Forth-Worth Star Telegram.

Dart is one of the top prospects currently on the open market, ranked the No. 3 player available in the transfer portal by 247 Sports.

Dart, the 2020 Deseret News Mr. Football recipient, held offers from several Western schools — among them BYU, the first school to offer him — before his recruiting heated up during his senior season of high school and he committed to USC.