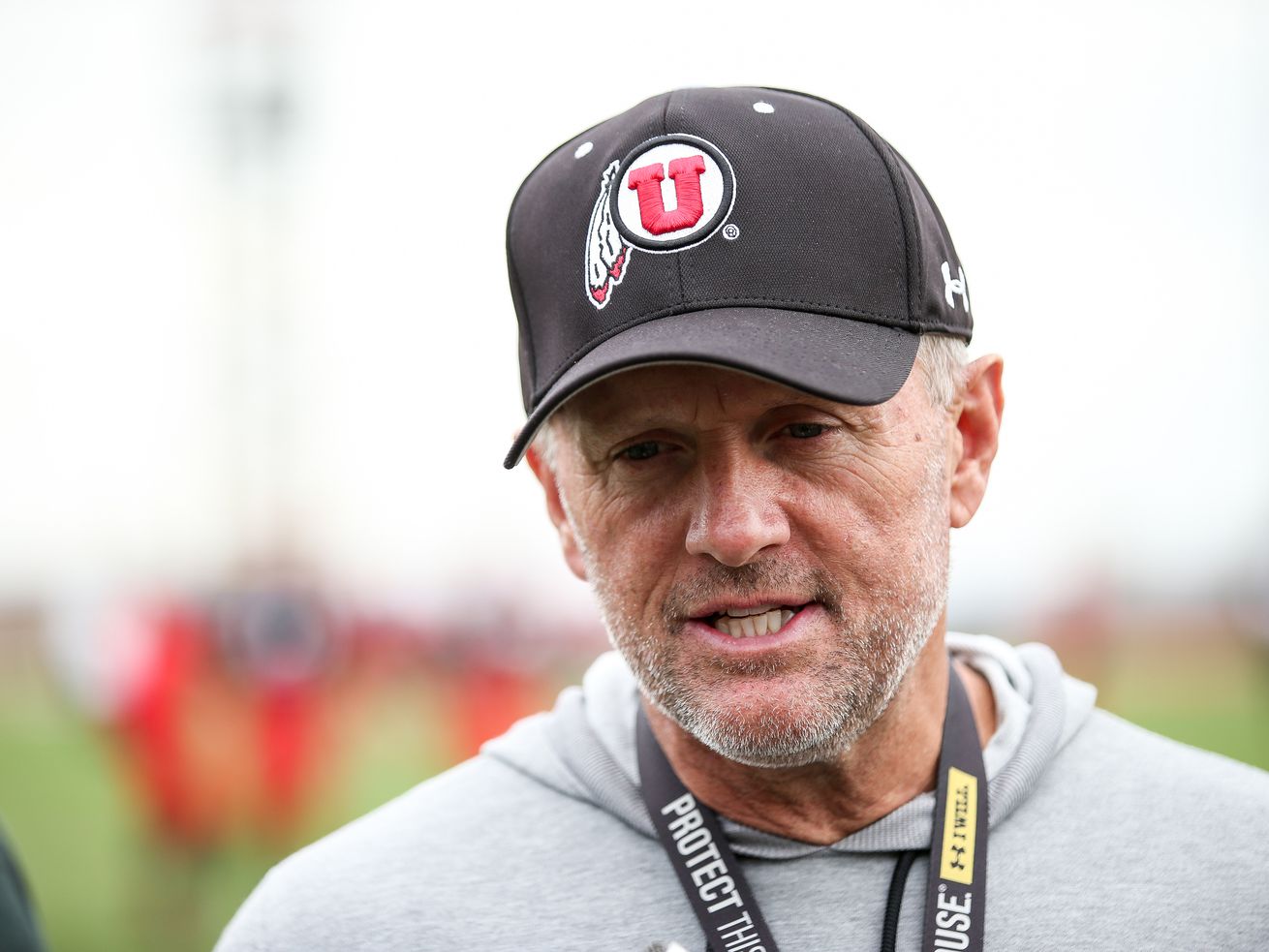 Utah football coach Kyle Whittingham talks to reporters during a a practice at the Eccles Football Center in Salt Lake City on Tuesday, March 26, 2019. According to a story in USA Today, the Utes’ coach will take a pay cut of $365,822 this year due to athletic department shortfalls because of the coronavirus pandemic. | Spenser Heaps, Deseret News

During the pandemic, many universities announced they were making major cuts to their athletic department budgets out of financial necessity, the University of Utah included, as athletic director Mark Harlan said in September that there would be department-wide furloughs.

It turns out Utah head football coach Kyle Whittingham will be one of the most immediately impacted people in his profession because of that, according to a USA Today report released Wednesday.

According to the report, Whittingham will take a pay cut of $365,822 this year, the second-highest in the country behind only Florida State head football coach Mike Norvell, who will take a cut of $468,750.

Whittingham, who according to the report is the 20th-highest paid coach in the country with an annual salary of $5 million, won’t be taking the biggest pandemic-related cut overall, as some coaches have agreed to have cuts occur over a longer period of time than just this fiscal year.

Clemson coach Dabo Swinney, for example, will take a cut of $1.25 million — the largest in the country — but it will be for 2021 and not this year (Whittingham’s overall cut is 13th-highest in the country).

After 21 years, Pepsi Center to be renamed Ball Arena as part of new partnership

As a private institution, BYU is under no obligation to detail coach salaries, and the school has declined each year to participate in USA Today’s report, including this year.

Alabama’s Nick Saban has the largest salary among coaches in the country at $9.1 million, according to the report, and will not take a pay cut. Same goes for LSU’s Ed Orgeron, who is second with an annual salary of $8,687,500 (Swinney has the third-highest salary at $8,258,575).

Former Utah State coach Matt Wells, who is now at Texas Tech, will ultimately have a pay cut of about $25,000 more than Whittingham, but on a salary of $3 million, with a little more than $127,000 of it coming this year.

Former BYU coach Bronco Mendenhall will have the eighth-highest cut this year at just under $265,000, but it is middle of the road overall.