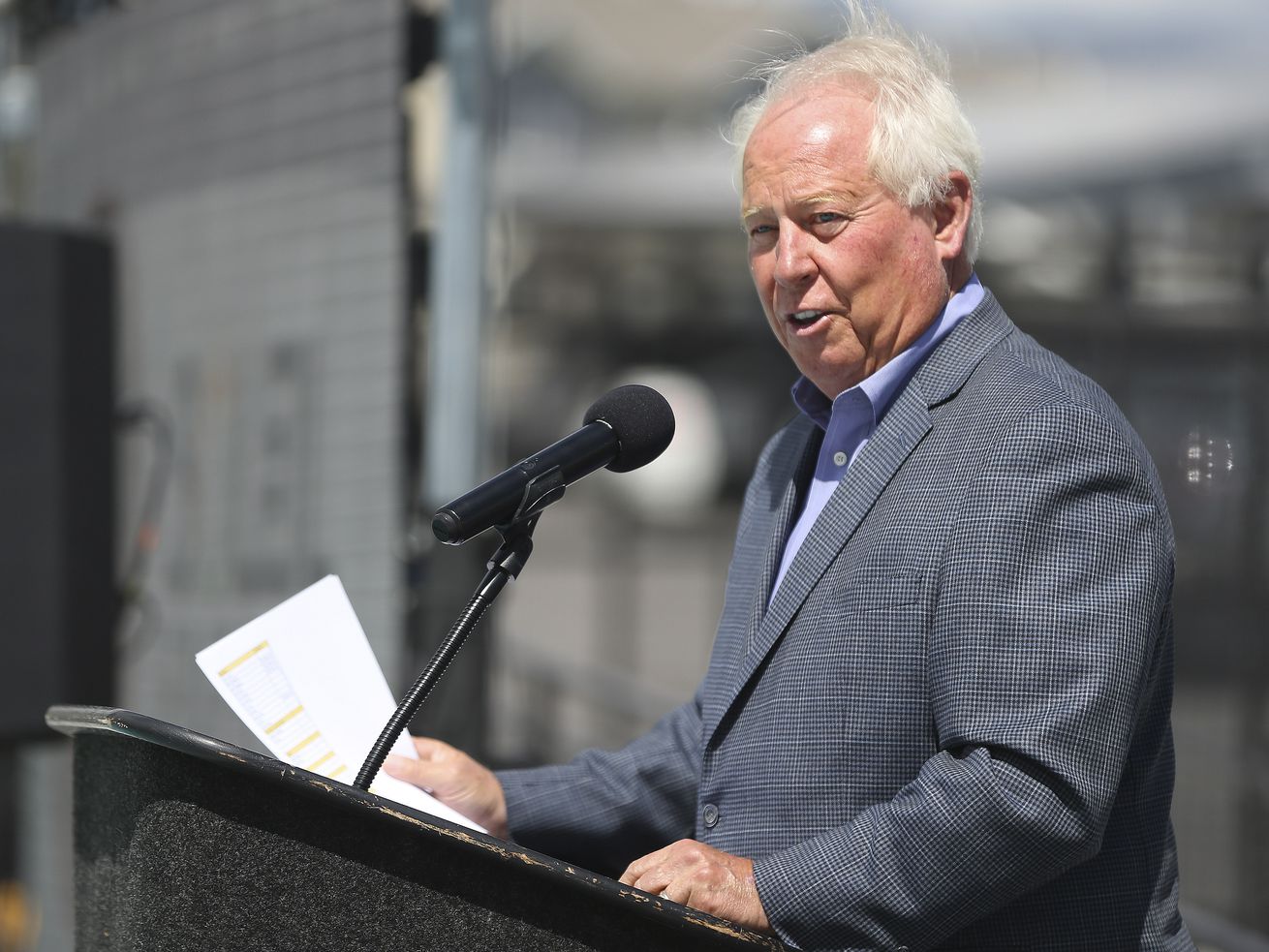 It could be a while before Real Salt Lake has a new owner.

The Athletic’s Paul Tenorio reported Tuesday that during a conference call, Major League Soccer commissioner Don Garber said the league has in fact taken over the sale of the franchise, which was expected to happen on Jan. 8 if Dell Loy Hansen hadn’t found a buyer, and “is hopeful it can sell the team in 2021.”

Garber said the league’s investigation found Dell Loy Hansen engaged in conduct that was “inappropriate for the workplace” and “contrary to the values” of MLS and RSL. Said team has taken over the sale of RSL and is hopeful it can sell the team in 2021.

While that is a positive spin from Garber, the notion that the sale may not be completed this year comes after The Athletic previously reported the process would likely be at least somewhat fast once the league took over, with new Utah Jazz owner Ryan Smith being the front-runner to buy.

Garber’s characterization, however, gives the impression the league may look elsewhere.

Tenorio also reported that Garber said the league’s investigation into Hansen and RSL found that the departing owner “engaged in conduct that was ‘inappropriate for the workplace’ and ‘contrary to the values’ of MLS and RSL” but did not elaborate.

Lisa Baird, commissioner of the National Women’s Soccer League, which included the Hansen-owned Utah Royals FC before selling the franchise (which has been relocated to Kansas City), said on a separate call Tuesday that the league would not share the findings of its investigation into Hansen, according to The Athletic’s Meg Linehan.

#NWSL will not share the results of the investigation into the culture in Utah.