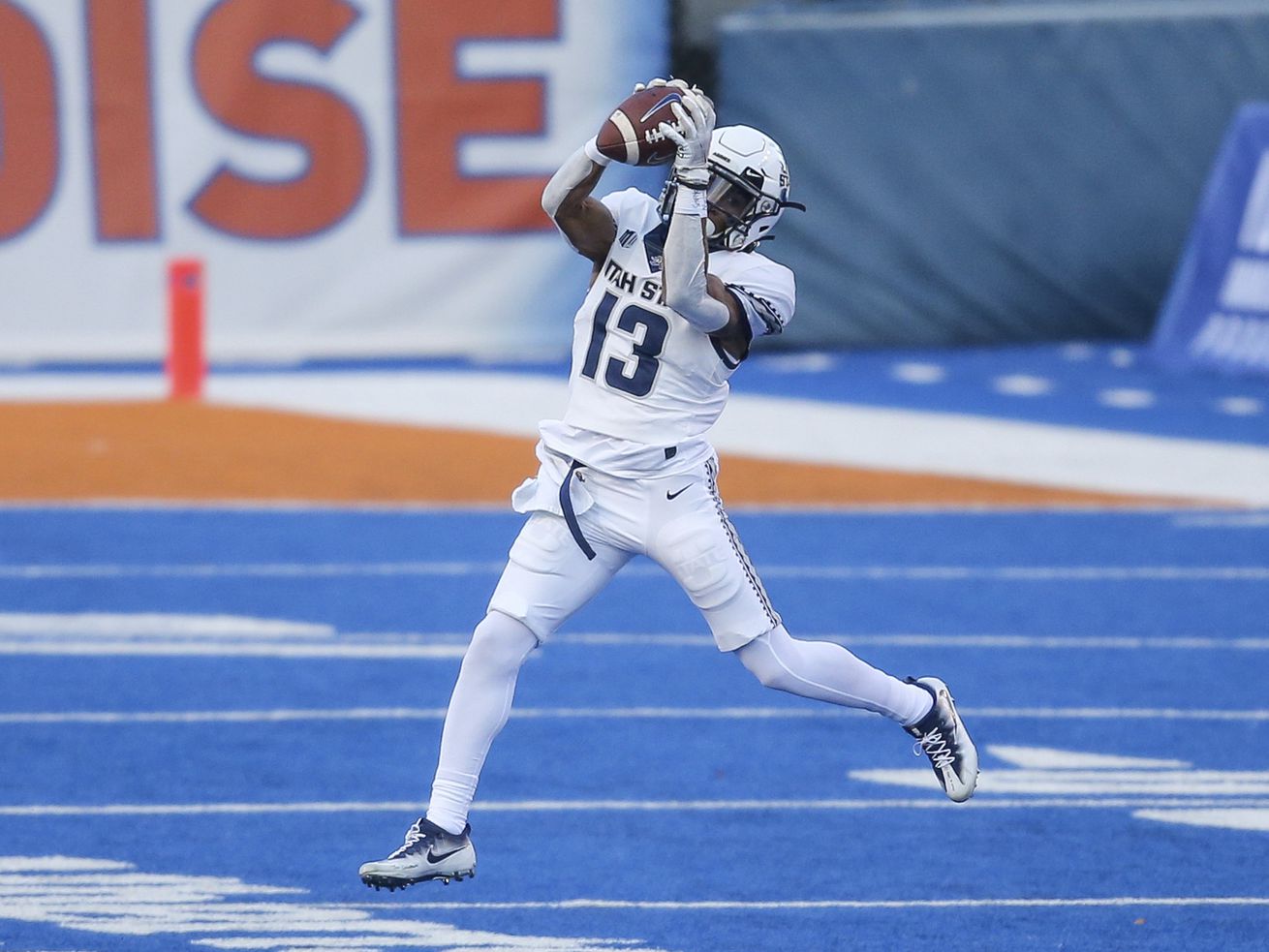 The hits just keep on coming for the Utah State Aggies.

A day after reports emerged that safety Troy Lefeged Jr. had entered the transfer portal, another key Aggie is reportedly looking for a way out of Logan.

According to a Friday night report by Rivals, junior wide receiver Deven Thompkins has entered the transfer portal.

A two-star recruit out of high school (Bishop Verot, Florida), Thompkins arrived at Utah State in 2018 and became an immediate contributor for the Aggies. The Fort Myers native played in all 13 games as a true freshman and finished the year with nine receptions for 65 yards and two rushes for 30 yards, while adding six punt returns for 55 yards and two kickoff returns for 68 yards

Thompkins built on that early success his sophomore season, and played in 12 games while making six starts. He became one of then-quarterback Jordan Love’s favored targets and finished the year third on the team with 40 receptions for 536 yards and tied for second with his four receiving touchdowns.

Entering this season, Thompkins was expected to take an even bigger leap, as offensive coodinator Bodie Reeder hoped to use him all over the field.

“We’ve had conversations about moving me around to different spots, including the backfield,” Thompkins told the Deseret News in July.

Through the first four games of the season, the Aggies indeed used Thompkins in a variety of ways, or tried to at least. Like Love before him, then-USU quarterback Jason Shelley quickly settled on Thompkins as one of his preferred targets — Shelley has since been dismissed from the team — and Thompkins leads the team with 20 receptions for 214 yards and a touchdown.

He also lays claim to the Aggies’ greatest highlight of the year, a “SportsCenter”-worthy touchdown reception to end the first half of USU’s loss to San Diego State.

We are in awe of this Deven Thompkins catch to end the first half. How was he able to drag his foot!? Incredible.@USUFootball pic.twitter.com/emN8OyG88G

Thompkins will have two years of eligibility remaining and received interest from UMass before settling on Utah State coming out of high school.