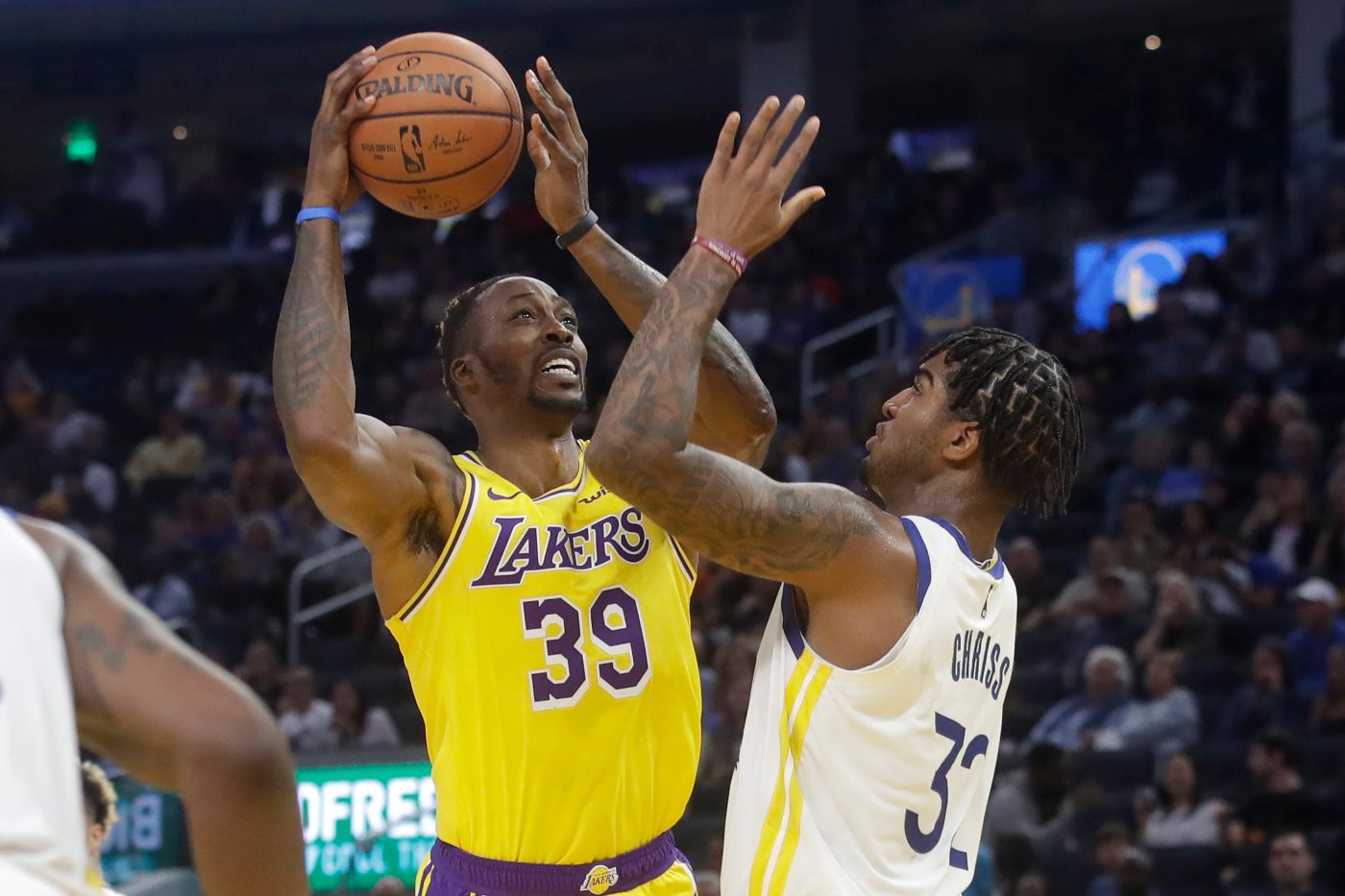 The Golden State Warriors could have interest in Dwight Howard should be become available in free agency, a new report from The Athletic’s Shams Charania suggests.

That’s only if he becomes available. According to Charania, Howard and the Los Angeles Lakers have mutual interest in a new contract.

The 6-foot-10 Howard, who will turn 35 on Dec. 8, revitalized his professional career last year after he rejoined the Lakers in August after an injury to DeMarcus Cousins created an opening on the roster.

The Warriors lack size in the middle and could be a fit, with 6-10 Alen Smailagic, and 6-9 Marquese Chriss and Kevon Looney presently their tallest players. The three combined to average 16.9 points and 11.4 rebounds per game last season.

There has also been speculation, the Warriors will use their second overall pick in next month’s NBA Draft to select 7-foot-1 center James Wiseman.

Howard had previously played for the Lakers in 2012-13 before an acrimonious separation. He then played with the Houston Rockets from 2013 to 2016, followed by one year stints in Atlanta, Charlotte and Washington.

Utah Runnin’ Utes lay out lofty goals for this season

Howard played just nine games with the Wizards before he underwent spinal surgery. The season before with the Hornets, a healthy Howard averaged 16.6 points and 12.5 rebounds per game.

Warriors GM on Klay Thompson’s progress: There’s one “final piece to his puzzle”

Warriors have top-five odds to win 2021 NBA title, but Lakers are favorites

Howard was traded to Memphis in July 2019 but had the final year of his contract bought out by the Grizzlies in August, clearing the way for him to return to Los Angeles after Cousins was hurt.