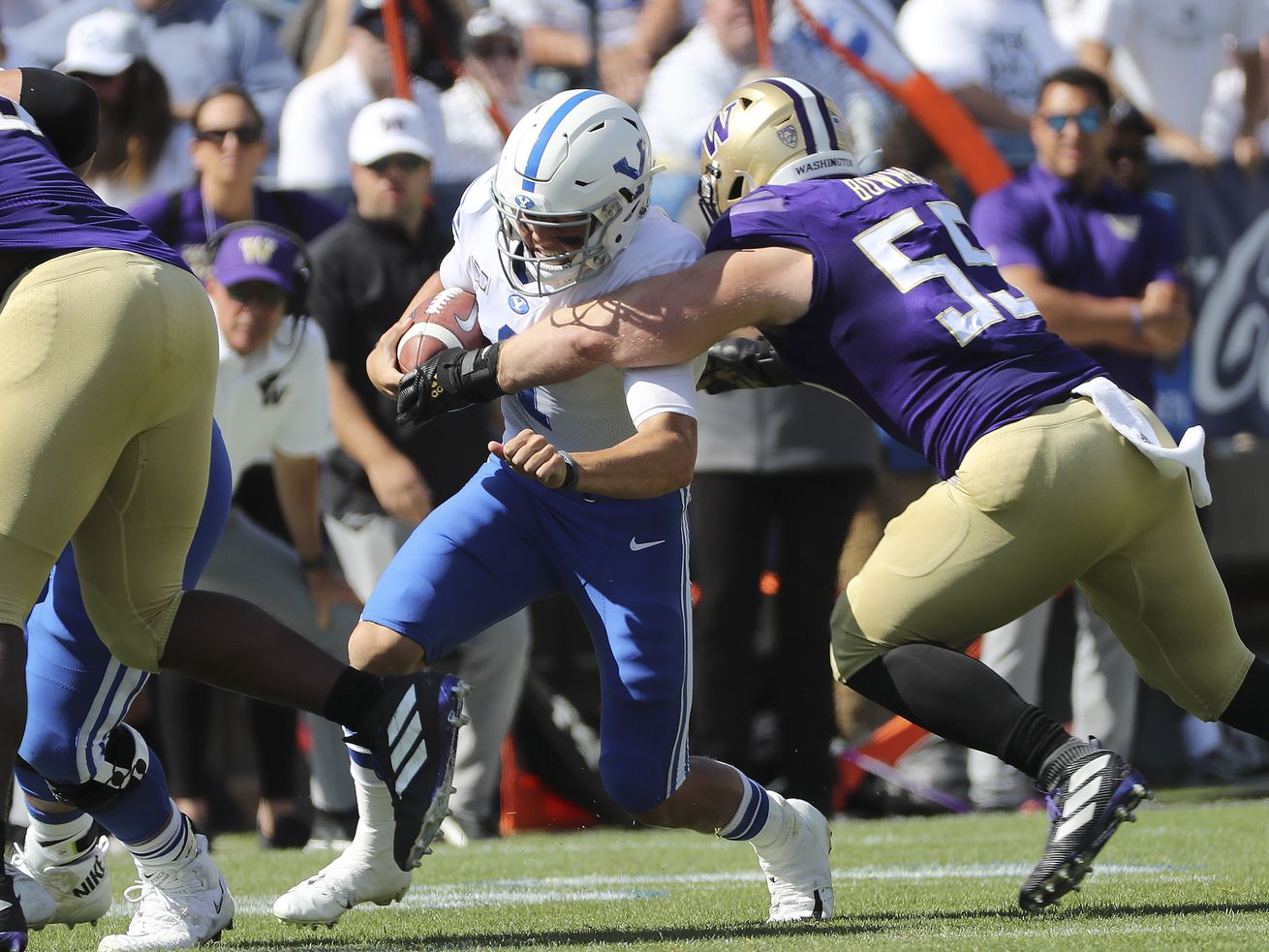 ‘It’s off the table’: Washington’s request to play BYU on Saturday after the Apple Cup was canceled due to COVID-19 was rebuffed by the Cougars for a variety of reasons, including the Pac-12’s stipulations for non-conference games

After having its annual Apple Cup rivalry football game with Washington State canceled because of COVID-19 issues, Washington reached out to BYU to gauge the Cougars’ interest in replacing WSU this coming weekend, according to multiple national college football reporters.

Bruce Feldman of Fox Sports, Kyle Bonagura of ESPN.com and Mike Vorel of the Seattle Times were among those who initially reported the possibility.

Later Sunday, Feldman reported that “BYU turned down the opportunity to play Washington this coming weekend” because it “wanted to wait until after the (College Football Playoff) rankings Tuesday” to assess where it stands.

SOURCES: #BYU turned down the opportunity to play #Washington this coming weekend. UDub had reached out yesterday but was told BYU wanted to wait until after the CFP rankings Tuesday to gauge their place. “It’s off the table.”

Having defeated North Alabama 66-14 on Saturday, BYU is not scheduled to play again until Dec. 12 against San Diego State in Provo, but coach Kalani Sitake and athletic director Tom Holmoe have repeatedly acknowledged they would like to add more games to the schedule if the conditions are right.

“If you are going to assume anything, you should probably assume that we want to get games,” Sitake said. “And Tom is not a hard guy to get ahold of.”

Am hearing that Washington is trying to schedule BYU for this week.

A BYU-Washington rematch of last year’s 45-19 Huskies win at LaVell Edwards Stadium would have to be played in Seattle, per the stipulations the Pac-12 listed last week when it announced its teams could play nonconference games.

BYU would also have to adhere to all Pac-12 testing and related protocols, a possible stumbling block because the Cougars test differently and less frequently.

The Pac-12’s criteria also stipulates that the game must be broadcast by a Pac-12 television partner.

And, if a Pac-12 opponent becomes available by the end of the day Thursday in any given week, the conference game must be played in lieu of any nonconference game.

In essence, BYU would have to agree to a game that could be canceled Thanksgiving night if another Pac-12 teams needs an opponent.

Washington has reached out to BYU about scheduling a game for this week, but so far BYU has resisted, sources tell me and @ESPNRittenberg

Another Pac-12 requirement is that teams have 53 scholarship players available, including one quarterback, seven offensive linemen …read more