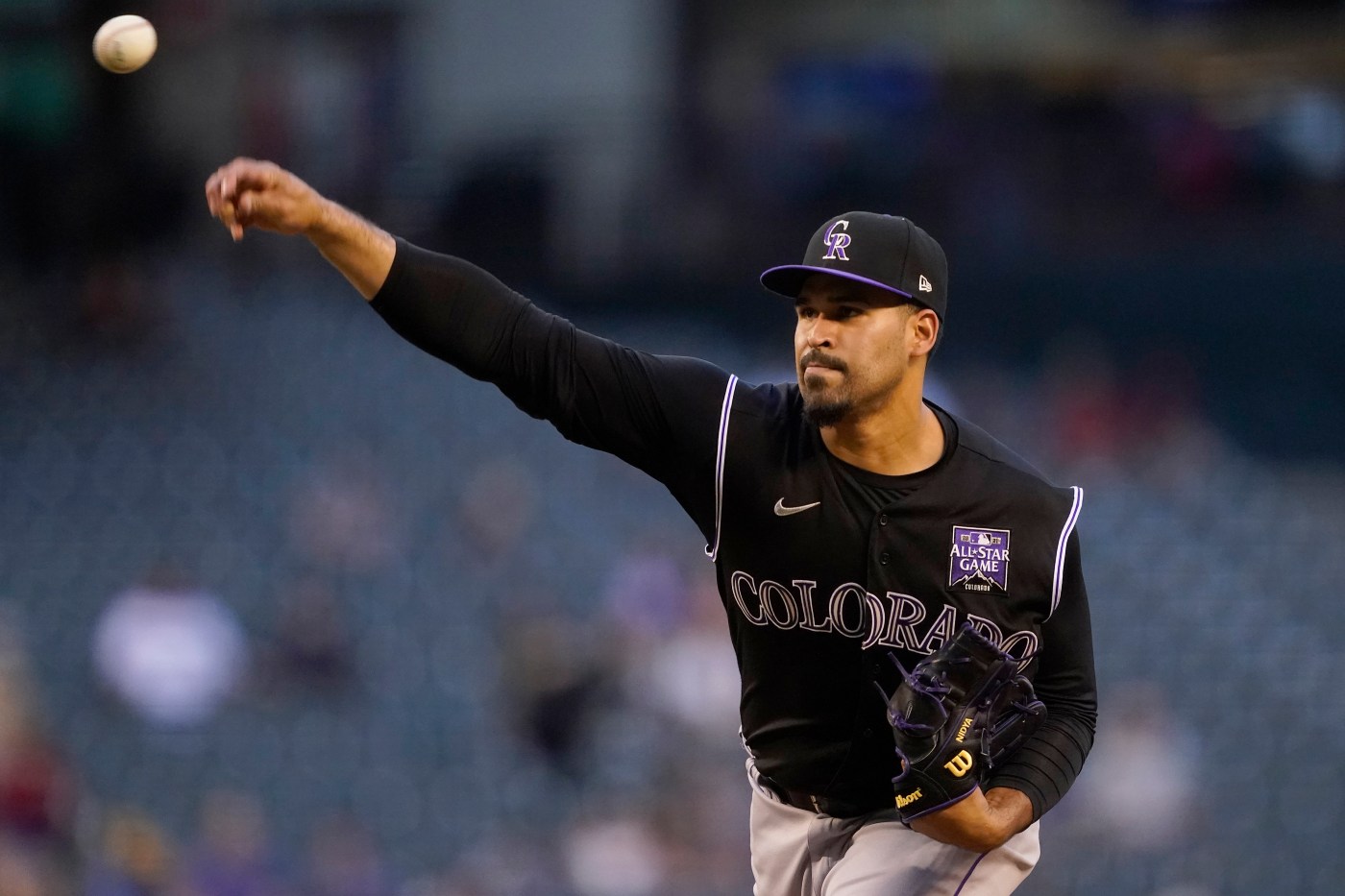 The Rockies’ rotation will receive a shakeup next week.

Antonio Senzatela suffered a mild groin strain and has been placed on the 10-day injured list, manager Bud Black told reporters on Saturday, after Senzatela threw 104 pitches in a Rockies loss Thursday at the Diamondbacks. Senzatela suffered the injury while warming up in the bullpen, Black said.

“He’s doing much better today than yesterday. The soreness is lessening,” Black said. “The guys in the training room are encouraged by how he came out of the start. … Our expectation is that he will heal, hopefully, and be able to jump into the rotation later next week or when we get back home from St. Louis.”

The Rockies called up southpaw Lucas Gilbreath to join the team’s bullpen. Black would not specify who will replace Senzatela in the rotation Tuesday at the Mets, but he indicated that reliever Jhoulys Chacin is among those in contention. Last month, the right-hander threw 62 pitches during three innings of relief at the Dodgers. Black said: “With the rest up until Tuesday — if we decide to go that way — (Chacin) can give us 60 to 75 pitches.”

Rockies shut out by Cardinals on Mother’s Day, get swept in series

Rockies’ Charlie Blackmon shows signs of busting out of slump

Fuentes yet to draw a walk. Rockies infielder Josh Fuentes is among a slew of players who struggled offensively during the opening month of this season.

His underwhelming .192 on-base percentage is fueled by another concerning statistic. Fuentes, over 78 plate appearances this season, has yet to draw a walk.

“That’s definitely something I need to adjust,” Fuentes said. “I know, lately, I’ve been getting better at taking pitches and getting a hitter’s count. … I don’t really think about walks because the only reason I’m in the big leagues is because I was swinging. But there is definitely a time when you need to take your walk, you need to get on base, and you need to keep the line moving.”

Fuentes did not play Saturday night at the Diamondbacks with utility man Garrett Hampson at second and infielder Ryan McMahon at third. The rest should allow Fuentes to further examine how to become more selective at the plate.

“With Josh, we’ve just seen the expansion of the strike …read more

Marvel Studios & Disney+ | SUPER BOWL 2021 | Promo
A father, a son, and a Mother’s Day story for the ages
SHARES
ShareTweet