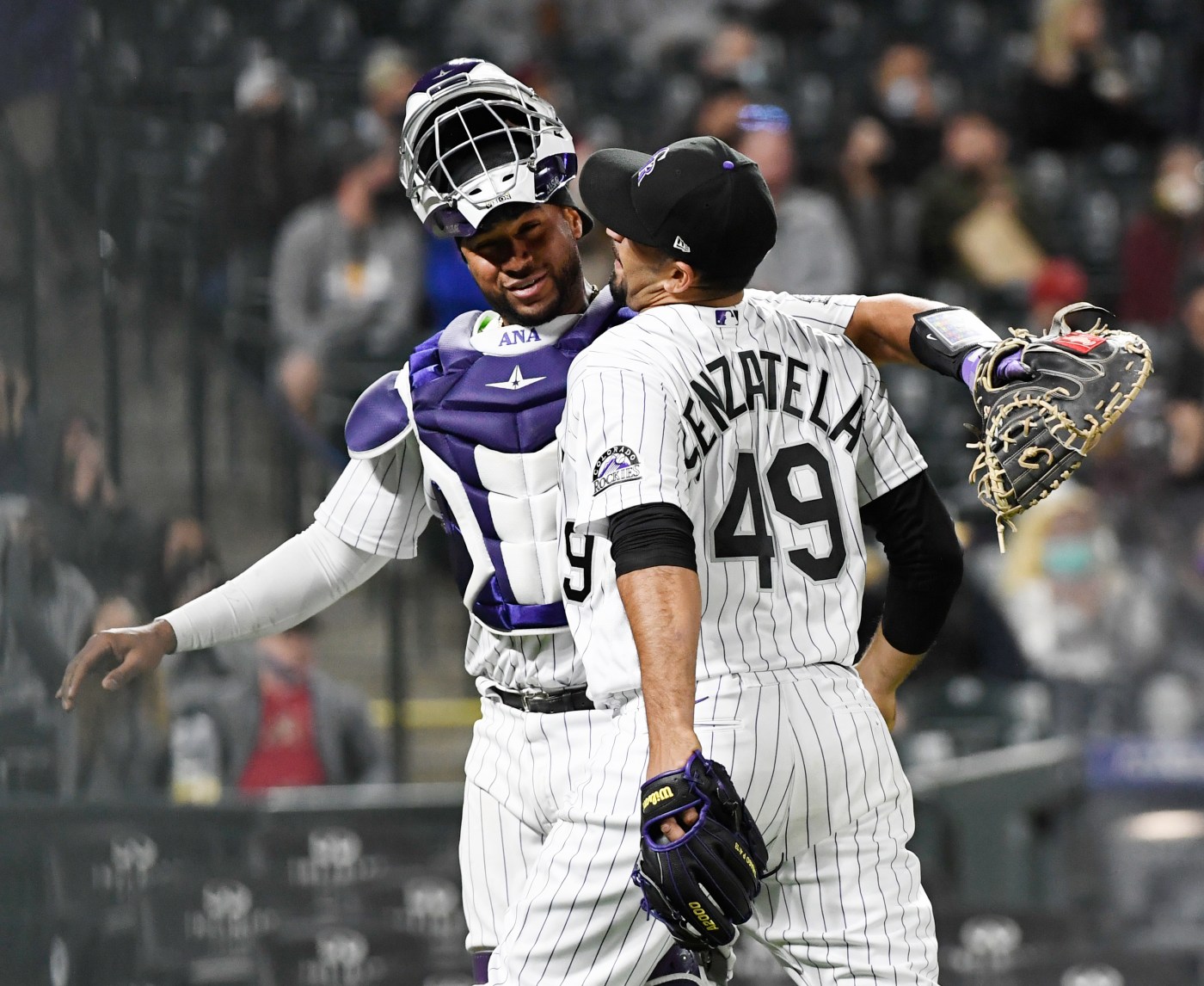 If the Rockies could draw up a blueprint for success in 2021, it would look like their 8-0 victory over Arizona on Wednesday night at chilly Coors Field.

Right-hander Antonio Senzatela, who was off his game in his first start of the season against the Dodgers, looked like the “Senza” from 2020 when he was Colorado’s most consistent starter.

He tossed the Rockies’ only complete game in 2020, and he flirted with another one Wednesday. He smothered Arizona batters for eight scoreless innings, allowing only four hits. He struck out only three, but then, Ks aren’t a big part of his game anyway.

Inducing groundball outs, however, has become Senzatela’s forte. He induced 15 of them Wednesday night, including a double play in the first inning. He threw 96 pitches, 62 for strikes.

The one glitch in the near-perfect evening for the Rockies was the right-leg injury suffered by valuable utility player Chris Owings, who got the start in right field. Before departing the game prior to the sixth inning, Owings hit 3-for-3, raising his season average to .500 (7-for-14).

Colorado, which pulled out of its four-game losing skid, played its best game of the young season and put together the type of offense manager Bud Black preached about throughout spring training. That is: timely hitting, speed on the basepaths and moving runners along.

The Rockies’ two-run fourth inning provided an example of what they would like to do. Yonathan Daza led off with a single and moved to second on Senzatela’s perfect, two-strike sacrifice bunt. Daza sprinted home on Hampson’s single, and then Owings plated Hampson with a double.

Letter: Thank you, Utah Jazz, for bringing us an escape from the craziness

Rockies Mailbag: Should fans be OK if Colorado gives a “good effort?”

Owings put on quite a show before he was injured.

He lashed an RBI triple in the first to score Hampson, doubled and scored a run in the third, and then hit the double to score Hampson. Add on Owings’ diving catch in right field to rob Carson Kelly of a hit in the fifth and it illustrated why Black was so eager for the Rockies to re-sign Owings in the offseason.

Marvel Studios & Disney+ | SUPER BOWL 2021 | Promo
49ers in precarious position taking QB at No. 3, regardless of who they pick
SHARES
ShareTweet