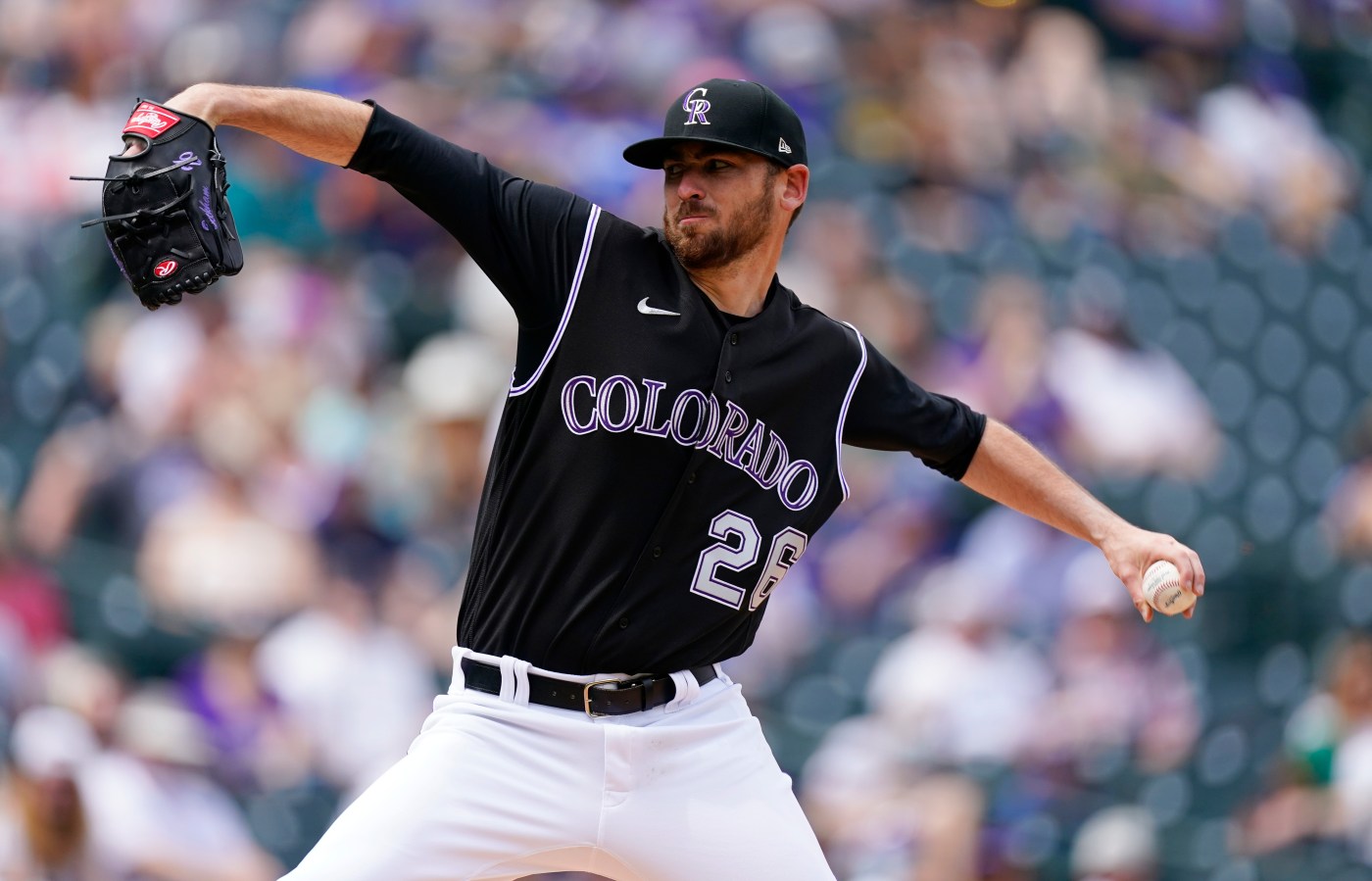 Bud Black is not one to overreact. So seeing his Rockies lose three of four games to the Los Angeles Dodgers to open the season is not going to make the manager panic.

Black, however, hates it when his pitchers walk batters. You can see it in his body language: hands on his hip, arms crossed. And there was a lot of body language going on near the top step of the home dugout at Coors Field.

Over the four-game series, Colorado pitchers walked 23, an average of 5.75 walks per nine innings. That’s not going to cut it, especially at Coors Field where walks often lead to an avalanche of runs. Only the Arizona Diamondbacks, who come to Denver for a three-game series beginning Tuesday night, have a worse walk rate (6.27).

The last Rockies pitcher to walk at least seven batters was in 2017, when right-hander Tyler Chatwood walked eight, also against the Dodgers at Coors. Before Gomber’s meltdown Sunday, no Rockies pitcher had walked seven in just three innings. Just as disconcerting, he threw 73 pitches in those three innings and 36 of them were balls.

“Everything was fine except, you know, the inability to get the ball consistently in the strike zone,” Black said.

Black wasn’t being sarcastic or trying to excuse Gomber’s poor performance. He meant that Gomber’s fastball velocity (91-93 mph) was just fine, and he liked the spin on Gomber’s breaking pitches.

Gomber, who said he was “maybe too amped up,” said his walk problem is fixable, adding that he’ll study video of Sunday’s game. He’s scheduled to start again on Friday at San Francisco in the Giants’ home opener.

“I’ll watch it, because there’s got to be something specific I was doing to not throw strikes,” Gomber said. “Then, I’ll flush it and move on. This isn’t the first time I’ve pitched a bad (game) in my career, and it certainly won’t be the last.

“The biggest thing is to get the work in this week, then go out and go back to being the guy I was all spring training and my entire career, which is a strike-thrower.”

Josh Fuentes out with sore wrist as Rockies’ injuries continue

Austin Gomber, Rockies fall behind early, drop 3 of 4 in series against Dodgers