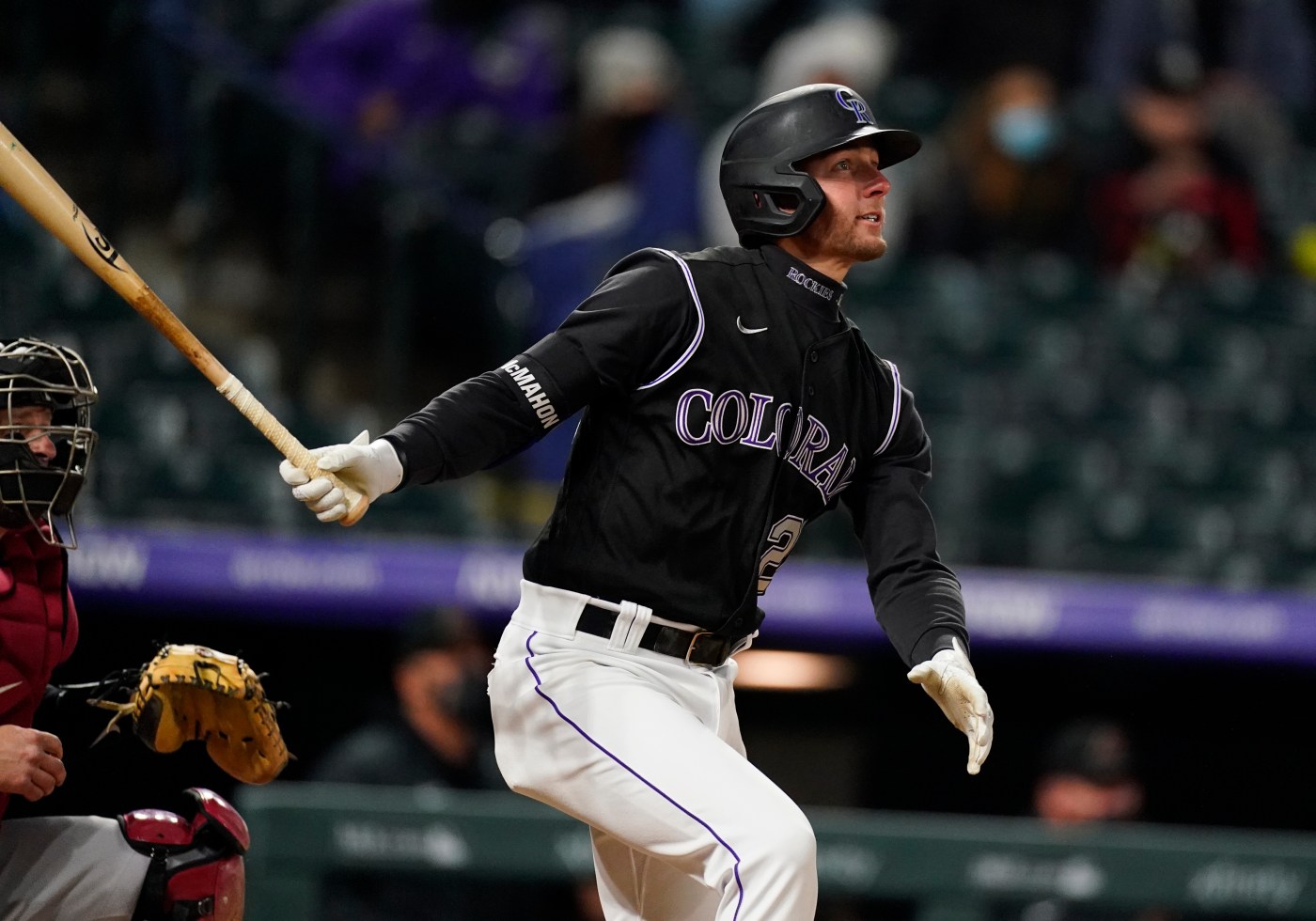 It’s a long season and five games — and a 1-4 record out of the gate — doesn’t tell us a whole lot. But considering that the Rockies’ hit just 63 home runs during the 60-game 2020 season (ranking 22nd in the majors), the barrage of homers is encouraging.

Following Ryan McMahon’s three-homer night Tuesday, Colorado had 11 dingers and had a 5.6 home run percentage. Both marks were the best in the National League.

“I think the power potential for our squad … there is a very, very high ceiling for that,” outfielder Sam Hilliard said Wednesday before the Rockies hosted Arizona at Coors Field. “I think we might have some of the most raw power in the league.”

McMahon leads the club with four homers, followed by Hilliard and Dom Nunez with two each.

As manager Bud Black notes, shortstop Trevor Story had not hit a home run entering Wednesday’s game and right fielder Charlie Blackmon had hit just one. So he sees potential.

“There’s some natural power in this group,” Black said. “(C.J.) Cron doesn’t have a home run, either, and he and Trevor project to be our big home run hitters. So their time is coming.”

Black noted that he expects some home runs from catcher Elias Diaz, too, and said that utility players Garrett Hampson and Chris Owings have “sneaky pop.”

So does left fielder Raimel Tapia, though Black doesn’t want him to start swinging for the fences.

” ‘Tap’ needs to concentrate more on line drives and using the whole field,” Black said. “I think that’s a strength. Sometimes, Tap’s swing gets a little big and long. I think we have seen that the last few games after he hit his home run.”

Fastball command. No. 1 starter German Marquez is throwing the ball well. Marquez’s fastball is hopping to the plate at an average of 95.6 mph, and his curve and slider have been sharp, according to Black. The changeup remains a work in progress.

Rockies Mailbag: Should fans be OK if Colorado gives a “good effort?”