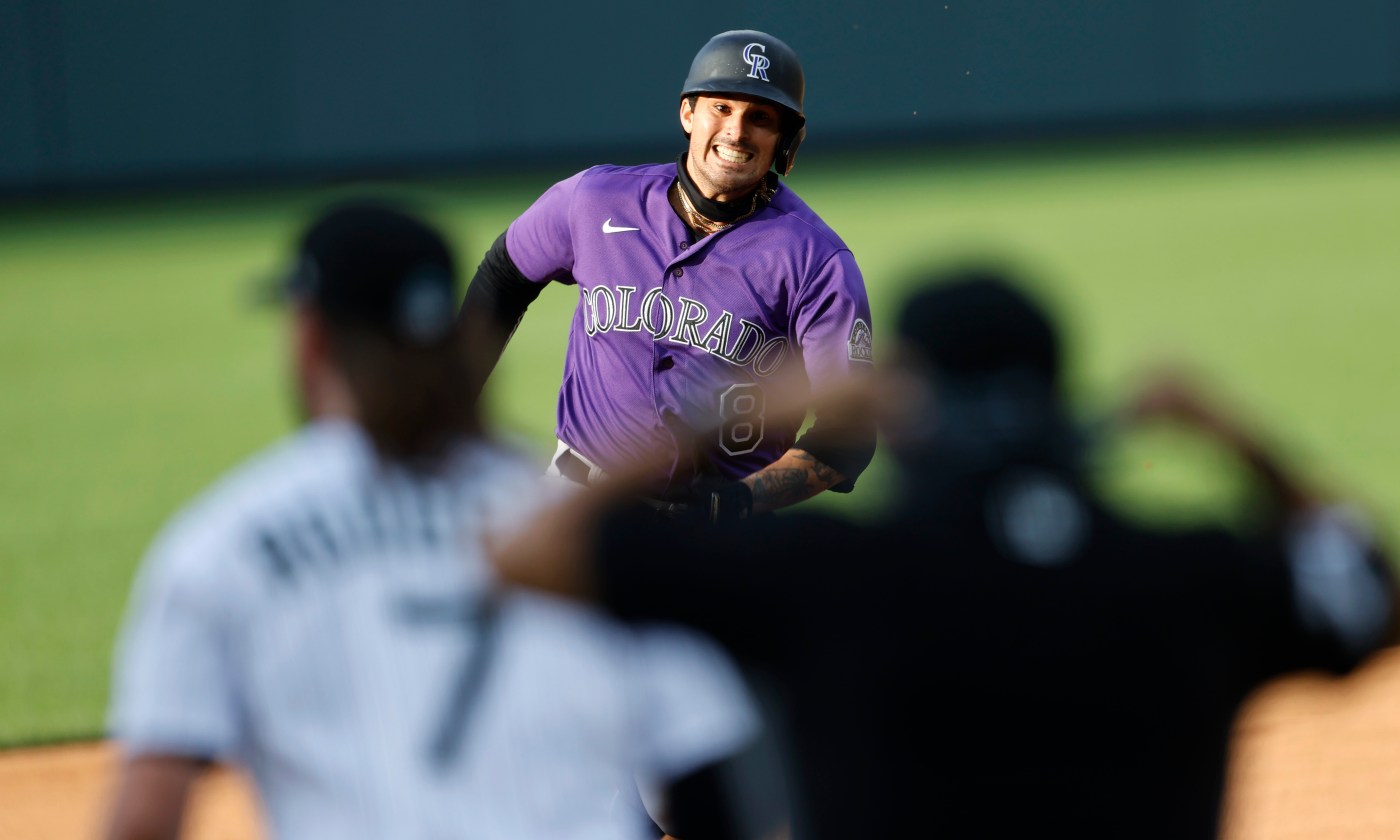 In April 2012, 19-year-old Josh Fuentes was interviewed by a reporter for The Lariat, the student newspaper at Saddleback Community College in Mission Viejo, Calif.

“Every goal I have is an achievable goal for me,” said Fuentes, who was hitting .342 for the Gauchos at the time. “Nothing is out of reach. Persistence and being focused on the task helps to achieve it… When you have setbacks, those who are persistent enough get back up and continue to tackle it and have success. I live by that.”

If it sounded liked a mission statement, it was.

“I’m always kind of waiting in the shadows,” Fuentes said. “I’m going to do everything I can to get better and be ready. Because I know, eventually, my name will get called a couple times. I don’t want to let go of my opportunities.”

Fuentes entered the weekend batting .313 (10-for-32) with a .843 OPS. He was instrumental in the Rockies’ rare series victory over the Dodgers last weekend in Los Angeles, with a two-run, pinch-hit double on Saturday and his first home run of the season Sunday. Since he got called up from the satellite camp Aug. 20, Fuentes has started six times. Since September of last season, he’s hit safely in 13 of his 14 starts, hitting .327 (18-for-55) with four home runs and 10 RBIs.

That’s a small sample size, to be sure, but at least Fuentes is getting a shot. That makes Rockies star third baseman Nolan Arenado happy and proud. Arenado is Fuentes’ older first cousin. They grew up together, tight as brothers, in Orange County, Calif.

“Josh is doing a great job of being ready to hit when he plays and his defense has always been really good,” Arenado said. “He’s not afraid to work and get better. He is a big-league player, so his ability to hang in there and make it is something I knew he could do. He’s been great for our team as a player and as a guy in the clubhouse. Everyone loves him.”

Fuentes has followed a twisting, uphill path to the majors. He didn’t make the varsity team at Trabuco Hills High School until he was a senior. He played two years at Saddleback, then one year at Missouri Baptist University, an NAIA school near St. Louis.

Though he made the American Midwest all-conference team in 2014, Fuentes went undrafted. Undaunted, he’s the only Spartans player to make the big leagues, despite the program having more than 60 players drafted over coach Eddie Uschold’s 21 years as head coach.