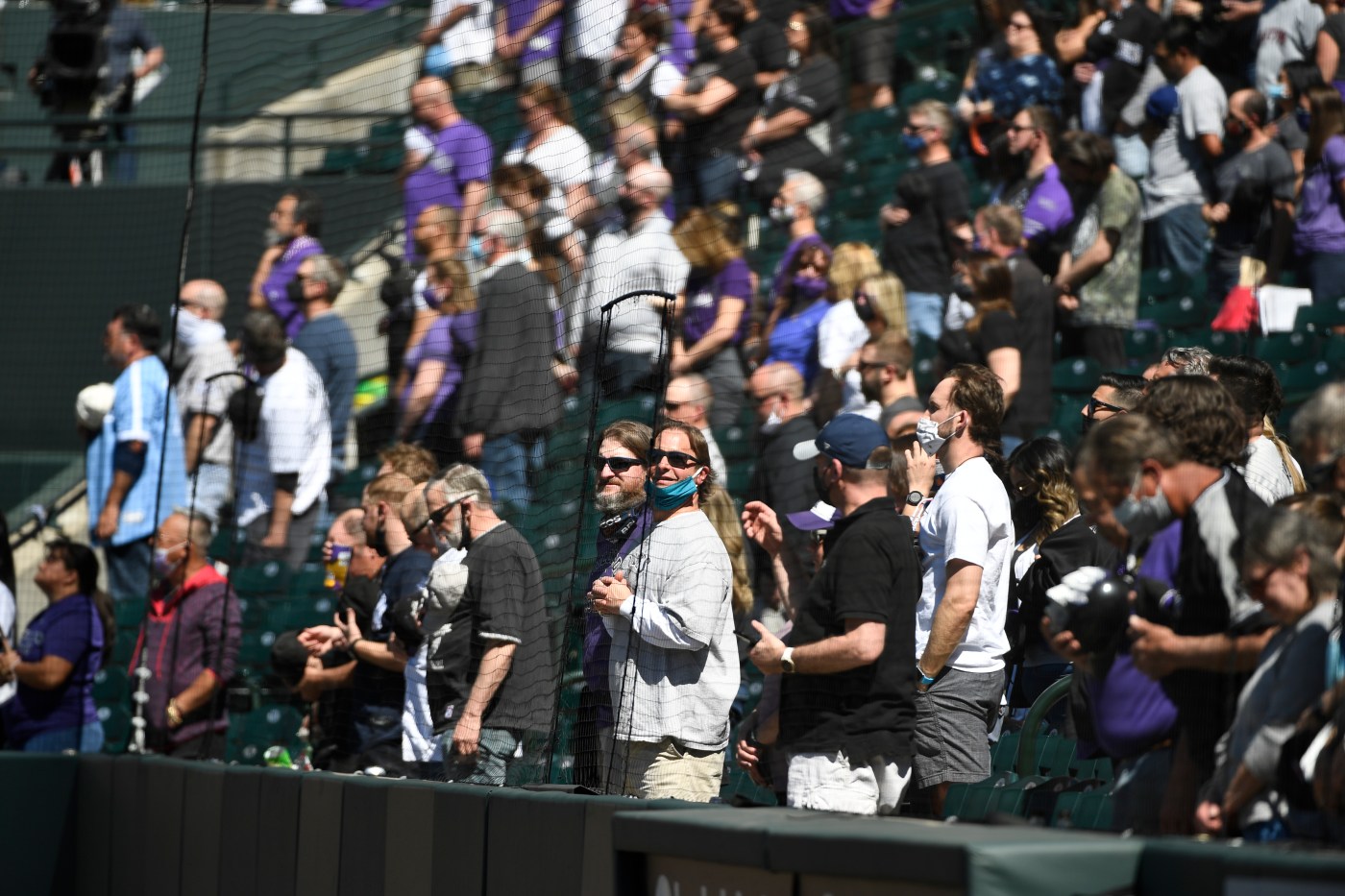 Pose a Rockies — or MLB — related question for the Rockies Mailbag.

After the opening series with the Dodgers, did you get the feeling that fans will be satisfied with losses if the Rockies continue to play hard and, for the most part, games are somewhat close? And of course the sun shines bright and the beer is cold! A dream come true for Dick Monfort and Jeff Bridich, a frustration for those looking for good baseball.

Well, DenverKari, there was a lot of enthusiasm at Coors Field for the opening series, although a lot of that energy was supplied by Dodgers fans. Still, the 21,000 fans made a lot of noise and it felt like a much bigger crowd.

I think a lot of that had to do with fans missing baseball and the Coors Field experience.

However, if the Rockies continue to lose games, I think the fan base will become disgruntled in a hurry. The biggest worry for the Rockies is falling into the pit of “out of sight, out of mind.” With Nolan Arenado gone already — and if Trevor Story is traded, or when he leaves at the end of the season via free agency — the Rockies will be sorely lacking star power.

I do think attendance will suffer, even if the pandemic fades away and Coors Field is wide open again.

The Rockies have been through this cycle before. In 2003, after the “newness” of Coors Field wore off, the Rockies averaged only 23,944 fans per game, and 1,915,586 for the season, marking the only time they failed to draw 2 million fans. It took Rocktober in 2007 to get fans excited again.

Judging by the emails I receive and fans I’ve talk to, there is growing apathy about the team. And many of them are tired of hearing about “how hard the team is playing.”

If the Rockies came out and admitted that the team is in a rebuilding mode, maybe the fan would be more forgiving, but the team continues to insist it’s a contender. Therefore, it’s fair to hold them to a standard higher than “playing hard.”

Hi Patrick, thanks for all your great early-season work!
Throughout the Dodgers series, Drew Goodman and Jeff Huson repeatedly commented on the Dodgers’ team strike-zone discipline, suggesting that it was a strength throughout the lineup, not just something we saw in individual players. Do you agree with this assessment, and if so, who gets credit? Better coaching? A more impactful organizational philosophy? You know where I’m going with this. If, as they imply, it’s not just that the Dodgers have better players, then what gives? What’s in the Dodgers’ secret sauce, and what’s keeping teams like the Rockies from developing the same team discipline?
— Ron, Denver

Ron, Drew and Jeff are absolutely right. The Dodgers are formidable on offense for a number of reasons. One of them is talent; they’re just very good hitters. Second, their approach is …read more