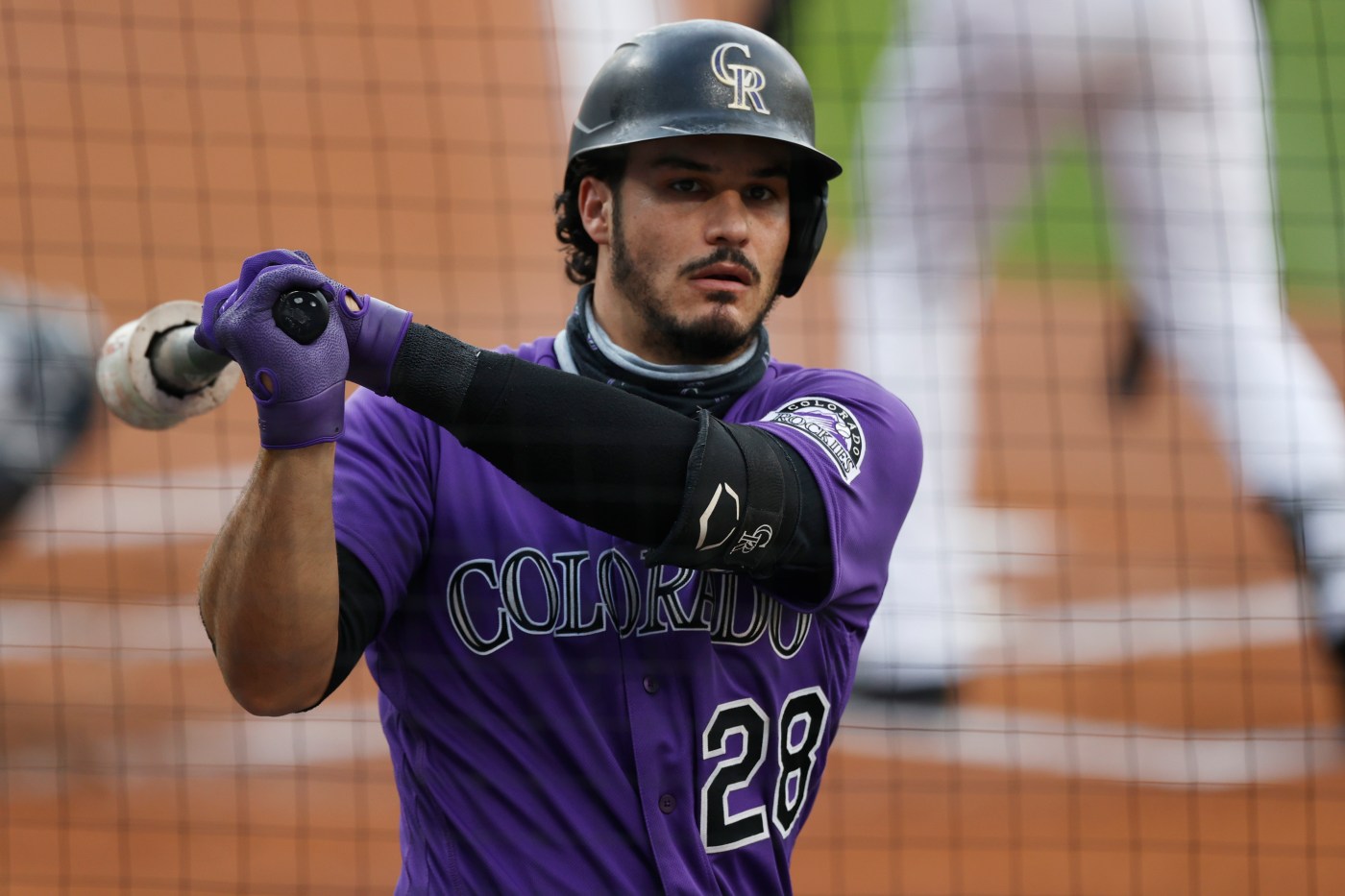 Rockies star third baseman Nolan Arenado was not in the lineup for Sunday’s game against the Angels because he’s dealing with a sore left shoulder, something that has bothered him for much of the season.

Arenado said the AC joint in his shoulder has flared up significantly over the last few weeks.

“It’s something I’ve had for a while and it’s been bothering me more now,” he said. “It’s kind of gone away, but not entirely. Now there’s a decent amount of pain in it. We’ve only got a few more games left and I’m going to try and grind through this.”

Manager Bud Black, head trainer Keith Dugger and Arenado met Saturday night and decided it was time to give him a break. The Rockies are describing it as an “overuse” injury.

Arenado, never a player to make excuses, is batting just .261 with a .772 OPS. He has eight home runs and driven in 25 runs but has not produced as he normally does. Normally, one of the best clutch hitters in baseball, Arenado is batting just .189 (10-for-53) with runners in scoring position this season.

“It’s affected my power, no doubt,” Arenado said. “I can’t finish high and follow-through (with) my swing.”

Even though the Rockies have only 15 games remaining, and are facing a crucial stretch as they try to make the playoffs, Black said it was time to rest Arenado.

Rockies’ Josh Fuentes, out of the shadows, making most of big-league chance

Saunders: Rockies’ to-do list to make the playoffs in 2020

“We decided not to start him today, and we are off tomorrow,” Black said. “I think it’s feeling better after some treatment and therapy, so we will see about Tuesday.”

Black said he does not think Arenado will have to go on the injured list as the Rockies head into their final two weeks of the season.

“I think it will just be a couple of days,” Black said.