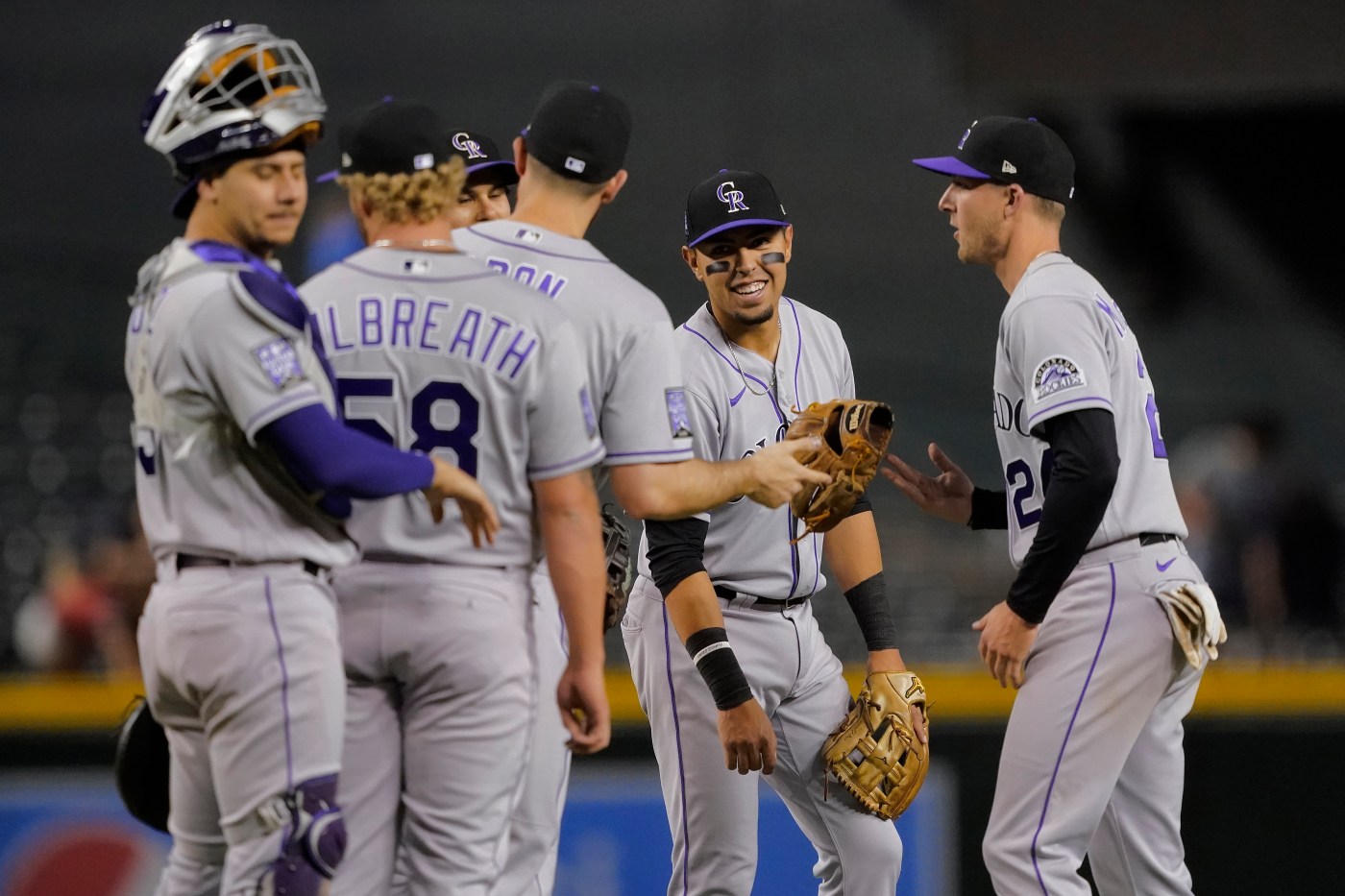 Manager Bud Black is not in the business of bold predictions for the Rockies after their second-worst start in franchise history. But he’s sure hoping the classic spring mantra holds true.

You might say Colorado discovered a glimmer of growth in the desert. Or maybe just a mirage.

The Rockies exploded for their best offensive performance of the year in a 14-6 victory at the Arizona Diamondbacks. Colorado racked up 18 hits with none more impressive than catcher Dom Nunez’s eighth-inning grand slam. Starting pitcher Austin Gomber, after the worst start of his career, was mostly excellent through six innings of work. The Diamondbacks brought out position players to pitch in the eighth and ninth innings.

Colorado benefited from a strong start on Saturday.

Gomber, after issuing 19 walks over his previous 23 innings, rediscovered his command. The southpaw acquired in the Nolan Arenado trade retired the first six batters he faced on 12 pitches. And Colorado shot out to an early 1-0 lead when Ryan McMahon ripped an RBI double that scored Trevor Story.

But the Diamondbacks surged ahead in the third with a pair of leadoff singles. A McMahon fielding error at third — the baseball ricocheting off the back of his glove — scored the first run. A sacrifice fly from Arizona catcher Carson Kelly gave the Diamondbacks a 2-1 lead.

However, in a reoccurring Saturday theme, the Rockies did not wilt under pressure. Their lineup challenged Diamondbacks starter Zac Gallen, who threw 93 pitches over just four innings.

Colorado, with two outs in the fourth, scored three runs after singles from Raimel Tapia and  McMahon. Colorado added two more runs in the sixth when Story homered (his third of the year). A Garrett Hampson double in the seventh scored Charlie Blackmon. The Rockies kept pushing with seven hits and seven runs in the eighth inning — including Nunez’s grand slam.

Colorado southpaw Lucas Gilbreath, a Legacy High School graduate, made his MLB debut in the ninth inning. He gave up a home run on his first pitch to Josh Rojas.