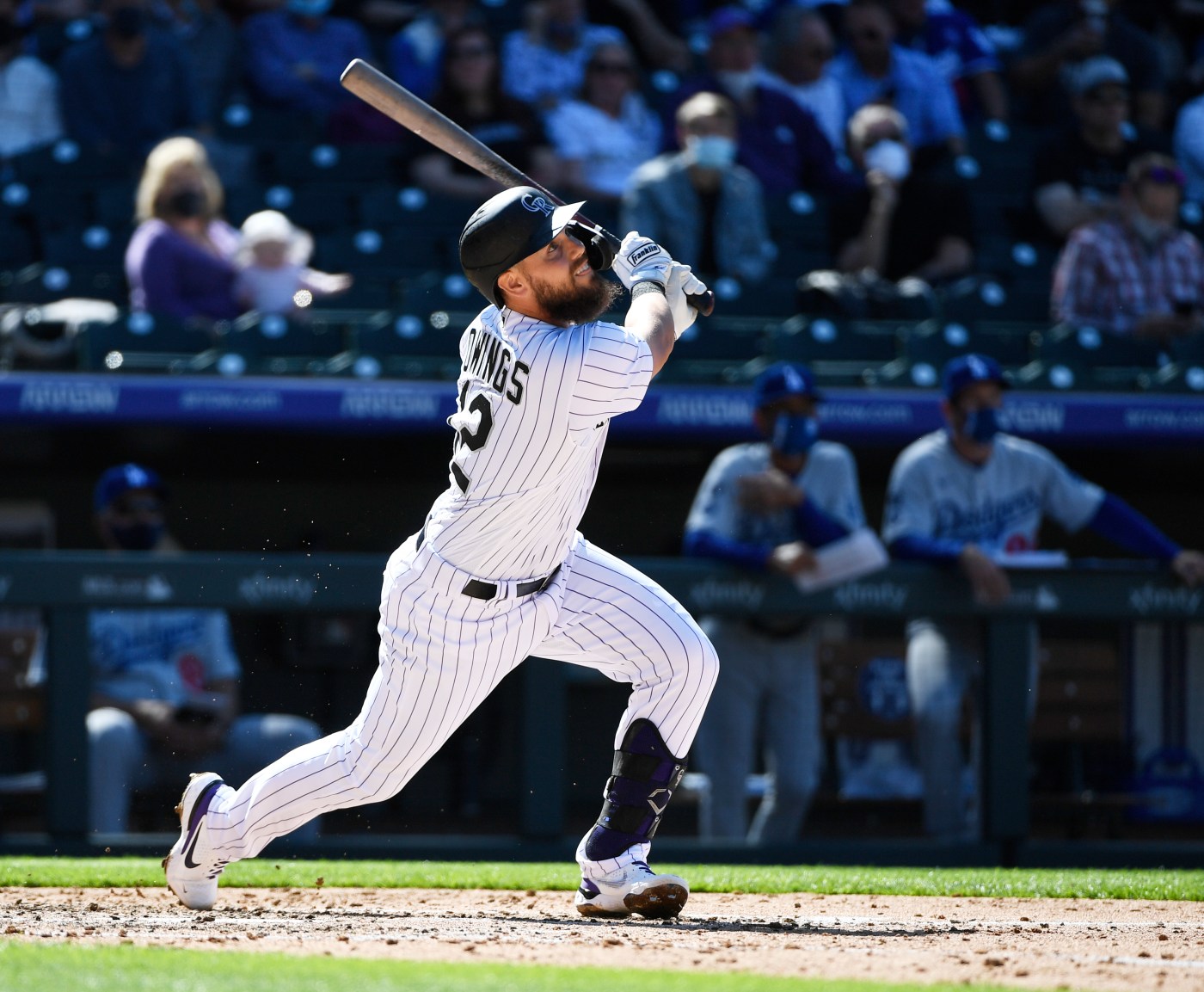 Already hit hard by injuries in the early going, the Rockies are hopeful that utility player Chris Owings won’t have to go on the 10-day injured list.

Thursday morning, manager Bud Black reiterated that Owings’ tight right hamstring does not appear to be a serious injury.

Owens started in right field Wednesday night and tripled and hit two doubles before leaving the game. Owings has been raking. He’s slashed .500/.563/1.000 with three RBIs and leads the National League with two triples.

COVID-19 UPDATE. Black said the Rockies’ Tier 1 individuals — those included in the team’s traveling party — are “well above” the 85% threshold for COVID-19 vaccinations set by Major League Baseball and the MLB Players Association. That will allow the Rockies to relax certain COVID-19 health and safety protocols.

Moving on. The Rockies have moved their alternate training site from Parker to their spring training complex at Salt River Fields in Scottsdale, Ariz. Black said the move was made because it will allow the club to play games against other organizations that are also basing their alternate sites in the Phoenix area.

Roadrunner. Garrett Hampson, one of the fastest players in the majors, stole three bases Wednesday night and followed that up with another steal in Colorado’s 7-3 win over the Diamondbacks on Thursday. His four steals are now tied for the most in the majors with Oakland’s Ramon Laureano.

Milestones. Right-hander Jon Gray, who flirted with a no-hitter for six innings Thursday, now has 704 career strikeouts, joining Jorge De La Rosa, Ubaldo Jimenez, Jeff Francis and Pedro Astacio as the only pitchers to notch 700 Ks in a Rockies uniform. He joined the club by striking out opposing starter Merrill Kelly in the third inning and finished Thursday’s game with five strikeouts. … With a triple in the second inning, Trevor Story moved into a tie for 12th all-time with 24 career triples as a Rockie, joining Brad Hawpe and Matt Holiday.