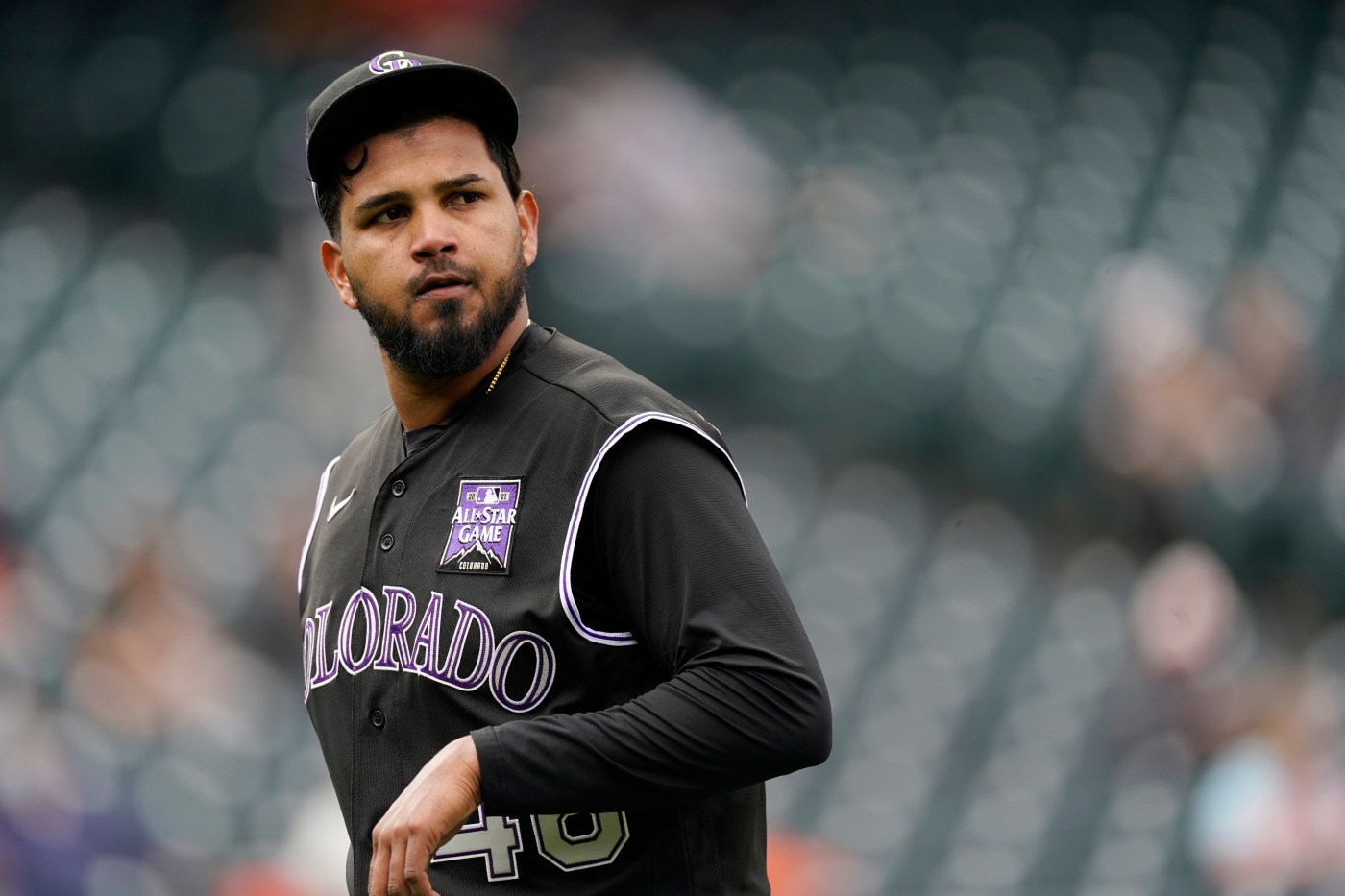 It was a Tuesday matinee horror flick at Coors Field. Let’s call it, “A Nightmare on Blake Street.”

In the first inning, the San Francisco Giants sent 13 hitters to the plate, banged out eights, including a grand slam by Brandon Belt, followed by a solo blast by Buster Posey.

The score after one inning: San Francisco 10, the Rockies zilch.

Rockies right-hander German Marquez, their No. 1 starter, gave up eight runs on six hits and saw his ERA soar from 4.13 to 6.21. Jhoulys Chacin came in and served up the two home runs to the first two batters he faced.

The Giants raised their team batting average by six points in the first inning.

Now for some history:

Bay Area TV Sports: What to watch on Saturday-Sunday

* The last time Marquez started the first game of a doubleheader against the Giants, he pitched just 2 2/3 innings and gave up 11 runs on 11 hits, including two home runs.

* The first time scoring at least 10 runs in one inning since scoring 10 in the bottom of the fourth inning Sept. 7, 2008, vs. Pittsburgh.

* The fifth time in the Giants’ long history that they scored 10-plus runs in the first inning. They hadn’t done it since June 29, 1967, at St. Louis. And they did it against Hall of Famer Bob Gibson. They scored 11 in that game.