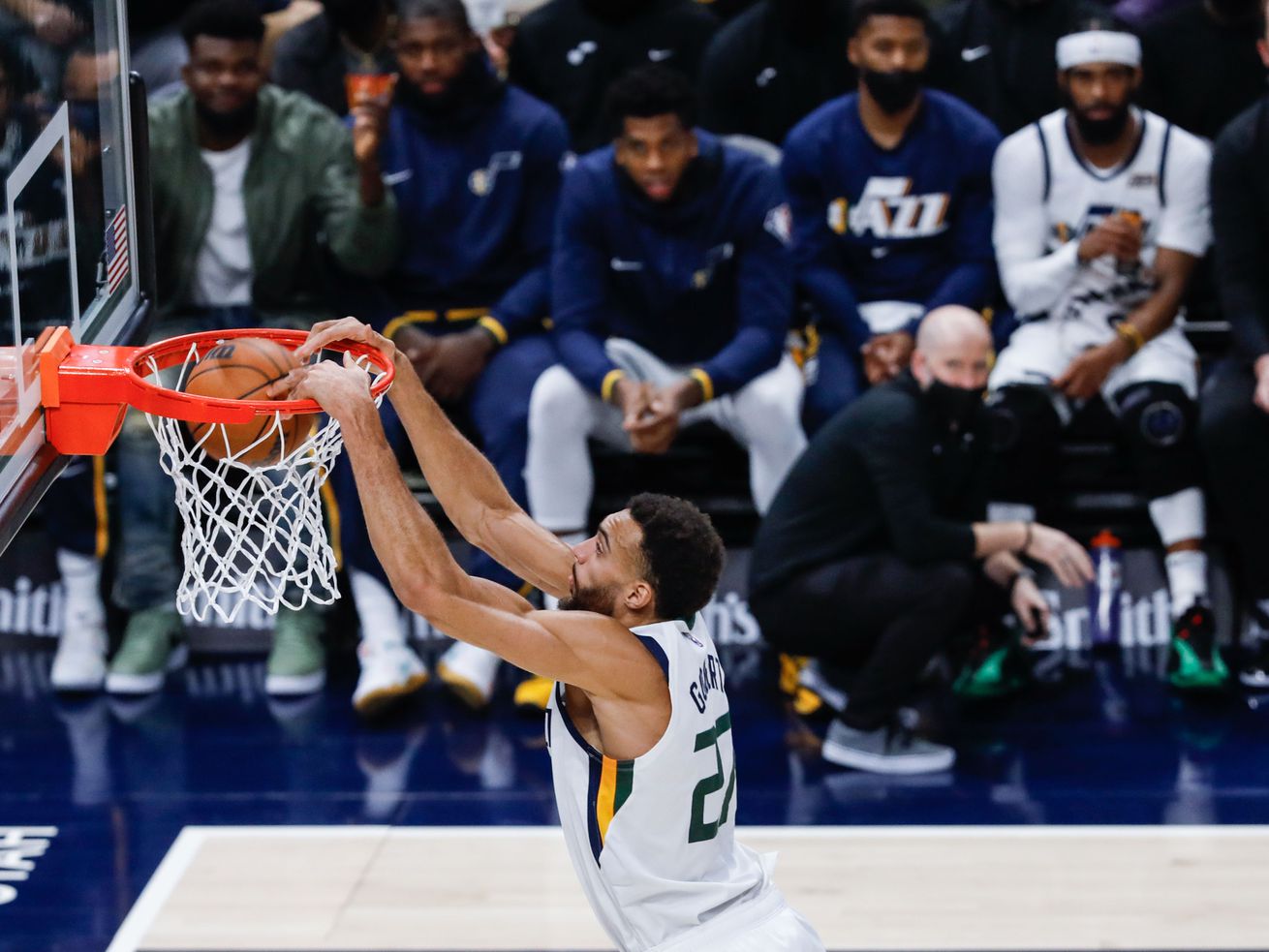 The two Rudys will be available to play against the Denver Nuggets on Sunday.

The Utah Jazz have been scrambling to put together lineups over the past five games, and have especially had trouble fielding a competent front court.

Fortunately, it looks like the Jazz will have an easier time on that front in the coming days.

Rudy Gobert, who missed the last five games after testing positive for COVID-19, and Rudy Gay, who missed the last two games for the same reason, were cleared from the NBA’s health and safety protocol and will be available to play on Sunday when the Jazz visit the Denver Nuggets.

It was actually in Denver, on Jan. 5 when Gobert started to feel a little sick. He said he woke up with a fever and felt like he had a run-of-the-mill cold. He returned two negative rapid COVID-19 tests that day but didn’t play out of caution. The following day a PCR test came back positive.

Though the Jazz beat the Nuggets without Gobert on Jan. 5, the team lost the next four consecutive games.

Who will the Chicago Bears hire? Here’s what to know about the coach and GM searches.

“As a competitor, it’s never easy to watch your team lose games,” Gobert said. “But I do think that sometimes when you go through tough times as a team, down the stretch it can make you better.”

While the Jazz are in the midst of their longest losing streak since February of 2020, they are also aware of the fact that they have lost these games while dealing with a COVID-19 outbreak, and that it’s not wholly reflective of who they are as a team.

With their starting rotation intact and even more players returning on the horizon, the Jazz are hoping to right the ship in the coming days.