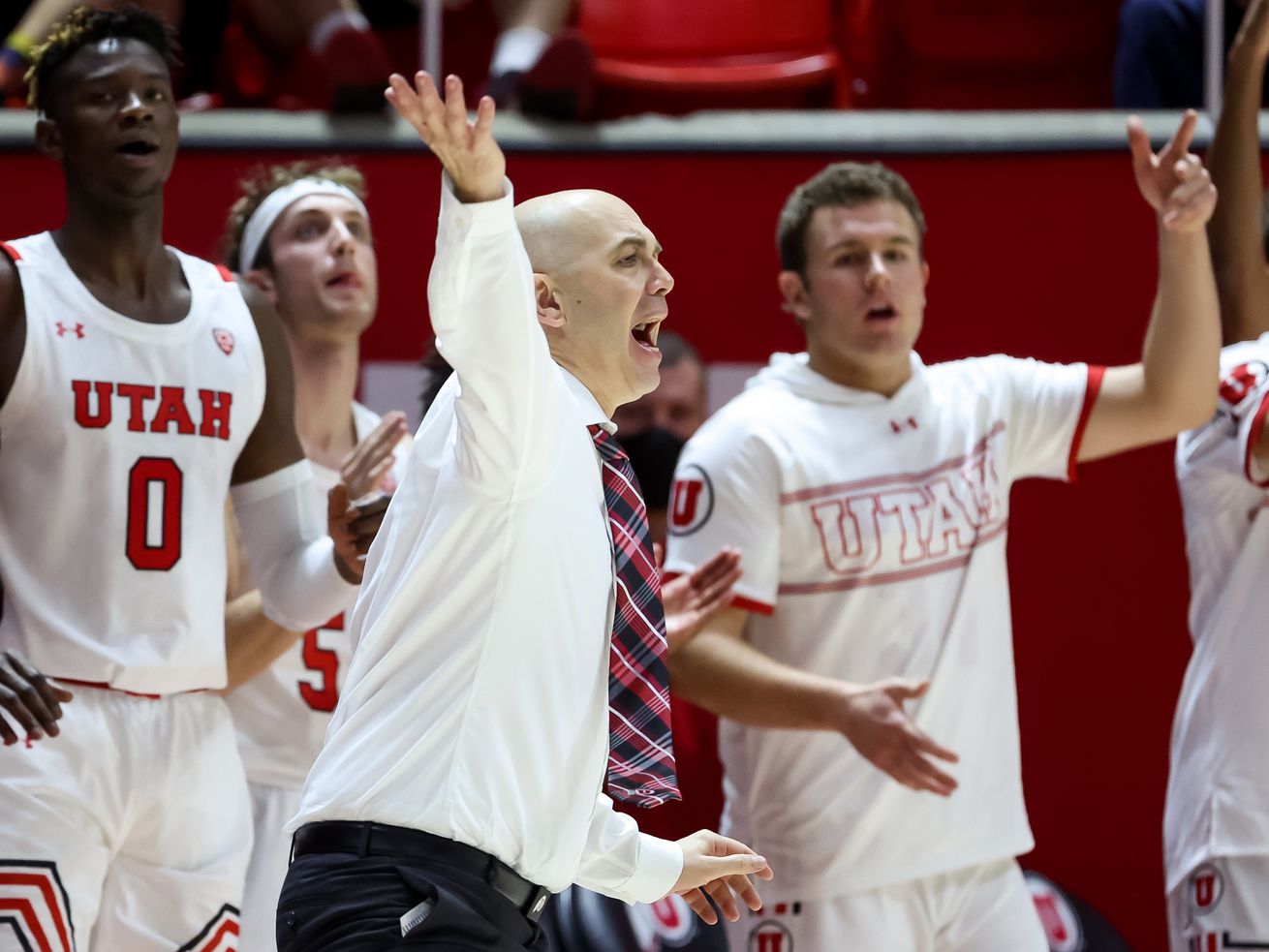 Utah will probably be without star center Branden Carlson when it takes on Arizona State on Thursday in Tempe, Arizona, and hasn’t lost five straight games since 2013.

The adversity that has accompanied the University of Utah’s men’s basketball team this season is wearing on the Runnin’ Utes, coach Craig Smith acknowledged Saturday night after Washington State defeated Utah for the first time in the last 14 matchups between the schools.

But that doesn’t mean the squad or its coaches are ready to throw in the towel, said Smith, who likes to mix in some boxing analogies when he discusses basketball and the toughness required to survive in the Pac-12.

“Disappointed, but certainly not discouraged,” Smith said after the Utes fell to 1-5 in Pac-12 play, 8-8 overall, and were swept at the Huntsman Center by the Washington schools for the first time ever.

Utah has lost four straight games for the first time since last January, when it fell to UCLA and USC on the road and Oregon and Colorado at home in what turned out to be coach Larry Krystkowiak’s final season.

“I mean, it is sad, for sure, that (Branden Carlson) has to go through what he is going through. It really has an impact on our team, because he is one of the best guys, one of the leaders of our team, and for him to go out suddenly, it kinda hits a little bit.” — Utah senior guard Marco Anthony

Of course, they’ve been riddled by injuries and illnesses that have caused them to be shorthanded in almost every game this season. The latest setback came Friday night when star center Branden Carlson suffered an appendicitis attack.

Carlson underwent an emergency appendectomy on Saturday, according to a post on Twitter by his father, Bryan Carlson. Smith didn’t have a timeline for Branden Carlson’s return Saturday night, but recovery time for appendectomies us usually between two and four weeks, according to medicinenet.com.

My “little” boy is finally in surgery. My rational brain knows everything is going to be fine. But, my fathers heart is worried sick.
Appreciated any prayers, good vibes, or positive karma you can send our way. Please and thank you!!!

“It is never easy losing a guy,” Smith said. “You just feel bad for Branden, because (of) the improvements he made over the summer, and then the fall. We all saw that firsthand, in …read more