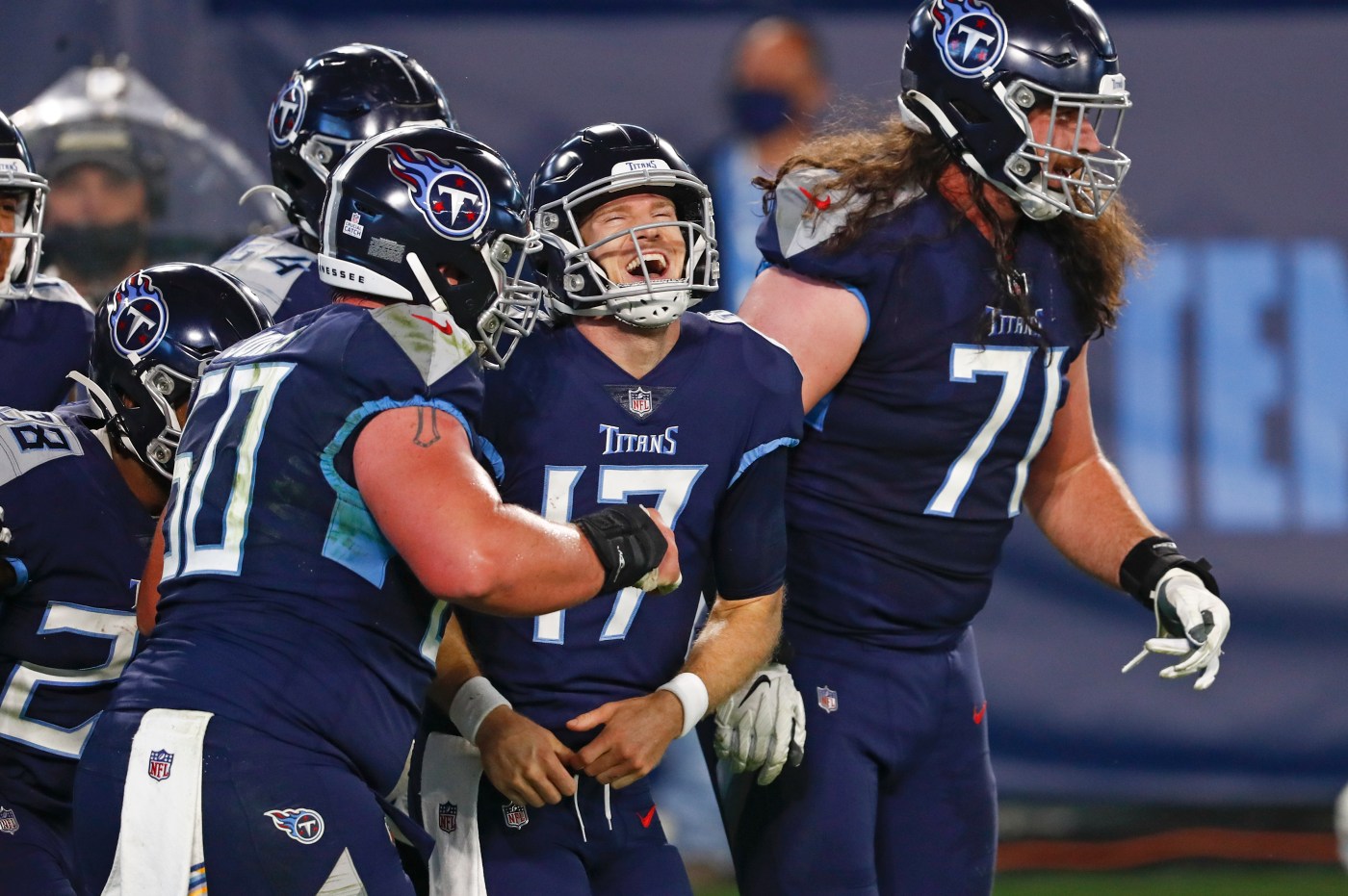 Ryan Tannehill threw for three touchdowns and ran for another as the Titans routed the Buffalo Bills 42-16 on a rare Tuesday night in a showdown between two of the NFL’s five remaining undefeated teams pushed back two days after a couple more positive tests for Tennessee last week.

The Titans (4-0) continued their best start since winning their first 10 games in 2008 despite getting on the field the past three days since their last game Sept. 27 in Minnesota.

The Bills (4-1) had not won five straight games since 2004, and they came in looking for the franchise’s best start since 1991 when Buffalo reached the Super Bowl. They also played without starting cornerbacks with Tre’Davious White inactive because of a back injury and Levi Wallace on injured reserve.

Starting wide receiver John Brown also was out for Buffalo, which had scored at least 30 points in the past three games.

Josh Allen came in second in the NFL in yards passing. He threw for 263 yards and two TDs. Stephon Diggs had 10 catches for 106 yards.

The Titans needed the turnovers with seven key players on the reserve/COVID-19 list led by wide receivers Corey Davis and Adam Humphries and defensive lineman Jeffery Simmons. They also were missing a couple assistant coaches and two players activated off that reserve list earlier Tuesday were scratched.

Nuggets mock draft tracker: What the national experts predict Denver will do

The Titans got a big boost on the Bills’ opening drive.

Allen’s pass went off Andre Roberts’ hands right to Butler, and he returned the interception 29 yards to the Bills 16. Two plays later, Tannehill hit A.J. Brown, who missed the last two games with an injured knee, for a 16-yard TD for the quick lead.

The Bills tied it up with a methodical 15-play drive converting four third downs, taking advantage of a Titans’ defense playing a pair of rookies in end Larrell Murchison and cornerback Chris Jackson. Allen tossed the ball to Isaiah McKenzie for a 3-yard TD tying it up, the ninth different Bill to catch a TD pass from Allen.

Tennessee led 21-10 at halftime after Tannehill ran in from 10 yards seconds before the half. Butler refused to go down after picking off an Allen throw to Gabriel Davis late in the third, and Tannehill found Jonnu Smith for a 4-yard TD and a 28-10 lead three plays later.

The Titans had roughly 8,600 fans on hand for this game. Tennessee originally was going to have fans Oct. 4 for the first time this season, but the outbreak pushed that game with Pittsburgh to Oct. 25. Zip ties were used to keep fans from switching seats, and neck gaiters were given …read more