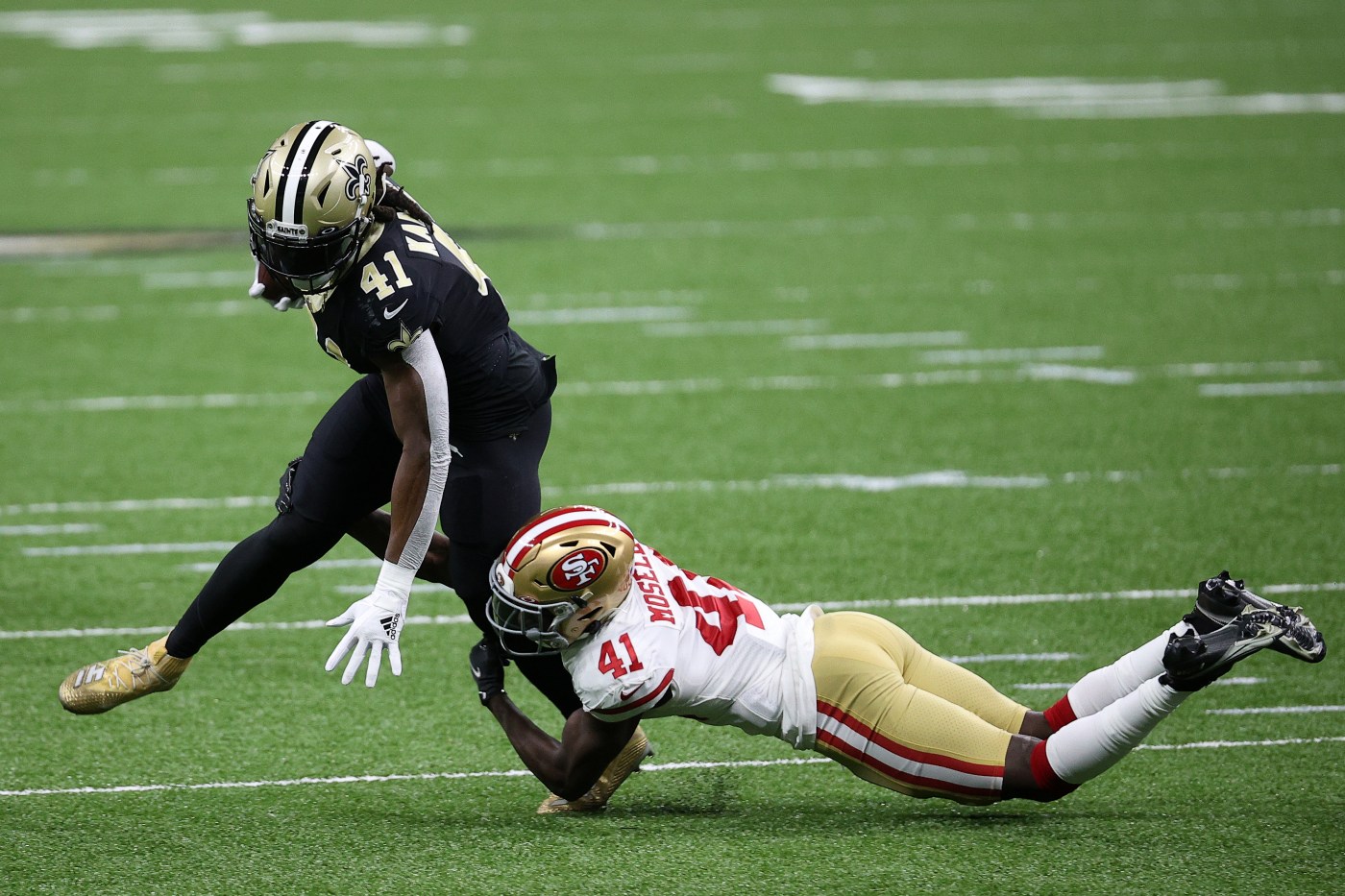 A bad bounce and a controversial call helped the Saints erase the 49ers’ lead in the second quarter of Sunday’s game at the Superdome.

Leading 10-3, the 49ers forced the Saints to punt with 9:30 left in the first half. San Francisco return man Trent Taylor decided to let the punt hit the dome’s turf, but Ken Webster got too close to the landing spot. The ball bounced up and hit him in the helmet, making it a live ball as the Saints jumped on it to steal back a possession.

Lining up at the Niners’ 21-yard line after a no-gain run from Alvin Kamara, Saints quarterback Drew Brees dropped back to pass. Kentavius Street beat the Saints offensive line for a free run at an unsuspecting Brees, hitting him hard and sacking him at the 29-yard line to force a third-and-18 for New Orleans.

Brees laid on the ground for a few seconds after taking the hard hit, and when he got up, an official dropped a flag to call Street for a roughing-the-passer call.

Two Taysom Hill rushes later, the Saints were inside the Niners’ 5-yard line. A toss to Kamara sealed the touchdown and leveled the score.

The Fox crew of Adam Amin, Mark Schlereth and officiating analyst Dean Blandino all agreed it was the wrong call, saying Street didn’t hit Brees with his helmet and landed off to the side of the quarterback when they fell to the ground.

San Francisco cornerback Richard Sherman — watching from home as he recovers from a calf injury didn’t get it either.

“I don’t understand that call!! Street landed off to the side smh [shaking my head],” Sherman tweeted. He later added that it makes “[N]o sense at all. There is literally nothing he can do. He’s getting pushed in the back and still tries to go off to the side.”

49ers head coach Kyle Shanahan was seen by Fox’s cameras shouting at the officials after the play, surely upset with the prospect of watching his team’s hot start as the underdog be undercut by a penalty call.