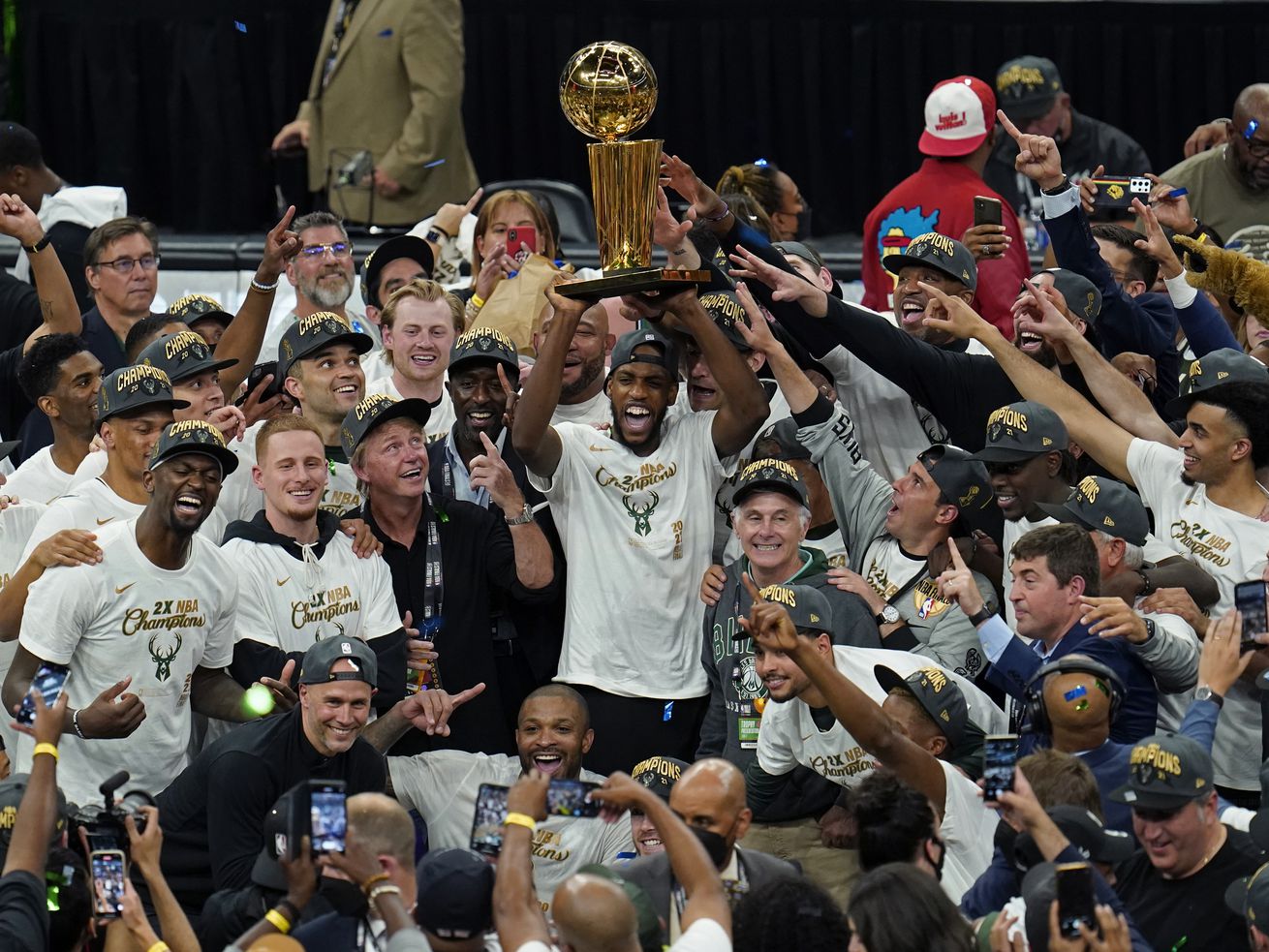 Sam Merrill and Elijah Bryant celebrate with the championship trophy after the Milwaukee Bucks defeated the Phoenix Suns in Game 6 of the NBA Finals in Milwaukee, Tuesday, July 20, 2021. The Bucks won 105-98. | Paul Sancya, Associated Press

The former Utah State and BYU stars are NBA champions after the Milwaukee Bucks defeated the Phoenix Suns in six games on Tuesday night.

Sam Merrill and Elijah Bryant will soon be fitted for championship rings.

The former Utah State and BYU stars are NBA champions after the Milwaukee Bucks defeated the Phoenix Suns in six games on Tuesday night.

Merrill was great at his time at Utah State, where he played for four years. He averaged 19 points per game in his final three seasons and hit a legendary 3-pointer to win the 2020 Mountain West Conference tournament. USU made it to the 2019 NCAA Tournament, led by Merrill.

Merrill was drafted by Milwaukee with the final pick in the in the 2020 NBA draft. He appeared in 30 games for the Bucks in the regular season, averaging three points in eight minutes per game. In his best regular-season game, he scored 15 points in a game against Boston in March. He played 30 total minutes in the playoffs for the Bucks, scoring five total points and appearing in eight games.

Former BYU star Elijah Bryant will forever be able to call himself an NBA champion as well.

In his two seasons with the Cougars, Bryant was huge, averaging 16 points per game. He was undrafted, but carved out a career overseas for four years before the Bucks picked him up on May 13. He scored 16 points in his only regular-season game for Milwaukee. Bryant appeared in 11 games for the Bucks in the playoffs, scoring 14 total points and grabbing 12 total rebounds in 50 total minutes.