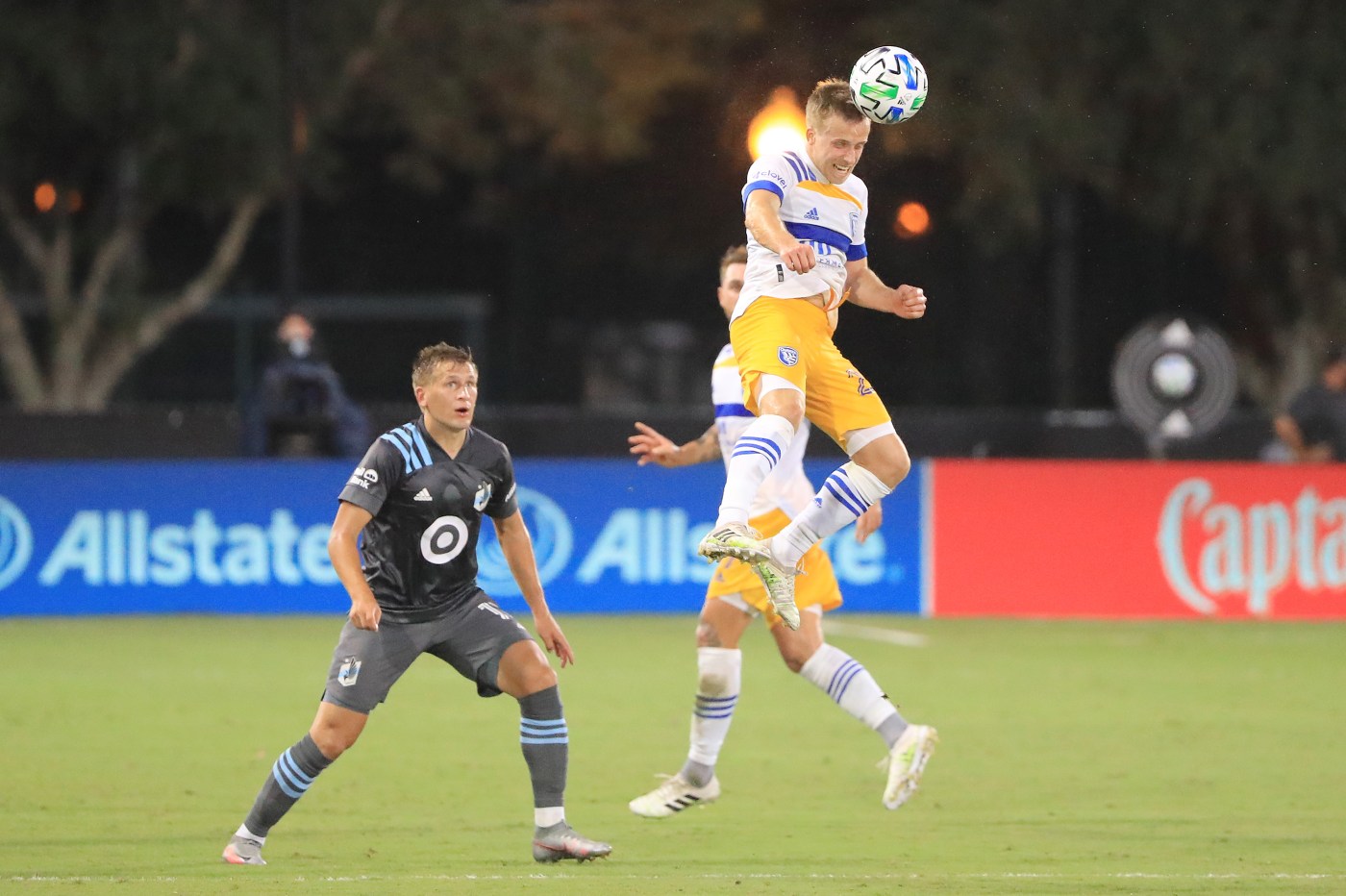 The San Jose Earthquakes’ beautiful run in the MLS Is Back tournament came to a crashing end Saturday.

Minnesota United disrupted the Quakes’ potent offense to score a dominating 4-1 victory in a quarterfinal game at the ESPN Wide World of Sports Complex near Orlando, Florida.

United will face Orlando SC (2-1-2, overall) on Thursday for a trip to the tournament championship Aug. 12. Orlando advanced to the semifinals past favored Los Angeles FC in a penalty shootout on Friday.

San Jose (2-2-2 overall) suffered its first defeat of the tournament and heads home not knowing what happens next. Major League Soccer executives have yet to announce if the regular season will resume as the United States struggles to control the novel coronavirus outbreak.

In the past two years, Minnesota has owned San Jose by winning all four of their matches, including a 5-2 victory at Earthquakes Stadium on March 7.

It was more of the same Saturday night.

“The secret is, try and keep them at bay for long enough periods and maybe get a goal on the counterattack, and work from there,” Minnesota coach Adrian Heath said before the game. “Because, as they proved in this tournament, once they get a head of steam up, they’re very difficult to stop.”

Not that difficult for Minnesota as the Loons have now outscored San Jose 9-3 in two games this season.

Heath had an effective game plan to ensure it stayed that way. For much of the game, the Earthquakes looked unnerved by Minnesota’s pressure.

San Jose had become a league-wide favorite with an usual tactical style that often causes chaos on the field. The Quakes made soccer look fun as they ran past opponents and battered goalkeepers with shot after shot.

But Minnesota out San Jose’d San Jose with a high-pressure, opportunistic attack on Saturday. The Earthquakes’ defense looked shaky from the kickoff because United stayed turned it into a game of chase.

Although San Jose had possession 64.5 percent of the time, Minnesota had 13 shots on target to the Quakes four.

The statistical categories told the story of the game.

It fell apart for San Jose in a 90-second stretch in the first half when Minnesota took a 2-0 lead on goals from Robin Lod and Jacori Hayes. Both scores came from close range when the already agitated San Jose defense collapsed.

Lod scored after a corner kick fell to Hassani Dodson outside the penalty area. He served the ball to Minnesota’s Jose Aja who headed it across the goal as Lod slipped by the Quakes’ Judson to pop it in.

Hayes scored in the 21st minute after goalkeeper Daniel Vega blocked a shot from Ethan Finlay but failed to control the rebound. Hayes tapped that one in.

For a brief period San Jose recovered to start the second half. Before Minnesota could relax Magnus Eriksson had scored on a penalty kick to cut the lead in half.