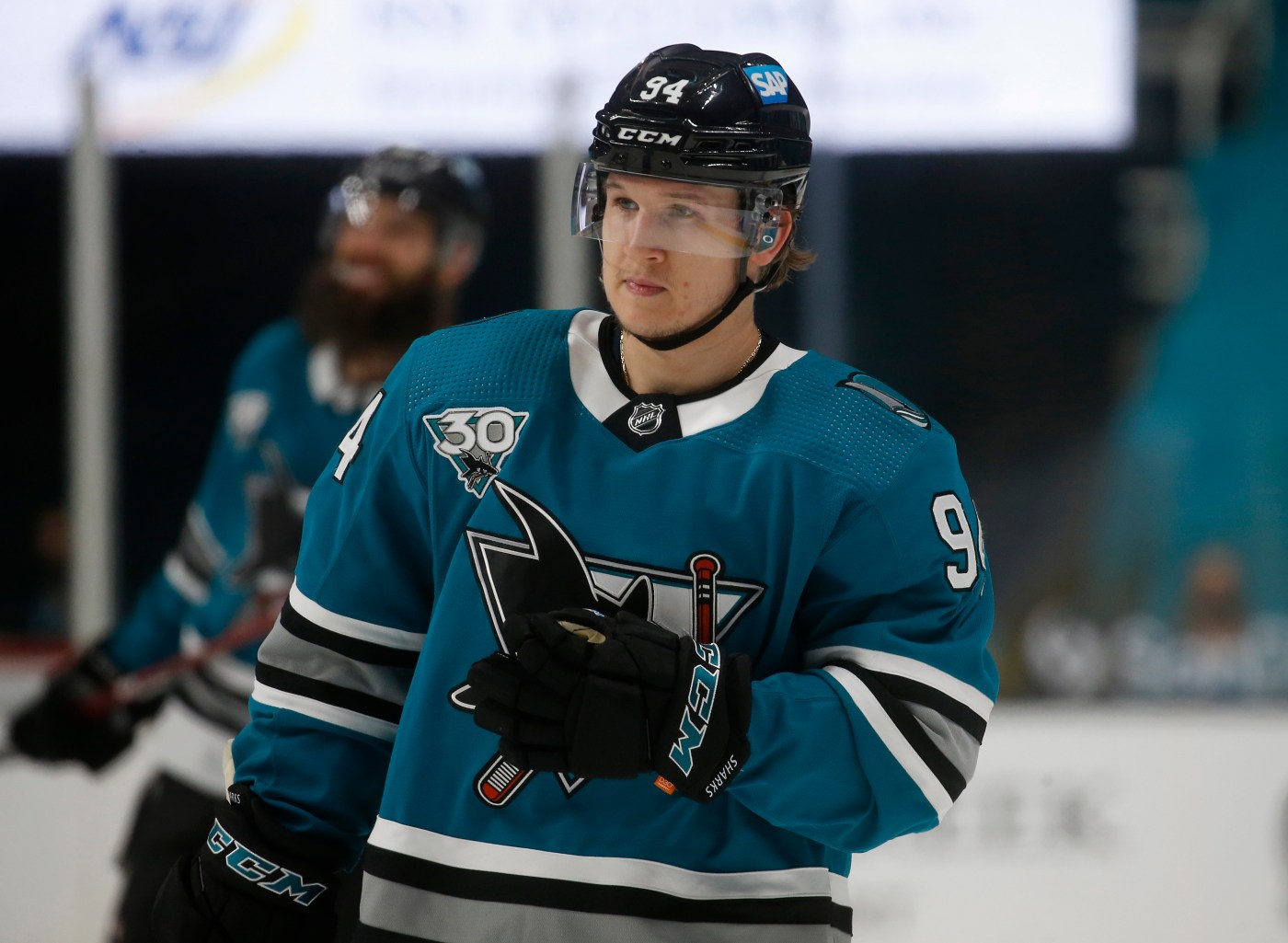 SAN JOSE — Perhaps the best move general manager Doug Wilson and the Sharks’ front office made this season was claiming forward Rudolfs Balcers off waivers from the Ottawa Senators in January.

Acquiring Alexander Barabanov from the Toronto Maple Leafs for seldom-used Antti Suomela just before the NHL trade deadline last month could prove to be another low-risk, high-reward move by Wilson that pays off for the Sharks long-term.

Barabanov will play in his fifth straight game in the Sharks’ top-six forward group Monday night when they start a two-game series with the Colorado Avalanche at SAP Center.

Playing alongside Tomas Hertl and Evander Kane, Barabanov has two goals and two assists in his first four games with San Jose, averaging 17:36 of ice time. He had a goal and an assist in the Sharks’ 4-3 loss to the Avalanche on Saturday in Denver for his first two-point game in the NHL. The night before, Barabanov played 19:15, third-most among all Sharks forwards.

“He’s got extreme skill,” Sharks captain Logan Couture said of Barabanov. “He’s got patience with the puck. Just to watch him in practice, as soon as we got him, he showed up and his skill was evident from the first time he touched the ice with us.”

Barabanov, 26, had a goal and an assist in his first two games for the Sharks, averaging just under 17 minutes of ice time.

With Timo Meier and Kevin Labanc playing in the Sharks’ bottom-six forward group in recent games, Barabanov is getting the kind of opportunity now that he lacked in Toronto, as he dressed for just 13 of the Leafs’ first 41 games, playing mostly fourth-line minutes.

“It’s a great opportunity,” Barabanov said with the help of an interpreter, Sharks defenseman — and fellow Russian — Nikolai Knyzhov, last week. “Happy to get the chance to get back on the ice, play steady and be a full-time NHL player.”

Barabanov is slated to become an unrestricted free agent this summer after he signed a one-year, $925,000 deal with the Maple Leafs last April.

An extension for Barabanov would not figure to be too costly for the Sharks. Considering what on the surface appears to be their tight salary cap situation for next season, the Sharks need all of the impactful forwards on economical contracts that they can get.

The NHL’s salary cap of $81.5 million is expected to remain flat for next season and possibly beyond and per CapFriendly, the Sharks have 13 players for next season who have a total cap hit of $68.5 million.

The Sharks will lose one player in the Seattle Kraken expansion draft – possibly defenseman Brent Burns and his $8 million cap hit for the next four seasons – which would ease the burden to some degree. Still, the Sharks’ roster has holes the team needs to fill.

Balcers, 24, had 16 points in 36 games for the Sharks before Monday and projects to be a top-nine forward next season. He’s slated to become a restricted free …read more