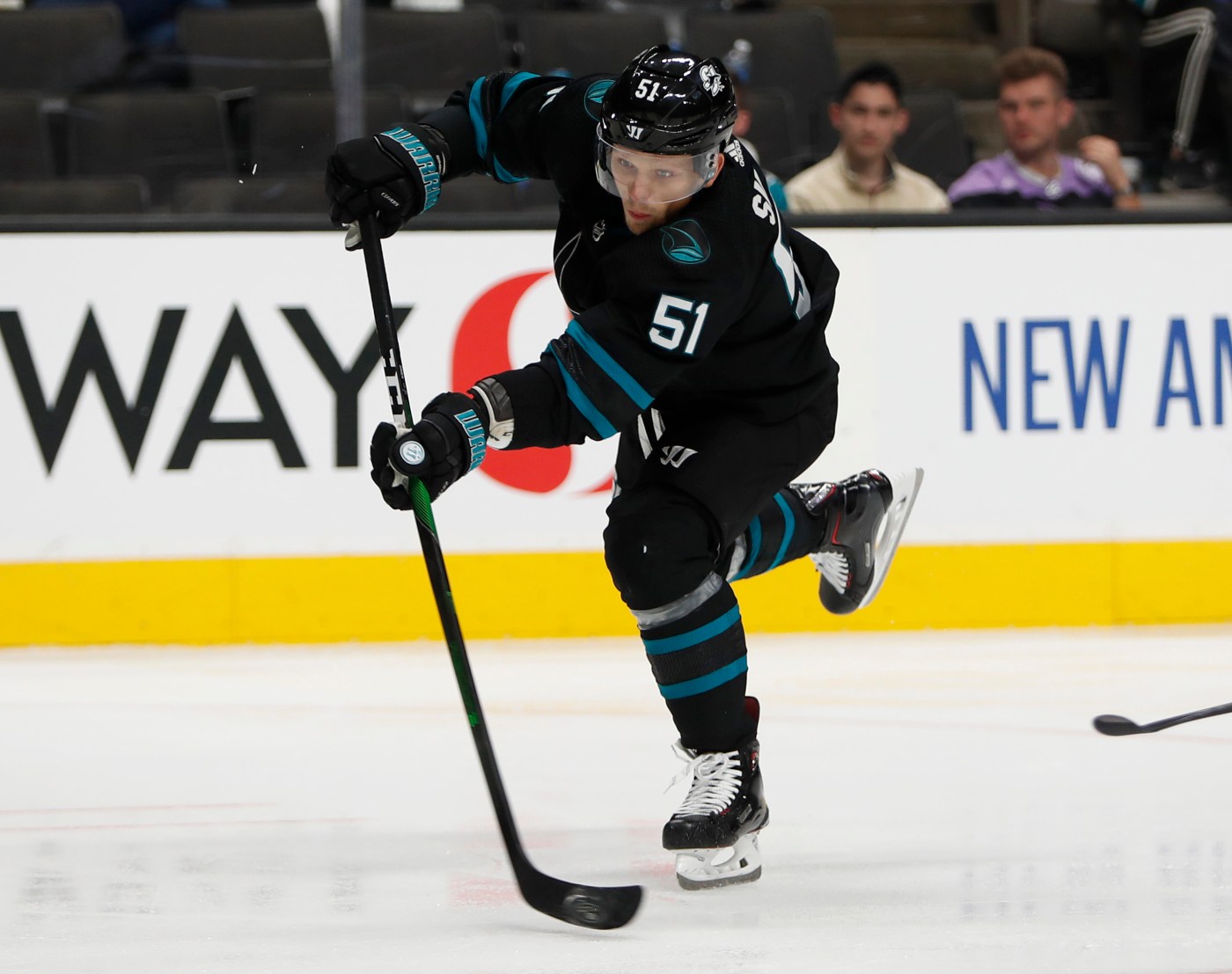 With Radim Simek’s availability for the start of the regular season in question, the San Jose Sharks on Sunday added an insurance policy, signing veteran free agent defenseman Fredrik Claesson to a one-year, two-way contract.

According to CapFriendly, which first reported the signing, Claesson’s salary will be $700,000 at the NHL level and $200,000 if he plays in the AHL.

Claesson, 28, has played 155 NHL games over the last five seasons, including 113 games with the Ottawa Senators from 2015 to 2018 when he was teammates with Erik Karlsson. Claesson played five games with New Jersey at the end of last season after he was acquired by the Devils from the Carolina Hurricanes. Claesson played most of last season with the Charlotte Checkers of the AHL.

It was unclear as of late Sunday afternoon when Claesson would be able to join the Sharks, who be in the Phoenix area for at least the next six days.

Simek said last Monday that he was still experiencing pain in his surgically-repaired right knee at training camp, and that he had also had pain last May or June after he started to skate again in his native Czech Republic.

“I was fighting during the summer with the knee again. I don’t know why and what happened, but I’m still working on my knee,” Simek said. “Hopefully, I’m going to be ready for the start of the season.”

After four days off the ice from Tuesday to Friday, Simek skated on both Saturday and Sunday. The Sharks are scrimmaging Sunday night, but coach Bob Boughner said Simek would not participate.

“We’re slowly getting him back into the swing of things, but he responded well (Saturday) after our skate,” Boughner said. “I think that every day he’s going to improve and hopefully he’s in the lineup on Thursday night.”

Claesson, listed at 6-foot-1 and 205 pounds, has played 14 NHL playoff games, all with the Senators during their run to the Eastern Conference final in 2017. He assisted on Mike Hoffman’s winning goal in Game 6 of the conference finals against Pittsburgh, forcing a Game 7, which the Penguins won in double overtime to advance to the Stanley Cup Final.

Predicting the San Jose Sharks’ final roster: Some decisions will be tougher than others

Coronavirus: Worsening numbers may keep San Jose Sharks on road past this month

Throughout his NHL career, Claesson has averaged 15 minutes and 43 seconds of ice time per …read more