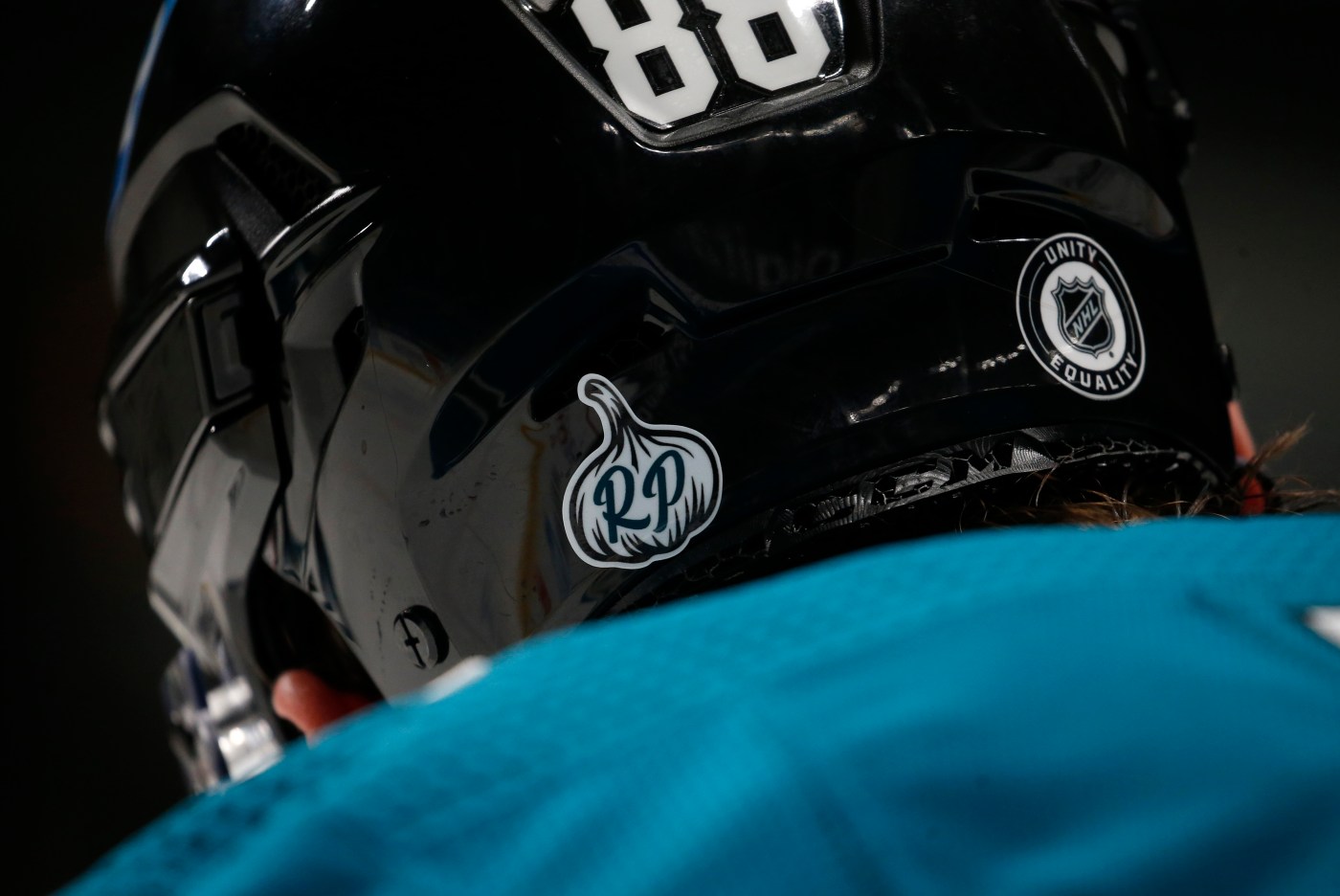 During their game with the Arizona Coyotes, the San Jose Sharks took time during a first-period stoppage in play Wednesday to remember Rich Perez, a team employee for over two decades who passed away on April 28, 2020 after he fell ill from a bacterial infection. Perez was 64.

The Sharks wore decals on the back of their helmets that resembled a garlic bulb with the initials ‘RP.’ The Sharks also announced they were naming their mailroom after Perez, a native of Gilroy.

Perez, nicknamed “Mr. Mayor,” first worked as an usher at the downtown arena for roughly three years before in 1996 he became the Sharks’ mailroom coordinator. The positions allowed him to meet almost everyone in the organization.

“He was always hanging out and we’d always have little talks. He was one of the nicest guys,” Sharks center Tomas Hertl said. “It was super sad when I heard last year what happened. But I always remember good things about him.

“He loved to be around the team and the boys. It’s sad. I miss him.”

Before Joe Thornton played his first home game for the Sharks in 2005, his parents, Mary and Wayne, arrived at the arena several hours early and were hoping to get a look inside the building. After they were initially turned away, Perez stepped in and gave the couple a tour.