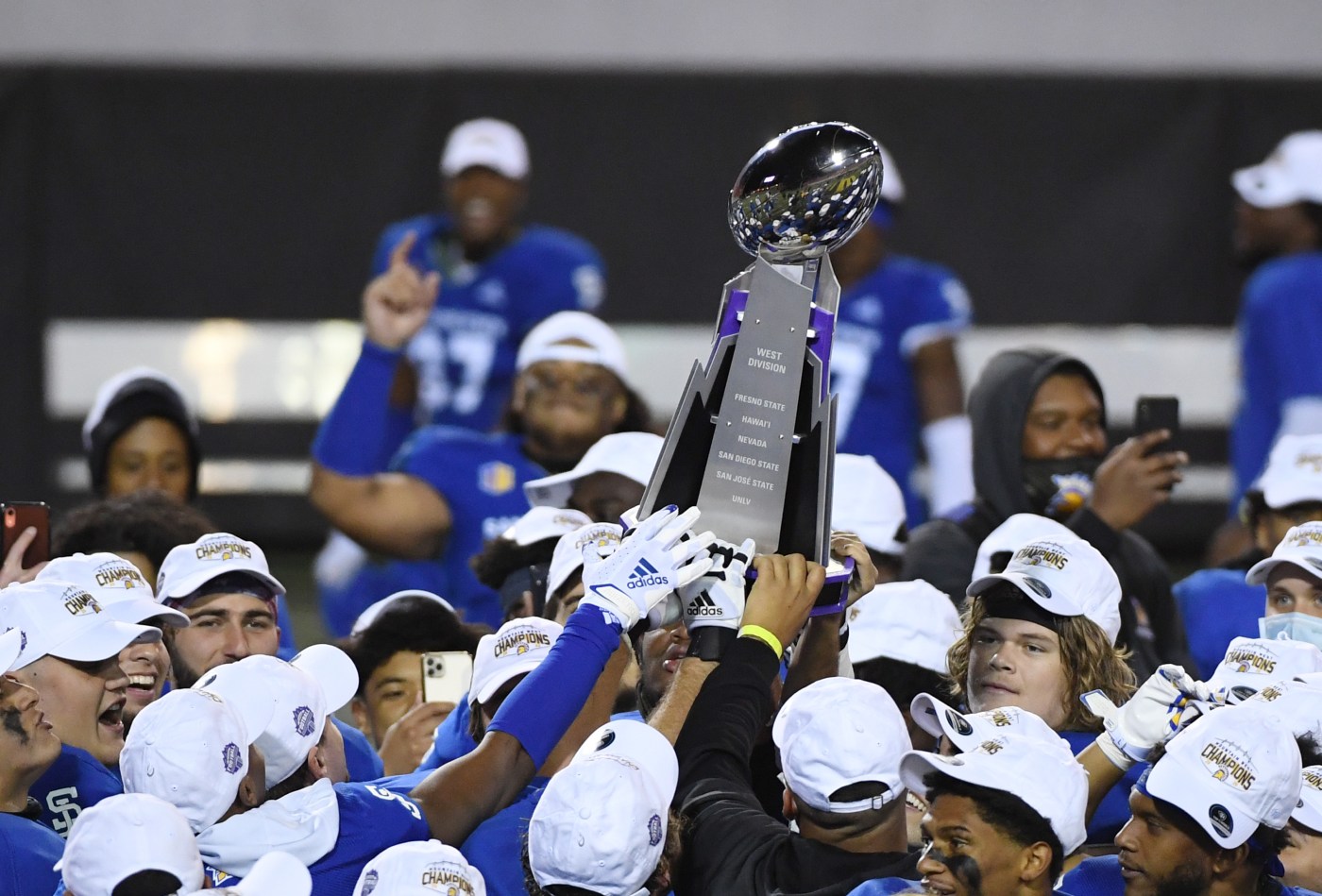 San Jose State’s 2020 football season did not end the way the Spartans hoped, but they still wound up somewhere they hadn’t been for years — in the Associated Press’ end-of-season rankings.

The final rankings, released Tuesday after Alabama’s thrashing of Ohio State in the national championship game, placed the Spartans 24th in the nation.

San Jose State had climbed to No. 19 in the AP’s prior rankings before falling 34-13 in the Arizona Bowl to Ball State, which finished the year one slot ahead at No. 23. The Spartans were missing at least six players in the game — five of whom were starters — including Mountain West defensive player of the year Cade Hall and receiver Bailey Gaither. The team’s offensive and defensive coordinators also missed the game.

Later, SJSU confirmed that it detected positive cases among the team, but an athletic department spokesperson said that it would be inappropriate to attribute all the team’s absences to coronavirus protocols.

Before the bowl game, the Spartans enjoyed their most successful season in decades, including their first 7-0 start since 1939 and their first-ever Mountain West championship, earned with a title game win over conference juggernaut Boise State.

The Spartans lived on the road twice between October and December, first moving preseason camp to Humboldt State’s Arcata campus to avoid Santa Clara County coronavirus protocols. San Jose State also moved its last two home games to Hawaii and Las Vegas and practiced in those locales after the county reverted to stricter protocols in response to climbing case numbers.

The Pac-12 placed one team in the final AP top-25 poll: What that says and why it matters

My ridiculously early top 25 for next season: Alabama isn’t No. 1, plenty of Pac-12 representation … what the heck?

My (final) AP top-25 football ballot: Alabama was the easy call, but then things got complicated

San Jose State also “hosted” the conference title game in Las Vegas before returning to the Bay Area for Christmas. When the team gathered Dec. 26 to test for COVID-19 before traveling to Tucson for the bowl, some tests returned positive, forcing some members of the team’s traveling party to stay in California. Other members of the group tested positive in Arizona, leaving the Spartans further shorthanded for the game.

The last time the Spartans were ranked in an AP postseason poll was early 2013, when they ranked No. 21 …read more