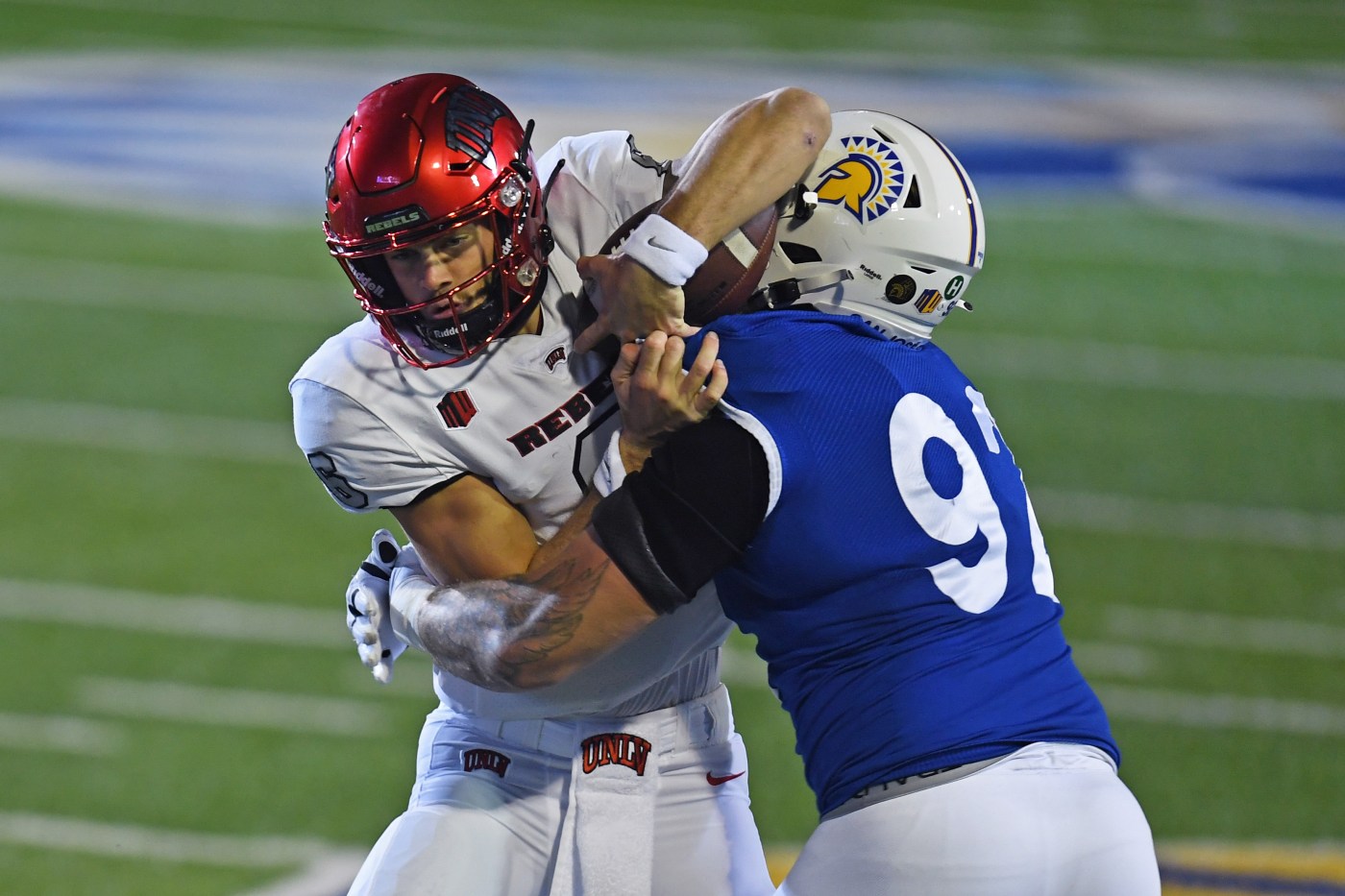 SACK@cade_hall97 comes up huge in the Rebel backfield and UNLV is forced to punt the ball away. pic.twitter.com/YFEDUZt6Z1

San Jose State football vs. UNLV: What to know

The Spartans have now been honored by the Mountain West Conference in three consecutive weeks as quarterback Nick Starkel was named the conference’s top offensive player following the team’s 38-21 win over the University of New Mexico.

Prior to last week, the Spartans had not been honored in consecutive weeks since 2013 when quarterback David Fales and placekicker Austin Lopez received recognition following back-to-back games.

San Jose State’s 4-0 start is the program’s best since 1955 and the program was named on five AP Top 25 ballots, one fewer than perennial Mountain West juggernaut Boise State. The Spartans will attempt to improve to 5-0 on Saturday when they travel to play a 3-1 Fresno State team.

Fresno State wide receiver Jalen Cropper was the Mountain West’s Offensive Player of the Week after setting career-highs with 10 catches, 202 yards and three touchdowns in a 35-16 victory at Utah State.