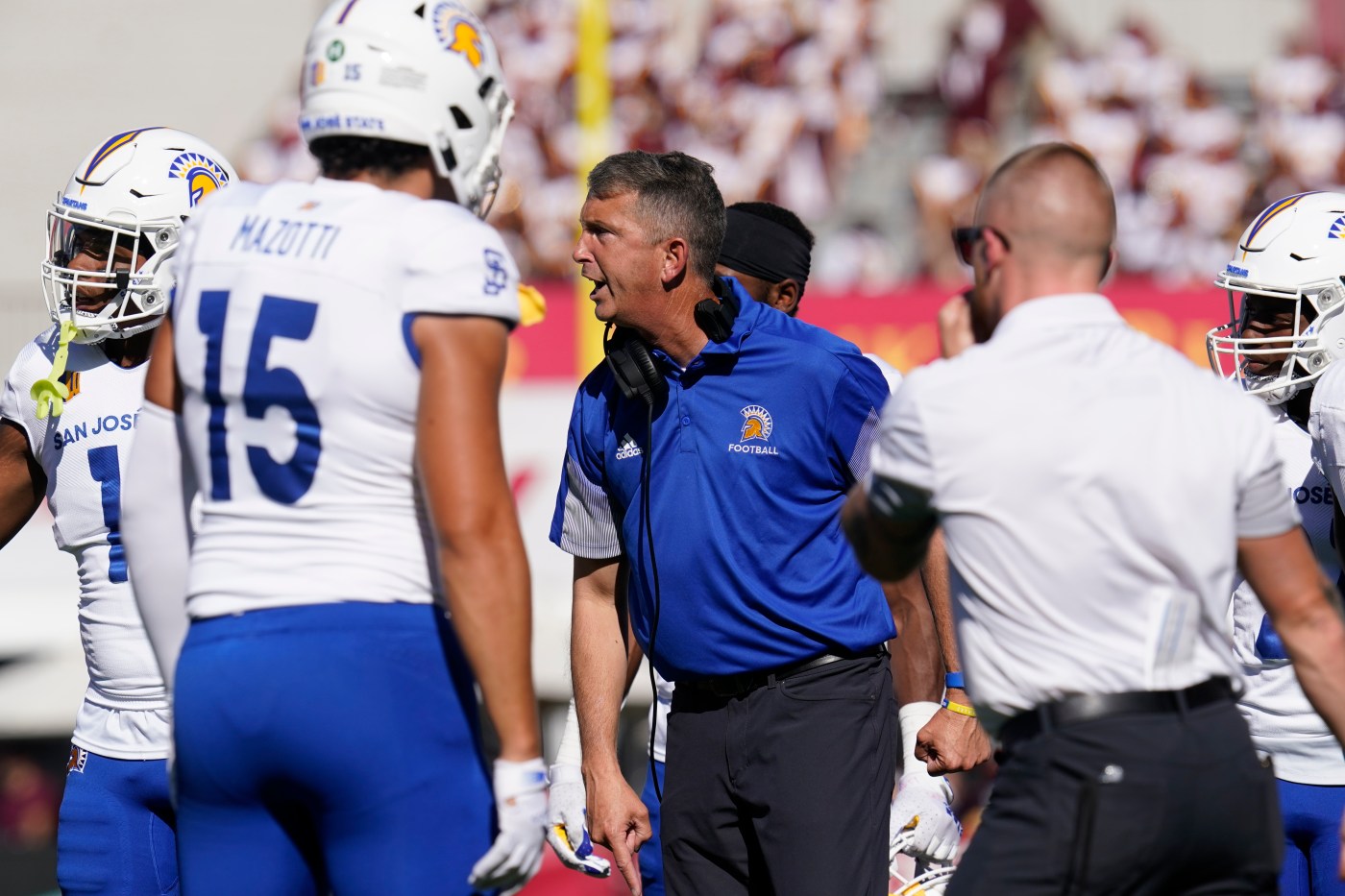 A 32-14 loss at Colorado State not only leaves little room for error in a quest for back-to-back conference titles, but it also brings into question whether the Spartans (3-3, 1-1 Mountain West) will qualify for a bowl game.

No. 25 San Diego State comes into town this upcoming Friday, which could leave San Jose State below .500 and in need of three wins over the final five games in order to participate in the postseason.

Nash turned it over twice, with an interception in the first quarter and a fumble with 7 minutes, 56 seconds left in the game. He finished 10-of-21 for 152 yards, with an 18-yard touchdown to tight end Derrick Deese Jr. late in the first half and a 34-yard strike to wideout Isaiah Hamilton with 79 seconds left before the final whistle.

San Jose State, which saw an end to its nine-game win streak in conference play, has only produced three TDs during its three losses on the road. It’s the first defeat at the hands of a Mountain West foe since Nov. 23, 2019 at UNLV, 38-35.

Shamar Garrett muffed a punt return in the second quarter, pushing the Spartans to 13 turnovers on the season.

Colorado State (2-3, 1-0 Mountain West), which was coming off a bye, found the end zone on its opening possession and never trailed.

Quarterback Todd Centeio completed his first 12 passes and connected with wideout Ty McCullouch on a 60-yard touchdown in the third quarter, extending a 16-7 lead at intermission.